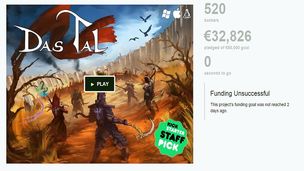 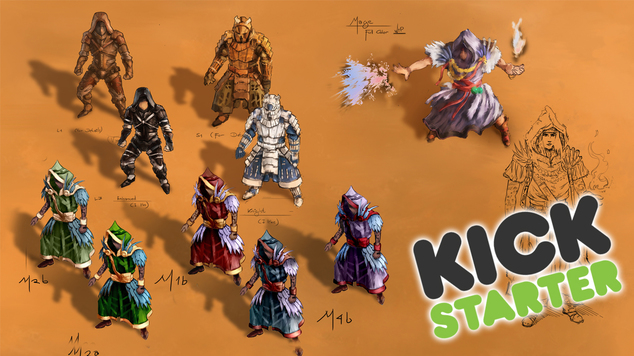 If you haven't heard of this game yet, you should definitely give it a peek. I tend to consider it as a bit of a hybrid between an MMO and MOBA, and with it's isometric viewpoint it definitely feels very similar to Runescape, A Tale in the Desert, and even Ultima Online. However, the skill-based combat and depth provided by the high-quality 2D/3D art blending makes it feel much more like a MOBA in many respects. It's an interesting little beast that should definitely cater to a growing audience of players that enjoys the PvP combat of MOBAs but is looking for something a little more permanent.

I've been following Das Tal for months now, and even posted a few articles on it here and there. It's an interesting smaller title in development that features a heavy PvP focus with all it's skill-based combat. The development team recently launched it's Kickstarter campaign earlier this week and has already achieved 25% of their humble $56,000 goal. I've seen significantly lower-quality games asking for three times as much money as that, so this is definitely a bargain. The campaign already has over 200 backers and still has 25 days left to achieve their goal.

I typically don't agree with Kickstarter campaigns very often, but the developers at the Fairytale Distillery took a lot of time asking questions to their core audience of followers - and they actually listened to the feedback. They've chosen to build their entire campaign almost exactly the way the fans they already have would spend their money - which is a very wise move. The whole thing also feels very unlike the money-grab attempts of other, larger MMO projects - so I'm actually excited to talk about this one and try to help these guys achieve their goal.

Below is just one of the many videos they've already posted up on their campaign, but this should give you just a brief idea of what the combat in Das Tal looks like so far:

[If you watch closely you might see my name pop up a few times during combat, as I was actually present on the servers the day they were filming video for their Kickstarter campaign.]

It's still early on, and this game has a while yet to go, but it's heavily improved each time I've hopped in and it continues to get smoother, more polished, and more fleshed out with every visit. It might not seem like much, but once you actually step in and play around with the combat yourself, you might be shocked how simple and rewarding it is. Even with the limited abilities already in the game, there is plenty of strategy and unique combat situations that will test both your wits and your reflexes.

You can find out more info about this game by visiting their Kickstart campaign page or by checking out their game's official website.

To read the latest guides, news, and features you can visit our Das-Tal Game Page.