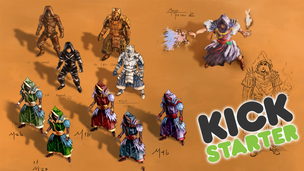 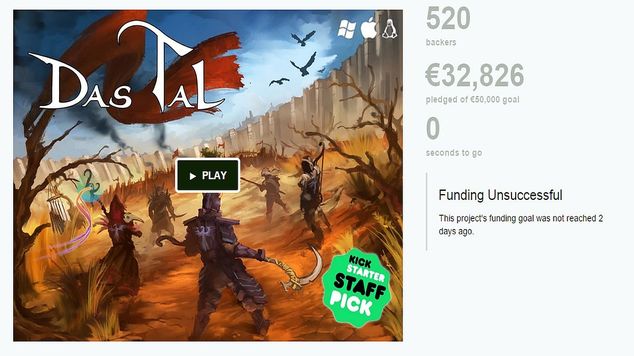 David Wells reached out with a letter to his fans indicating that Das Tal isn't over with and Kickstarter wasn't their only funding source. Even more interesting is that development will speed up now that their attention isn't specifically on Kickstarter.

To answer that question, Das Tal will continue with development. That is the simplest way to put it. The Kickstarter was never our one and only path, and we would not have kicked it off so early if we were risking everything. We plan to jump straight back into a development push that will see the game improve at a faster rate than it was even during Kickstarter, as we had basically all team members doing at least a little publicity work.

Das Tal failed to Kickstart, requesting 50,000 pounds and only receiving 33,000. A growing community has formed around the game wanting the mix between MOBA style combat and a persistant world, sort of like a persistant Diablo, if you will. Das Tal will feature rulesets similar to Ultima Online and Shadowbane, where on death you'll drop some of your gear, with rules to help protect newbies and low-level players and the entire world should be open PvP. As development continues, I'm sure that they'll start up alternate funding methods.

David Wells had this to say in closing:

Thank you so much to everyone who supported us. Whether it was financially, through media coverage of what is still a small indie project, by spreading the word, or by coming along to one of our tests. It means a lot to us, and we will keep working hard on creating an awesome game.

They're obviously very thankful for backers and if you are following Das Tal or interested in more information, I'd check out their official site for more information and ways to possibly back it off of Kickstarter.

To read the latest guides, news, and features you can visit our Das-Tal Game Page.