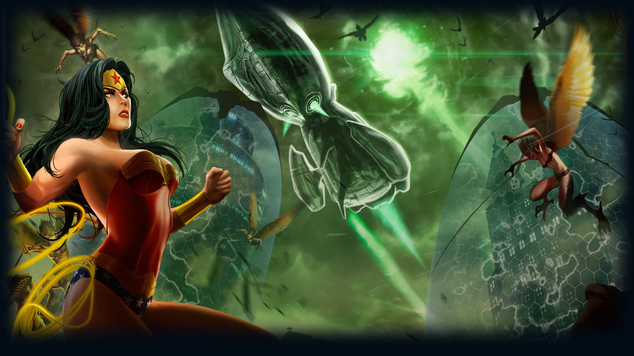 In addition to the announcement, Creative Director Jens Andersen has posted a new letter discussing the story behind the DLC as well as some of its content.

In Brainiac's bid to digitize the multiverse, he created three avatars, each associated with a powerful Nexus of Technology, Meta, and Magic. It was the Avatar of Magic’s creation on Themyscira outside the gates of Tartarus that has led us to this moment. Furious at the attack on Paradise Island, Hippolyta, Queen of the Amazons, began silently planning a counterstrike. Holding the mortal world responsible for letting the infestation of Braniac reach her shores, she decides the time for peace has passed and that the time of war and death has begun.

Amazon Fury Part I will be available for PC, PplayStations 3, and PlayStation 4 this spring.