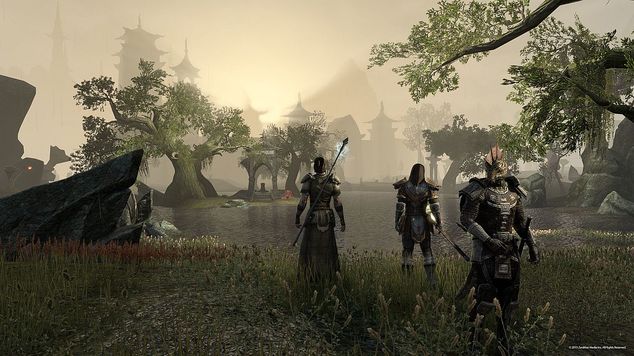 The amazing infographic below showcases some pretty cool and interesting stats for the game. What is missing is the total number of concurrent players, but I'll take the stats they've given just because they're pretty interesting to read. One thing that strikes me as fun to think about is 12 million PvP deaths and the focus on PvP stats. When ESO didn't have a subscription, does that mean that players focused only on PvP? Does this mean that ESO is a game where PvP is what everyone wants to do? I found the PvP to be a bit odd to chew on, but with nothing else to do it may be what players resorted to.

While the infographic is fun and awesome, I do wish it had stats for after it became free-to-play or something about how many players actually played. Some numbers that seem odd to me is the 47 million potions. If ESO had 1 million players, each would need to brew 47 potions, but that's not how potion making works. Someone will brew several thousand and then distribute them. So while it's interesting, I don't know how to really process the information.

One thing to note is that there were 2.5 billion NPCs who had fallen in battle. That's a lot of grinding! Anyway, enjoy the infographic below. It's pretty cool to see some of these stats from the game.