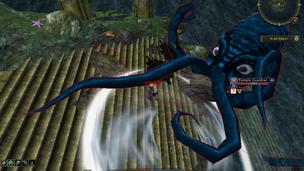 Its not often that I have to wonder if a developers studio was named after the secret cow level in Diablo II (good times), but I found that thought racing through my head today as I read the latest release from the Hunted Cow Studios for Eldevin, a free-to-play browser-based game heading to closed beta in March. In a virtual one-two punch combo today, the studio released the first gameplay trailer for Eldevin, which with its UI and isometric view only fueled my cow-level induced nostalgia, and also announced the start of closed beta registration.

Eldevin doesnt require high-end graphics hardware and will run from the browser using Java technology. If all goes as planned, the game should be playable for all major web browsers on laptops, desktops and many netbooks without the need to download a huge client.

You can learn more about the game and sign up for a chance to join the closed beta on the Eldevin website. Access will be granted to select players in waves over the next few months with the initial beta set to begin in March.

To read the latest guides, news, and features you can visit our Eldevin Game Page.