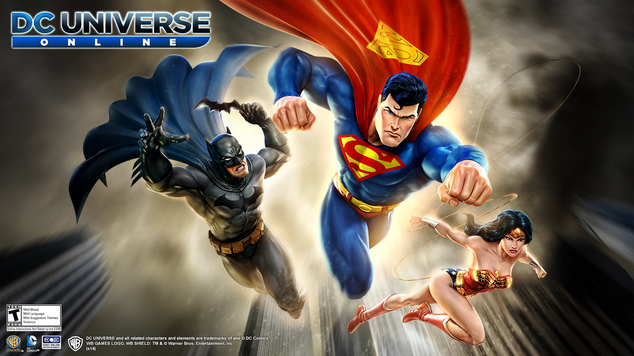 DCUO Episode 18 is now live for all-access members and on November 11th it'll arrive for everyone else available in the Marketplace. In this update there will be the Atomic power, the new 8-player operation, and a 2-play duo, along with game update 54 which includes lots of additional updates.

Episode 18 launches for Members on Wednesday, November 4, 2015, followed by the Marketplace launch (for non-Members) on November 11, 2015. Episode 18 features penultimate chapters in two of our ongoing storylines. "Blackest Day" is an 8-player Operation that will lead us to the finale of the War of the Light, and "The Demon's Pit" is a 2-player Duo that sets up a final confrontation with the League of Assassins.

Game Update 54 ALSO launches on November 4, 2015! Of note, GU54 introduces the new R&D Gear System, just in time for Episode 18. (At launch, the system is only implemented for Episode 18.)

But that's not all, because the update also brings Cross Faction PvE, Suicide Squad style AND midrange power updates for Fire, Gadgets, and Quantum.

Blast your enemies with the new Atomic powers, a Tank and Damage powerset focused on manipulating nuclear energy. Atomic launches for all players on November 4, 2015. Members will automatically have access to Atomic, while non-Members will be able to purchase it in the Marketplace.

You can purchase an all-access membership pass to become a member and have access to not only DCUO but other Daybreak Game titles. Beyond that, the update will be for sale on November 11th if you'd prefer to just buy each update by update. Updates are coming monthly now, smaller more frequent updates, so expect another one next month (I believe). You can read the full details over on the official site.