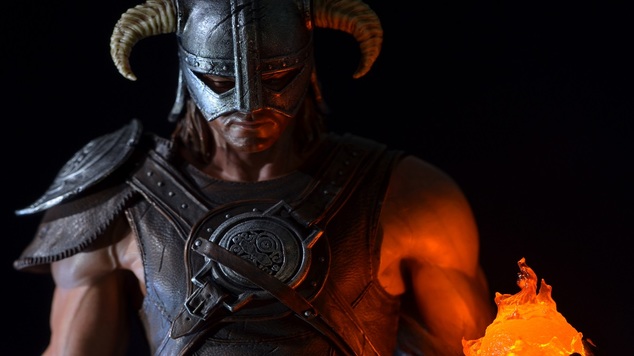 World of Warcraft isn't the only game with it's highly anticipated content patch hitting its Public Test Server in recent days. v1.6 will be the last content update to hit The Elder Scrolls Online before the shift to Tamriel Unlimited and the console launch. The notes currently available for v1.6 are absolutely massive, so I will work on hitting the high points of what's in v1.6 and hopefully won't miss any of the big to-dos, because there's more than quite a few here. There's been a lot of criticism over this being the last patch until after The Elder Scrolls Online: Tamriel Unlimited launches for desktops and consoles.

The Justice System will give players a whole slew of new options of what to do in game, through a sort of minigame that can be worked on while you're focusing on the game itself. The Justice System includes options like being able to steal from Tamriel citizens, including not just items, but being able to pickpockets as well. You can also break and enter into houses, since some homes can be owned by citizens. Throughout the world there are safeboxes that, if you can overcome those who guard the boxes, are there for the looting. Citizens are also now killable, so if you want to become a dispicable person in game, you can now assult and even murder citizens, with the chance of being able to loot the corpses. Be careful though! Your actions will have consequences, meaning guards and citizens can and will attack you. If you have a bounty on you, guards will seek you out. Rather than having a permanent faction loss, this bounty will be a sliding scale called the Bounty Meter, which has different levels of how you will be viewed by guards and citizens. If you want to stay at a level where you are not kill on sight, you can pay a fence to lower the level on your Bounty Meter. Fences are also who you need to speak to if you want to sell any of the goods you have stolen throughout Tamriel. 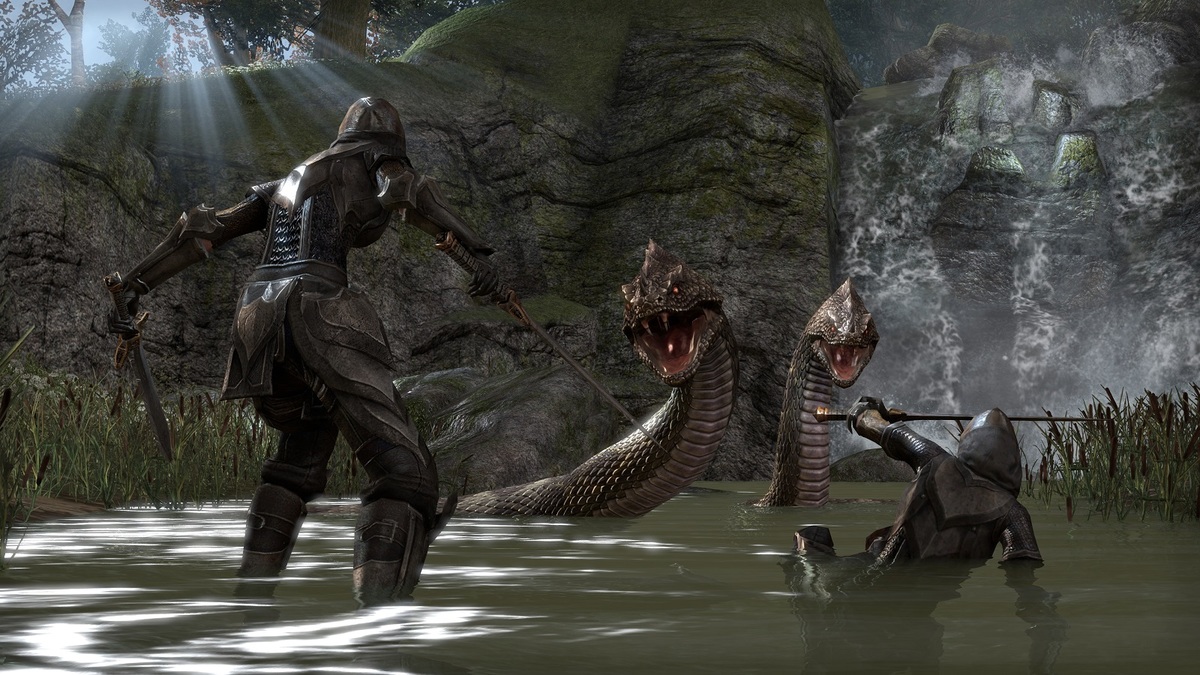 The Champion System is a high level progression and development system to add more depth and choice for you, which you'll gain access to at Veteran Rank 1. One nice thing about this system is that if you earn Champion Points on your one character that has achieved Veteran Rank 1 or higher, your other characters, regardless of level or Veteran Rank, will also receive these points. Your characters do not share points, but rather, each character will be able to do as you wish with the points once earned. After you've received Veteran Rank 1, Champion Points are earned by gaining experience. Another mechanic earned after Veteran Rank 1 is called Enlightenment, which is part of the Champion System. Enlightenment will slowly accrue on your account, regardless of what character you're playing, at a fixed rate. While you have Enlightenment, you will gain bonus experience that goes towards the rate your XP gives you Champion Points. Champion Points can then be allocated in nine different “constellation” broken into three groups. You can earn points in either Warrior, Mage or Thief, and the points earned within that group must be spent in that group. You won't be locked into only spending within one group, though, since each point spent will rotate to the group you can now earn in.

Because of the Champion System, general attributes have been modified. This is to try to keep stat inflation at bay, instead of having people with 90 bajillionty hit points running around. Synergy ablities now scale from your highest stats. Diminishing returns have been removed. Tool tips have been updated. Area of effect abilities no longer have hard caps and can hit up to 60 targets, but only the first six will receive 100% of the damage. Animations in general have received polish. The Provisioning system has been overhauled. Since I currently do not play ESO, I can only say that these notes read to mean that the system has overall been simplified and diversified. A collections system is now in place to hold all of your vanity pets, mounts, and costumes (with the exception of disguises “at this time”), which will free up inventory space. The Crown Store is available on PTS, and those who log in to test the system will receive 5,500 Crowns to try out. These Crowns do not transfer to live servers. Trial Leaderboards will be reset with v1.6, with the system switching over to a point-based system. 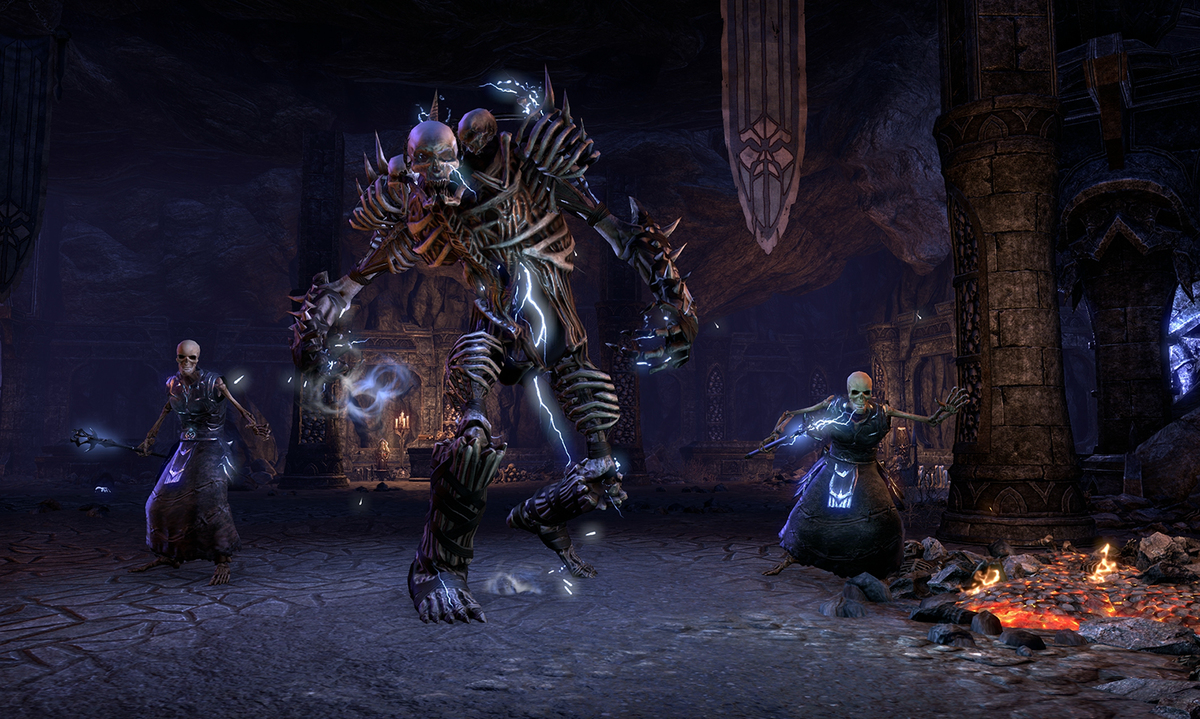 Newbies like myself can rejoice in the tutorial being updated with update 6, as well! When I tried to beta test ESO I didn't make it through the tutorial, so this is good news.

For full notes, please see the official forums post. If you can't access the forums while you're at work, but are somehow reading this news article, check out the Reddit mirror. I also recommend the general news announcement for Tamriel Unlimited, as well as the Reddit AMA transcription.