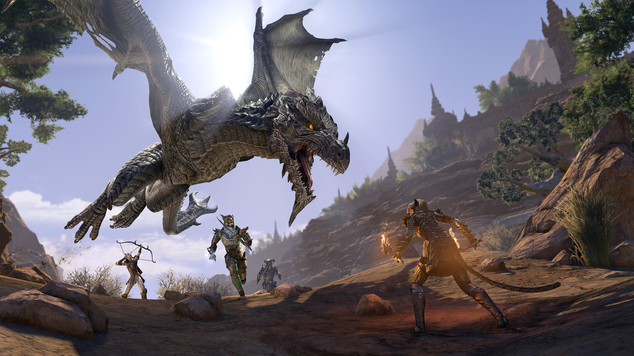 ESO Set To Update Racials
Update 21 brings plenty of changes, with the expansion set for June.

Over on the official forums, the combat team have shown an early look at the racial updates for The Elder Scrolls Online. Set to arrive on the Public Test Server next week, the changes are designed to create greater racial/class diversity, while reducing the mathematical potency of certain combinations.

To summarize, we decided to focus more on racial balance this update because racial choice was one of the larger outliers to our core mantra of the game - freedom. We wanted to expand the horizon for choice and present players with a self-reflecting question of “What is my playstyle or ideal build?”, providing options to help reach that individual answer. Now, instead of having a single race that focuses almost exclusively on a specific playstyle, you can pick based on a personal level.

Overall, the list of changes - and the process behind it - is significant. I suspect in the long-term it'll be far better for new and existing players, but will see some be disgruntled at their race being adjusted. As someone who plays a Wood Elf, the changes don't look too bad.

On top of the above, there's obviously the news that the next expansion, Elsweyr, is on the horizon. As a three biome province, players will romp across desert, savanna and jungle areas, while having the ability to play the Necromancer. Right now, there's a fair amount of details trickling out about the class, with a brilliant preview over at altcashq.

Lastly, the new Chapter will introduce Kaalgrontiid, with the intention that this addition binds together the future DLC.