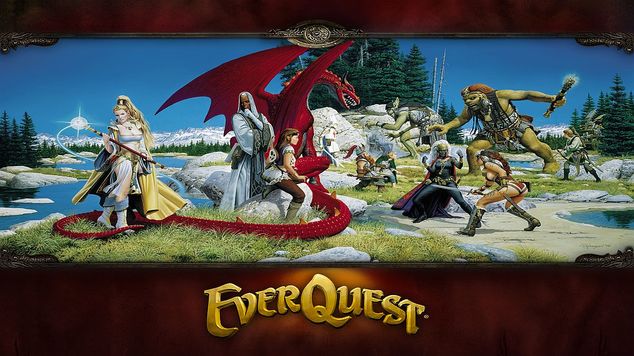 EverQuest 1 (Original EQ) to Receive an Expansion (not Campaign)
Get ready folks for the original EverQuest to get an massive update in the form of a full expansion, and not a

It's a time to get excited for EverQuest, because a new expansion is coming out. Details are slim at the moment, but this is a full fledged expansion and not a campaign, and will include many, many new raids.

We wanted this expansion to have content that reached beyond the highest-level players. So, in addition to new and updated zones for levels 105, we are including two instanced raid zones for levels 75 to 105 to play in together! These “level agnostic” raid zones will balance themselves to the highest level player in your raid. It just so happens that these two level agnostic zones are the original Plane of Fear and Plane of Hate! So if you never got a chance to raid in those planes, or long for them, you can relive those days with a broader range of players when we launch.

This expansion includes over 15 raids – after getting feedback for more raids over last year’s expansion – and a ton of level-scaling missions and Heroic Adventures! And as with previous releases, there will be new AAs, spells, and gear. The story is innovative and impacts gameplay in interesting ways too.

In addition, if you purchase (or pre-order) the next expansion, you’ll also get access to ALL of the previous expansion content.

Lowbies can raid now, with raids that change to the highest level player, tons of new raid content, and new zones. What's not to love. As always, the expansion includes all previous expansions as well. Oh and Nights of the Dead kicks off October 28th:

Of course, as we head into October expect to see the Nights of the Dead come to…uh…life in Norrath! Starting October 1 in the marketplace, we will begin selling new holiday themed weapons, a direhound mount, the long-lost hand mounts, and…a bag with a random adoptable housecat familiar! Trade them to your friends or collect them all yourself, and keep an eye out for the easily terrified Scaredy Cat familiar and always agitated Cranky Cat familiar! We have some wicked Player Studio items too! Nights of the Dead kicks off on October 28 this year until November 11.

There will be a sale on October 1st. You can read more over on the official site.