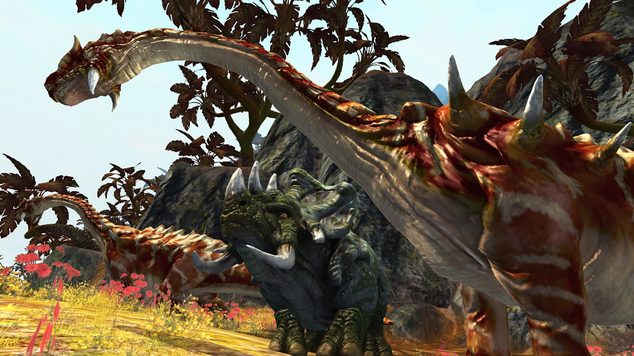 EverQuest II's Eleventh Expansion
EverQuest II's 11th expansion, Alter of Malice, is now available to purchase for All Access Members, and the ne

Altar of Malice, the eleventh expansion for EverQuest II is now available for All Access Members to purchase. Free-to-play players will be able to purchase the game two weeks later, on November 25. Depending on whether or not you want a ton of freebies to come with your expansion, you can purchase the digital Standard Edition for $40 or the digital Collector's Edition for $90. The only bonus item that the standard comes with is a painting of Lanys T'Vyl for your house. Unlike the latest EverQuest expansion, you won't get a small pile of nifty bits with the regular edition. The CE version has several items, but most of them are pretty underwhelming, as well. Outside of the heroic mercenary and the flying mount, there isn't much else that's noteworthy. In fact, the lack of items that would make you want to spend $90 on has people wondering why anyone would buy it. One thing that was pointed out on the official forums when this was brought up, however, is that at least All Access Members get a 10% discount on either edition. Still, that's $81 for a load of items that are making the community collectively meh. 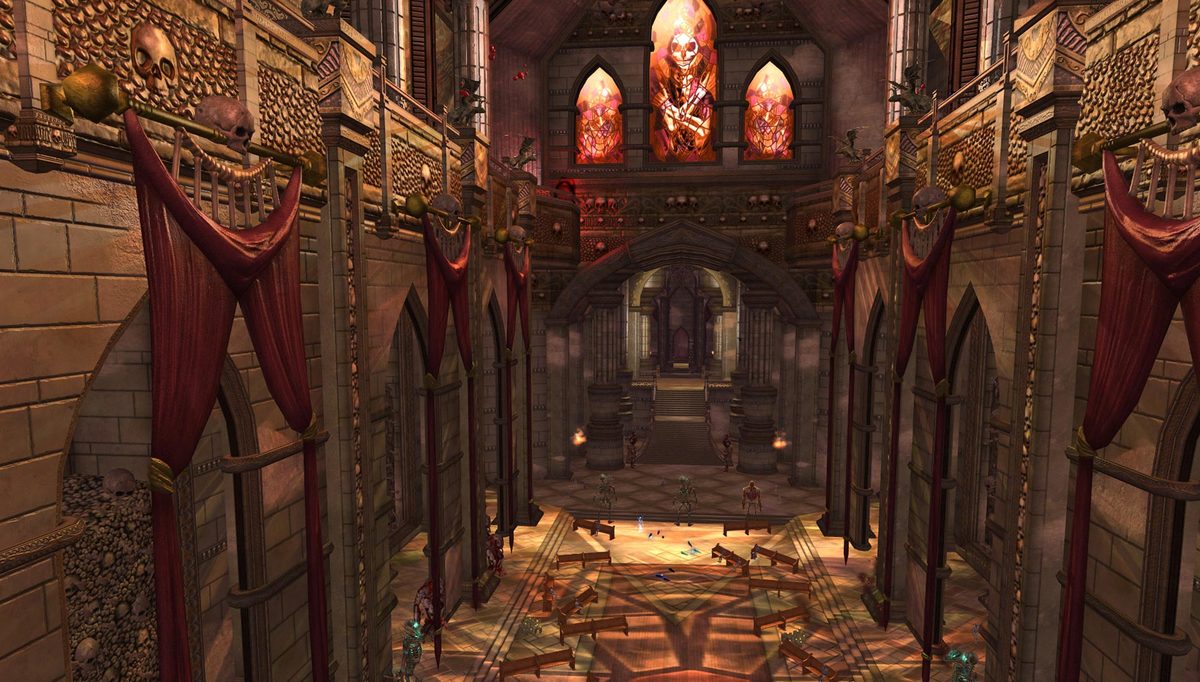 Not everything has been met with an eyeroll and a sigh, though, and even though I still haven't decided on which edition to buy (I am trying to convince myself to buy the CE, but can't rationalize it currently), I'm pretty excited about this expansion. I've been stoked about it since I first wrote about it during SOE Live 2014, when it was announced. I took a couple years off of EQ2, and I'm rather admittedly lost in the game, but exploring reimagined zones I loved in the original EverQuest has been pretty outstanding. The only downside so far has been that I've become used to twitchier combat playing other MMOGs, so returning to EverQuest II feels slow killing things. I have three characters capped at level 90 currently, so it'll be nice to hear that glorious ding once more.

In case you've missed the numerous other times that I've written about EverQuest II lately, here's a quick recap of what comes with Alter of Malice (if you prefer this in video form, scroll to the bottom of the list for the official trailer):

Also available with Altar of Malice, for an additional purchase from the Marketplace, is the new Aerakyn race. The Aerakyn are available now for all players, regardless of All Access status, starting at 2000SC. Upgrades and bundles are also available for this new race, as well. The Noble version of the Aerakyn race is available for 4200SC, or at an upgrade price of 2200SC. While the regular version has new appearances that unlock at 30, 60, and 85, the Noble also has wing mounts at level 1 in addition to the other milestone levels. Both versions have a level 1 appearance weapon and wing attacks when unarmed. The Noble Aerakyn will also have the wing mount skills of leaping, gliding, and flying, and Level 1 ground speed. If you're out of character slots, you can purchase the Noble Aerakyn with a spare character slot for 4800SC. Want to make sure the next Aerakyn you make is Heroic? The Noble Aerakyn with a Heroic Character upgrade bauble and character slot is available for 7700SC.

Get ready for an incredible adventure, because Altar of Malice is introducing over 100 new quests! Adventurers should seek out NPCs in Qeynos Harbor or East Freeport in order to begin a heroic new signature quest that will send them on a journey through the beautiful lands in the Shattered Seas.

I know in beta, you could get to the Shattered Seas via the world bell (it's almost dead center of the map), but I'm not sure if that's still the same. I'm sure whoever you speak to in your faction's respective area, you'll get there one way or another. If Shattered Seas isn't available on the map, then I can see the CE Mirage Tower reward being useful. I'm looking forward to the work day being over so I can find out! Of course, I'll need to squeeze in what I can before Warlords of Draenor launches tomorrow. Then, I imagine, I'll be spending too much time locked down in a state of indecision and don't end up playing either game in my spare time. 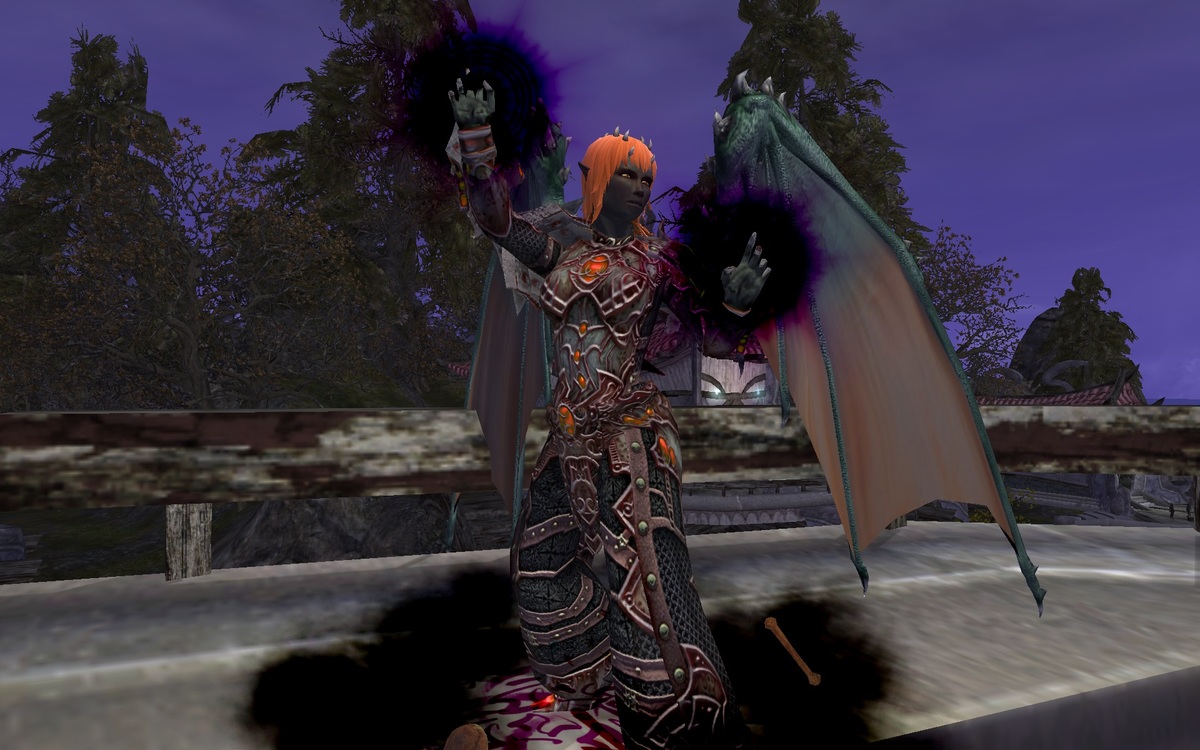 The All Access Members launch of Altar of Malice also marks the free-to-play launch of EverQuest's twenty-first expansion, The Darkened Sea. Similar to EverQuest II's latest, The Darkened Sea has a lot of dinosaurs on islands. However, regardless of which edition you buy, you will end up with plenty of goodies to go with either. The CE comes with a house boat slash pirate ship, a free level 85 Heroic character upgrade, and more. Happy for real expansion launch day, EverQuest!

If you're playing EverQuest or EverQuest II, let me know about it in the comments! If you're on Unrest, feel free to say hi to Vendolyn and maybe even help me feel a little less lost in Norrath 2.0. My beloved original EverQuest has been sadly relegated to the backburner, until I can figure out how to squeeze more hours into the day. That shouldn't stop you from leaving comments below about your adventures in either Norrath, how you're enjoying (or loathing...hey it's okay to not like things!) either of the new expansions, your thoughts on edition rewards and anything else you have to say about the first two versions of Norrath. Let me hear all about it!