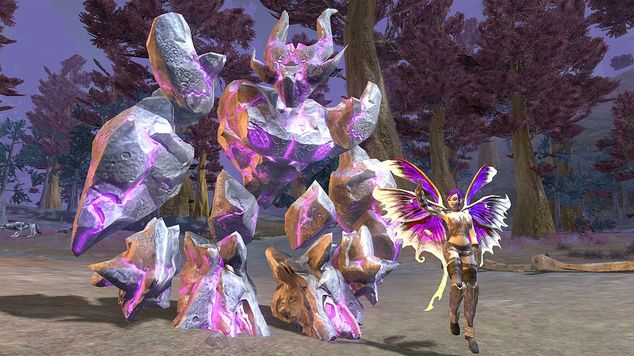 EverQuest II Server Merge Updates Continue
EQ2 server merges are happening, but it seems that the schedule is being modified slightly.

The first server merges won't be ready until October 19th.

Our first merge will be Crushbone, Butcherblock, and Oasis into Maj’Dul. This won’t be ready for next week. The soonest this will be ready will be the week of October 19, and we’ll keep everyone updated as we know more.

We’re also working to time this with the launch of the Terrors of Thalumbra beta server. While we’re still working on optimizing the server consolidation process to minimize downtime, there will be extended downtimes for servers that are merging. Hopefully you’ll choose to spend some time exploring Thalumbra with other beta testers during this time.

Our other server merges will happen before the expansion launches. We want to see how Maj’Dul’s merge goes first, before committing to dates and giving approximate downtimes for Everfrost, Guk, and Unrest merging into Halls of Fate and Freeport, Nagafen, and Permafrost merging into Skyfire.

After these server merges have completed, we’ll have a period of time that players can choose to transfer for free between Maj’Dul, Halls of Fate, Skyfire, and Antonia Bayle. We’ll have additional information on this later, and the free transfer period won’t happen until all of these merges are done.

If you read all of that, it seems like the merges are still go, but it'll take a little bit longer for them to be done. In the thread there is mostly the "take as long as you need" thought line, while some others are just iffy on Daybreak. I'm not a big Daybreak fan, not specifically that I think Daybreak isn't awesome and EverQuest isn't epic, but I haven't been nearly as loyal to their games as others - which is actually an entirely different article.

You can read the information first hand on the EQ2 forums.