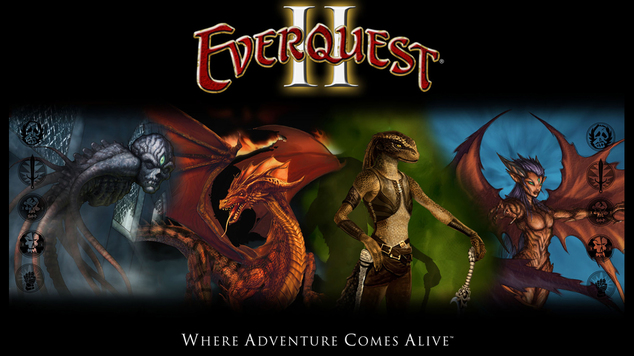 If you've been following and playing Daybreak Games titles this year, you probably participated in the brand new progression server for the original Everquest that recently launched, enjoying some EQ nostalgia.

Now the company's sequel EverQuest II will be adding a pair of brand new time-locked expansion servers also. An open beta test for these progression servers is currently underway for Daybreak All-Access members. You can find more info about how to participate in that test on the EverQuest II official forums.

The two new servers Stormhold (PvE) and Deathtoll (PvP) are set to open their gates on Tuesday, July 21st almost exactly one week from now.

This is one adventure I'll definitely be joining in on, as I never had the opportunity to experience the early days of EverQuest II, which I have heard really great things about from current and former players. As a hardcore EverQuest purest, the transition to a very late version of EQ2 (post 2012) was far too jarring for my tastes, but I've been told that vanilla EQ2 was extremely interesting.

I'm definitely going to see what all the fuss was about - as many MMO fantatics have told me it was a great game that was largely overshadowed by the launch of World of Warcraft.