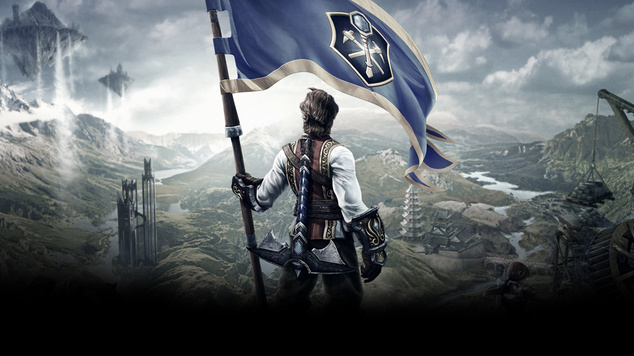 EverQuest Multiverse Round Up
This round up comes from several versions of Norrath, including EverQuest, EverQuest and Landmark, with a bonus

I sat on a few newsworthy chunks from various EverQuest games, because, unless I went on some sort of completely unrelated tangent, I wouldn't end up with enough meat for these article bones. Sure, I could just throw together several super small blurbs in separate posts about these things, but that's boring, so I'll leave that for other people to do. This round up comes from several versions of Norrath, including EverQuest, EverQuest and Landmark.

We might as well start off this EverQuest-based news round up with the first version of Norrath we've seen. From now until 11pm PT on December 10, players can participate in two raid events: Dragons, Dragons, Dragons and Giants, Giants, Giants. By speaking to Grusal (for Dragons) or Tzudani) for Giants) in the Plane of Knowledge, you'll be able to take part in these Living Legacy events once more. Each raid offers special rewards to participants, and the minimum level to participate is level 50. During each event, players will fight waves of iconic mobs throughout EverQuest's history, such as Kerafyrm or The Avatar of War. I'm pretty stoked looking at the mobs you get to fight, especially since I've gotten to kill most of them numerous times. Considering the minimum level required, I can even participate in these event, which gets me pretty stoked.

Sony Online Entertainment has partnered up with merchandise company J!NX to put together t-shirt bundles for their games. Not only does this work for EverQuest, but also EverQuest II Landmark, H1Z1, and Planetside 2. Each bundle purchase also comes with an in game item – H1Z1's item will be available upon the game's release, if you have purchased a copy of the game – including Ognit’s Mini Dirigible Device Mount for EverQuest, Stormwind Komodo Mount (Glider) for EverQuest II, Proximity Mine Pack for Landmark, NS-11P Gun Plus J!NX Decal for PlanetSide 2, and In-Game J!NX Tee for your characters in H1Z1. This bundle deal will be available to purchase through the rest of the year.

On Friday, two things happened in EverQuest II news: SOE released an interactive timeline for EverQuest II, as well as held a livestream for their 10th year anniversary. Bleary-eyed from playing too much World of Warcraft on the release day of Warlords of Draenor, I ended up with a late start on Friday and missed the livestream due to being knee-deep in another article by the time I got wind of it. However, it's archived on Twitch, so you should check it out. The first few seconds are especially amusing, as the EverQuest II team hums the theme song while raising a flag with the 10th year anniversary logo on it. As for the rest of the stream, Senior Producer Holly “Windstalker” Longdale, Senior Designer Carlos "Gninja" Mora, and Community Manager Ry “Roshen” Schueller walk us through some Altar of Malice gameplay, including a special event they hosted on the Freeport server, and showed off the new Aerakyn race. The Aerakyn are purchased separate from the Altar of Malice expansion, but I'm basically counting the days (end of the month, pretty much, you know, paycheck) until I cave and purchase the entitlement. Hello, biped dragon humanoids? In case you've missed me stating how much of a complete sucker I am for dragon lore in EverQuest, well, I'm a complete sucker for dragon lore in EverQuest. I need me some Aerakyn, y'all.

As for the interactive timeline, it's a video that documents all of the EverQuest II expansions, in the order that they happened. Clicking on any expansion banner will launch a new tab with that expansion's trailer. If the EverQuest Dragons and Giants raid events aren't your kind of trip down memory lane, maybe this will get your nostalgia bug itching.

Also on Friday, Landmark received a game update, which added in some holiday decorations, new gear and claim upgrades. What's the most noteworthy part of this update – which has the community Snoopy dancing all over the place – is one small line in the patch notes: “We've increased the number of expansion claims you can have, from 5 to 8.” There's no doubt that builders will take full advantage of this new, massive claim size they have, and will no doubt be creating some amazing structures from this newfound added freedom. Claims you own or have permission on are now also areas you can fly on. 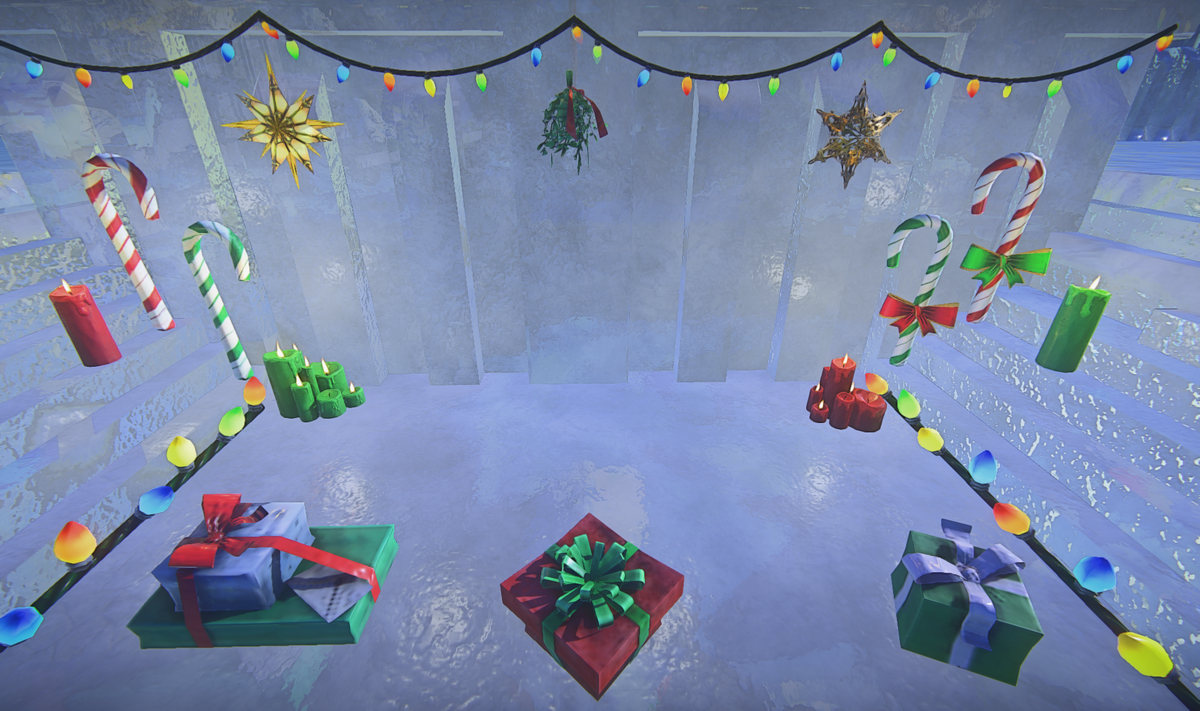 In addition to new holiday props, players can craft new sets of armor that are stat based. Sets include chest pieces, gloves, boots, and non-visible helmets. Chest pieces have passive bonuses that grant really nice increases to whoever wears them. Nine new accessories are available to craft at Outfitters' tables, which cover all accessory slots. The dev team asks that players test different combinations of the accessories. The first iteration of the Keywords system is also now in game. Keywords let different items and abilities communicate with each other. Basically what this means is, an item with crit % on it will add a crit bonus to a damage ability, and so on.

Bonus Norrath! While organizing my materials for this article, I decided to have a look into EverQuest Next just to see if there was anything new. Turns out, something pretty neat did happen for this Norrath, as well. Lead Content Designer Steve “Moorgard” Danuser has finished his lore overview of the gods with his Religion Wrap-Up blog post. Earlier last month I geeked all over his ode to Veeshan, which is where my love of Norrathian dragons started. The blog post begins with an overview of what has already been discussed (including the Veeshan blog I wrote about) and then becomes a bit of a FAQ, which has stemmed from questions already asked by the community. 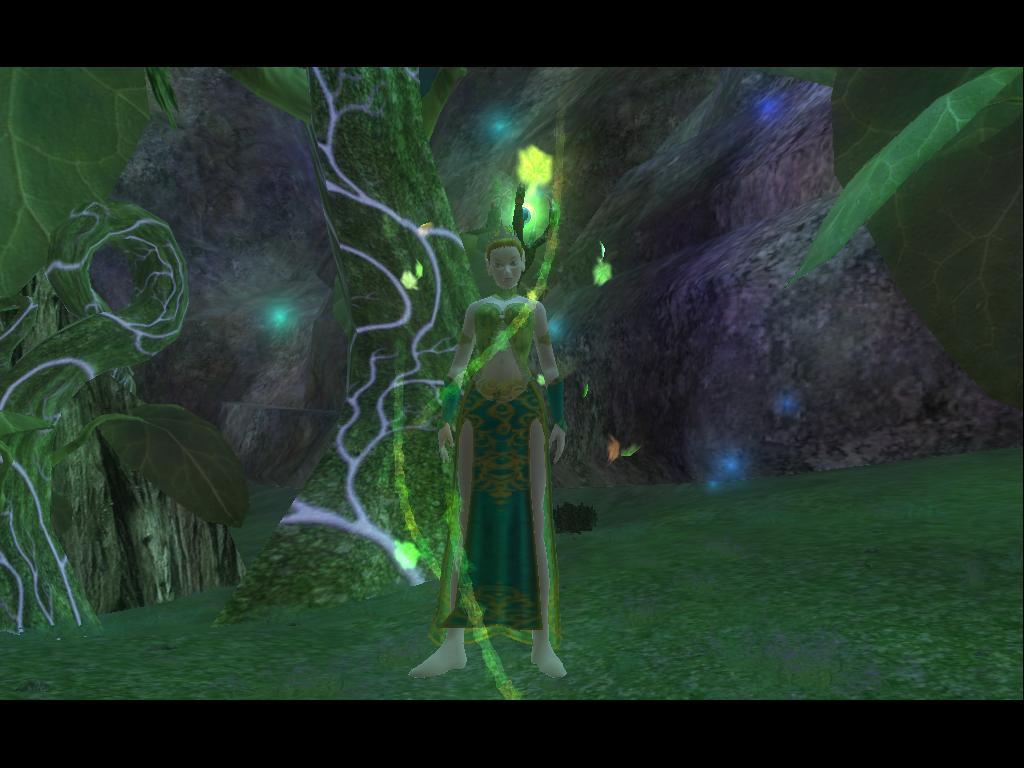 I'm sure you're wondering why Moorgard hasn't told us campfire stories of Cazic Thule lately. What we've seen so far has been the background of the deities who are worshiped out in the open. What goes on behind closed doors, or down in the sewers beneath Qeynos, hasn't been discussed yet, but they have not been forgotten. We will likely see them, but those who worship someone like Innoruuk will likely be seen as a member of a cult rather than your average Norrathian. I recommend reading Moorgard's take on what makes a god, and if you have feedback for him, or something to add to any of the lore discussions, he's left places to put in your two cents.

I just want to add in a note that while companies seem to be doing a pretty poor job with community and customer service, I continue to have amazing assistance from Sony Online Entertainment. I won't bore you with the details of my latest petition in EverQuest II, but my response was prompt and the representative came up with a simple solution that left me satisfied. I've had some terrible experience from reps in a few games lately, but SOE (and Blizzard, those guys have been phenomenal every time I need help with an issue, as well) has offered nothing short of great service. We always let people know when we experience shitty service, but given my community, customer support and retail background, I like to say nice things when I have the opportunity to do so. Thanks, TSR Thomas, for offering such an easy solution to my problem!

Are you romping around in one of the Norraths? Which one are you enjoying currently? Have you picked up either Altar of Malice or The Darkened Sea? Let me know about your experience in any Norrath you may be in below in the comments!