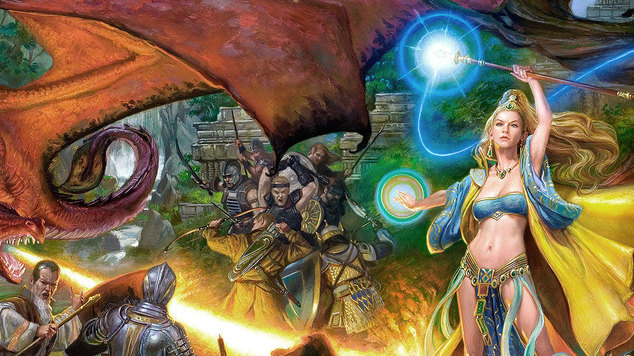 EverQuest Outlines The Year Ahead
EverQuest is 16 years old this year and has plenty planned to celebrate.

Its been so long since I last played EverQuest that I think if I installed the game now I'd probably have a seizure at both the gameplay and graphics. I wouldn't consider myself a shallow person but when you've experienced the richness of modern massively multiplayer games it's difficult to go back to games you once loved. Despite that, I love the fact that EverQuest still has a huge following and the fanbase is as eager as any other to see what 2015 brings to their beloved game.

EverQuest’s Prathun took to the forums on Friday to reveal a fair few things on the list that fans can look forward to:

For those unaware, Erollisi day is EverQuest’s equivalent of Valentines day. That means players get together, roleplay dirty shenanigans and generally swap numbers so that they can meet up in real life*. If you want to spend some money during this romantic period you’ll also be able to pick up some unique Marketplace items created by some of the communities brightest cupids.

Besides the love parade, players will be receiving a new loot system that sounds pretty snazzy.

We've had the chance to test the improved looting system internally on our Beta server and we have been blown away with how convenient it makes collecting items, and how easy it is to use. It's a snap to get the drops you want while declining the drops you don't need, without having to search through piles of overlapping corpses, or corpses hidden inside a wall. (Hey, it happens sometimes!) The system also elegantly handles group and raid situations with automated rolling or master looter.

Lastly, it’s EverQuest’s 16th anniversary this year (WHAT?!) and what comes as absolutely no surprise, there will be plenty of festivities to celebrate including a fistful of player designed missions. Sounds neat.

*I’m not sure that that really happens in EverQuest.