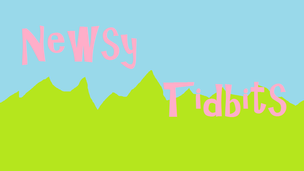 Monday News Round Up
In today's round up, we have exciting news for Project Gorgon, Evolve's official specs, the video reel from one
News
Evolve 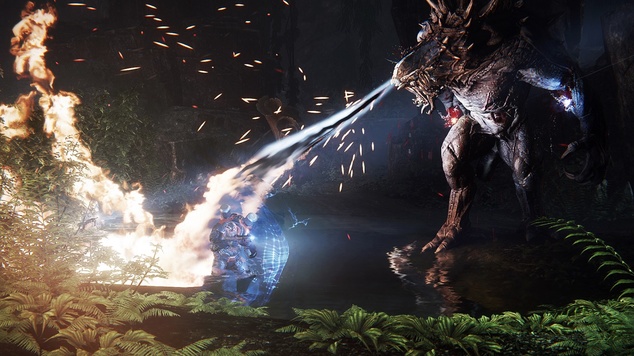 Evolve's Community Remains Divided
Just a few days ago, people saw what pre-orders for Evolve would be and the community hasn't been happy since.

Just a few days ago, people saw what pre-orders for Evolve would be and the community hasn't been happy since. Now, Creative Director Phil Robb speaks about the DLC pricing that has the community in an uproar to Destructoid, and as likable of a guy as Robb is, the community remains divided. At this point, it's too late to change the pay-for model, and no matter what Turtle Rock may or may not want to do, they still have to answer to their publisher, 2K Games. Every decision regarding the game, especially how it's sold and distributed, has to be exchanged through many hands. It's a big if to ask that if Turtle Rock wanted to change things, and that doesn't even get to the bigger question of, could they? 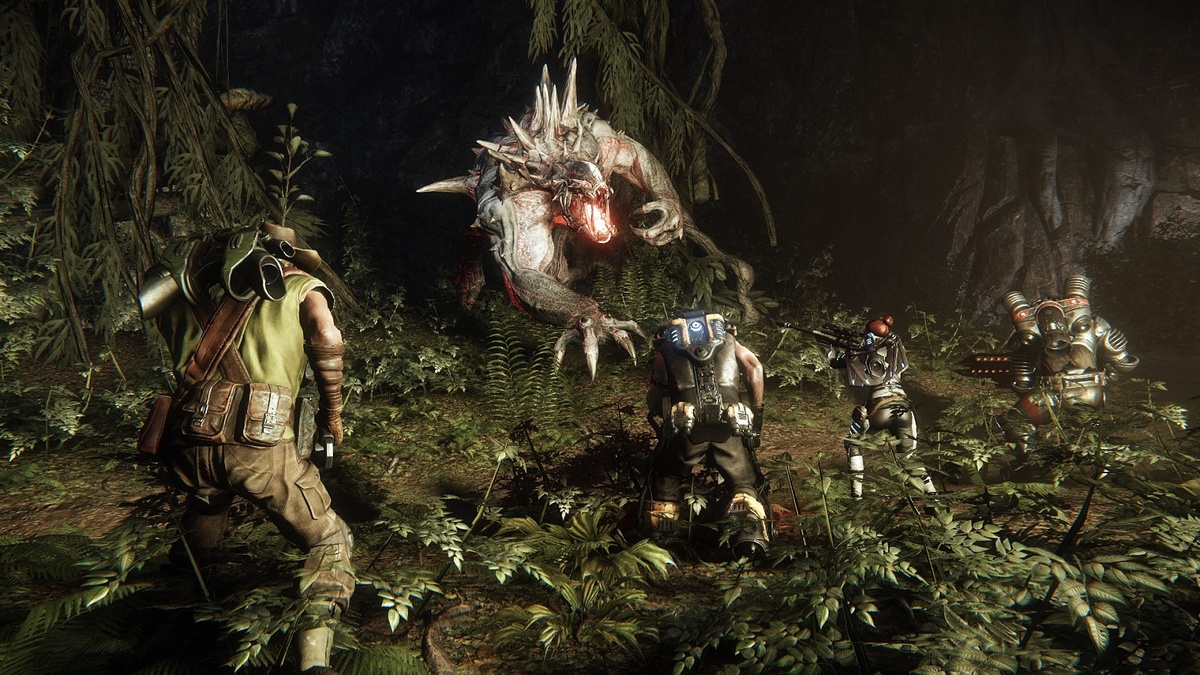 Evolve is launching as a fully priced $60 game that will have immediate add on packages, including monster play. I brought this up to my coworkers earlier in the week, and I did hear one reason that makes sense as to why this is. When the game launches, everyone will want to play the monster, so one way of getting people to play boring ol' humans is by pay gating monsters. I can understand that. When it's 4v1 and only room for one monster, you want to make sure there's a team of four on the other side. I imagine it would get pretty boring if it was constantly you against four AI human bots. Then again, we joke about five of us from the team getting together to play, and whoever we want to punish for the week gets to play the monster. I guess if I end up getting a copy of Evolve, I wouldn't have to worry about being on the punishing end of the stick, because I do not feel $15 is worth it for a monster. I understand that people don't work for free, but $15 feels a little steep, especially on top of that $60 price tag for the base game. People assumed that monster play would be part of the core game, because monster play was marketed as part of the core game, and without managing expectations early on, the community feels burned. Over on Reddit, /u/Flyentologist succinctly states exactly what the community is up in arms about:

Charging full-price for a game with a F2P/Pay-to-Win model. Making a season pass that doesn't cover all the DLC currently announced. Charging $15 for a single character. Advertising DLC all the way back in January 2014 before the game even had a gameplay trailer. Bragging about how great of a DLC platform your game is. Offering one platform an exclusive pre-order bonus that skips the entire progression grind and gives day 1 access to top tier level ups. This is all underhanded, dirty shit.

To put it bluntly, people aren't exactly thrilled about paying $60 for a game, paying $15 for a monster, and if they get a season pass, not having access to all of the content.

The above quote mentioning “underhanded, dirty shit” is from Robb's interview in Destructoid. He spoke with Kyle MacGregor there because he wanted to be frank and honest about where they were coming from. Robb doesn't like that people feel Turtle Rock is doing “underhanded, dirty shit” which is a direct quote from the title. Sure, people don't like that co-founder Chris Ashton said that Evolve is set up for pretty much endless DLC support, but that comment was roughly ignored until people saw the actual pay model. Now, the community has a sour taste in their mouth, saying things like, “they're selling DLC that isn't even finished or has a name yet.” Robb seems like a very likeable, down to earth guy, and MacGregor goes out of his way to describe Robb as one of us (although, he kind of sounds like most execs I've met in either gaming studios or Silicon Valley companies – both areas seem to have a hoodie and beard dress code).

In the article, Robb points out that all map DLC will be free. He also states that when a game is good, he'll want to keep playing it, and if there's an option to keep buying parts that add onto it, he'll do that. As a long-time MMO player, to me, that's like buying expansions. Sometimes I'll skip over an expansion or two for games I'm not actively playing, but certain titles, like EverQuest and EverQuest II, I like to pick up expansions every now and then. Picking up later expansions generally retroactively entitles me to previous expansions, so it can be a decent deal at times. In games like Guild Wars 2, I've even spent a good deal of money buying gems for the in-game store. My dye game is strong. 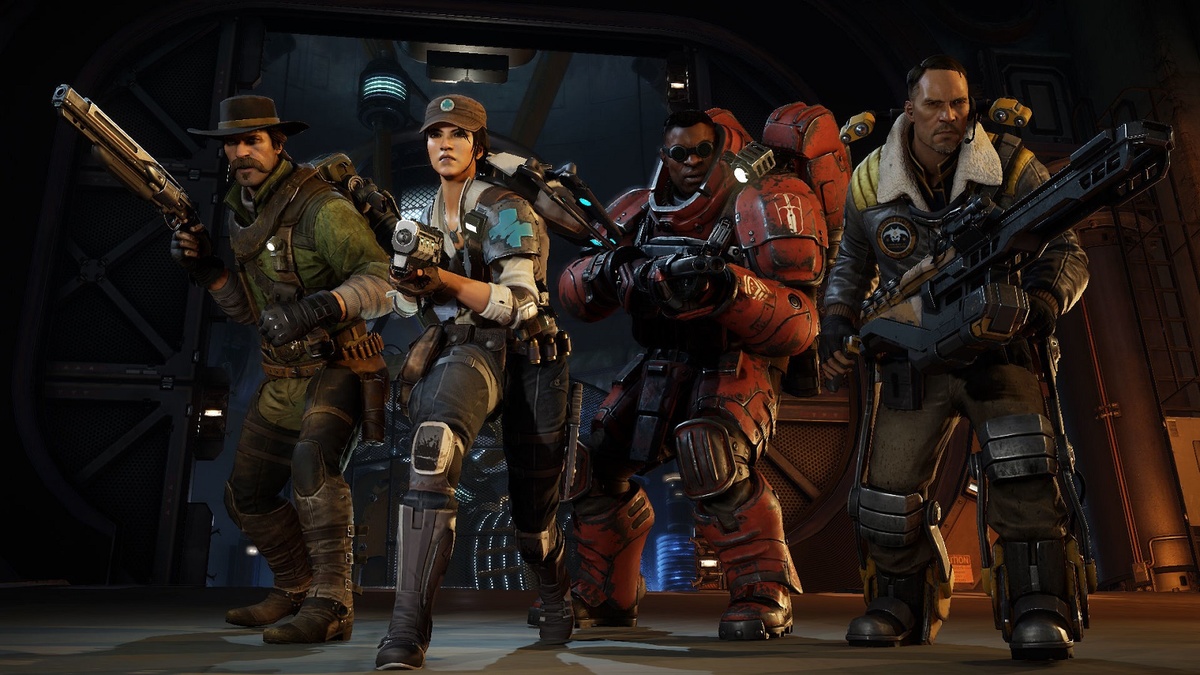 I'm certain I'm not the only person out there who's ever paid for extra content for a game, so what's the deal here? Why is the community so furious? In the above mentioned games, when you first buy the game, you're getting everything all at once. With the exception of Guild Wars 2, these games launched with a subscription, as well, which is kind of like Evolve's season pass. Until an expansion comes out a year down the road, content gets added in at no extra charge. In Guild Wars 2's scenario, they've gone about two and a half years at this point by adding in tons of extra content at no additional charge. Until you get wind of an expansion, you expect that everything else that's part of the game is available with the price of what you're already paying.

I know that comparing Evolve to an MMORPG is a bit of a leap, but you can't deny that there are similarities here, especially given the season pass on top of everything else. Honestly, I could see a base game that included everything, even the monsters, and a season pass that allowed you access to DLC while it was active, kind of like the model The Elder Scrolls Online is moving to. As much fun as Left 4 Dead was when it launched, I feel going on the memory of that or the hype of those who have already tried Evolve is asking a lot for your community when you're selling them so much straight out the gates. It's a steep price - $120 for the full package, including the future DLC – and that's a price that no one is likeable enough to ease the price point pain.

Will I be buying Evolve? I'm still on the fence about it. I've been covering Evolve – here at Ten Ton Hammer and elsewhere – since its announcement. I do have that Left 4 Dead nostalgia in my brain and I had a lot of fun playing that game with my friends for countless hours. I've been excited about Evolve, I won't lie. I think more than anything, I'm a bit bummed at how this is priced out, but I'm also not the type of person who would buy all the extras. Truth be told, for a game that I'm second tier excited for, I'd likely wait until it's been out a few months and the price drops to $40, which is a price I'm perfectly okay spending on a game I know I'm not going to log into day after day and clock tons of hours on. I'm also not the type of person 2K is marketing Evolve's various content to, so I feel my opinion here is only as valid as what I can say the community is discussing.

The main contention is that at launch, Evolve will have a $60 price tag, add on characters (including monsters) at $15 a pop, and a future DLC that is already being sold with pre-orders. A few of my favorite quotes in response to what is currently going on:

Yeah, most people "don't want to be" dicks, but then when decision time comes they realize they don't care enough to go through the work of doing the right thing.

This dlc setup is shameful. Maybe I have it wrong but this game is multiplayer only, and they have the balls to include only skin and bones material? It's about fighting crazy monsters, yet you can only have a few unless you drop more money. That seems like half a package to me.

Perhaps they should have considered that when they decided to triple dip before the game even launched. DLC, characters, and a full price game?

Everyone wants a piece of that freemium money now and it is killing good games.

I think most of us don't like DLC but we will tolerate it if it comes out after the main game and feels supplemental. What really irks me is that these companies think they can do all three pricing models at once, with little regard over what it will do to the long term lifespan of the game.

So here's a weird thing I noticed... DLC has gotten more and more expensive compared to what you get out of it. It used to be basically new game addons (new quests, areas, content). Now it's a new character, clothing, weapon, vehicle, color palette, etc.

Meanwhile modding has gone to the freaking moon. The mods available for games like Skyrim, Fallout NV, GTA IV, Dragon Age Origins, Kerbal Space Program, Source games, and such are ridiculously awesome. They not only add serious content, but they change the entire game. Some of the mods are bigger than the original game. And the best part? They are FREE!

Can we all just step back and start holding games to a higher standard?

I'm feelin' ya on this one, community.

Monday News Round Up
In today's round up, we have exciting news for Project Gorgon, Evolve's official specs, the video reel from one