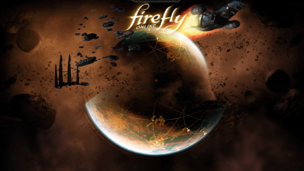 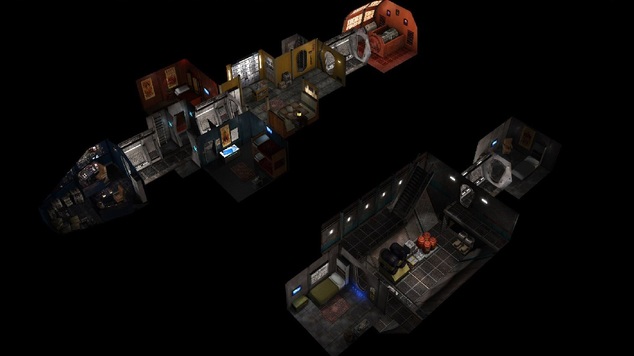 It's not the Firefly reunion fans want, but it's the Firefly reunion fans are getting. Last year at San Diego ComiCon, we briefly heard about Firefly Online and then forgot about it as quickly as Fox had pulled the plug on the beloved cult classic series this game is based on. This year at SDCC, we finally get a trailer. We might see a play demo or hear about player testing at next year's con, if this pace continues.If Firefly's not your thing, worry not. The same studio also has Dairy Queen Tycoon in it's arsenal. However, if you are into Firefly, you might want to check out their new trailer. Spoiler alert: characters you like will be in it. Rumor has it that Alan Tudyck, who played beloved Wash, will play multiple characters. Personally, I think he's a woefully underrated actor, and I'm happy that he is given multiple roles here. If you don't believe me, I have one word for you and that word is Alpha.

On the plus side, we should see most of the cast for this, beyond just Wash and, you know, that trailer spoiler. Allow me to don my fangirl cap here and go full force at this. So, Firefly went off the air at the end of 2002, and has since then become one of the most streamed things on Netflix, according to what Netflix tells me is popular when I log in. There is a chance that this is skewed towards what Netflix thinks I will want to watch, but there's also a good possibility that Firefly just is that popular. I love Joss Whedon, especially the way he develops characters and the way he writes dialog. I went to the theater to see both The Avengers and Cabin In the Woods knowing one thing for sure for both movies: the dialog would be awesome.

The cast for Firefly is fantastic and I love almost everything they've gone on to do (sorry, Mr. Tudyck, but even you and Jeremy Sisto combined cannot make me get into Suburgatory). I mean, have you SEEN Gina Torres in Suits? I'm convinced she's simply stunning in any role given to her, especially if she has brutal, bitter dialog to deliver. Summer Glau? With or without her, I'd love Person of Interest. Hell, there's even a good dose of Amy Acker in that show for good measure. But, we're not here to talk about shows or my love of genre television. Since we're here to talk about Firefly Online, I guess I should get back to that point.

I am not excited. I feel like I can't be excited. In the trailer, there are cool things like ship customization and decoration. You get to be a captain. I mean, they can't even keep their site up. For a game that Qmx Interactive is boasting can support millions, having their account suspended for keepflying.com – Firefly Online's official site – is not a good sign. This isn't even my first hesitation towards the game, but it is definitely the icing on the cake.

What are my hesitations, you ask? For one, I'm glad that this is a game and not a renewed series. The series has, for better or worse, met its end. You can't just decide to drag everyone back together after a decade plus and see if they can continue their space western. They've all moved on and I'd really hate for Morena Baccarin to not be able to finish Jessica Brody's storyline before Homeland calls it quits. However, a game could be a good medium. The cast would not visually appear 12 years older and the universe of Firefly Online could take place at any time within the Whedonverse. This could happen before Firefly or after Serenity, although, my bets are it's far before Serenity if we still have our beloved Wash.

As much as I loved Firefly and damn near anything Whedon has given us, though, I can't get behind Firefly Online. If the studio responsible for it only has Dairy Queen Tycoon under its belt, I really can't say that I'm comfortable with a name I don't know who put out a game I never heard of until I looked into this one being responsible for an IP I love so much. I think they'll skip the whole leaf on the wind park and go straight to the spearing through my heart, and I really don't want that again. This isn't to say I won't play it, if it does manage to come out, because you can be damn sure I want to be a Browncoat. I just...well, the site for the game has been suspended.

Please, Fox, don't screw this up a second time.

To read the latest guides, news, and features you can visit our Firefly Online Game Page.