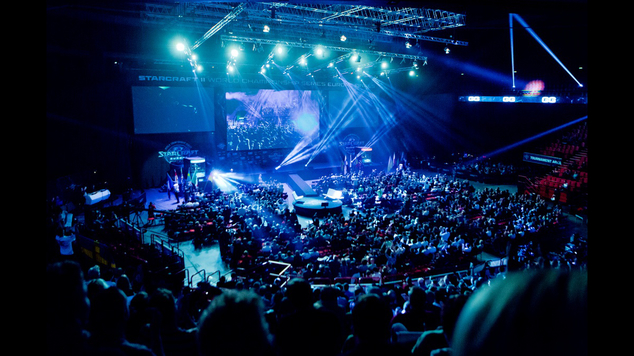 Former heads of ESPN and MLG Join Together for Blizzard eSports
For all those questioning Blizzard's commitment to eSports...question no longer.

Steve Bornstein is the former CEO of ESPN and the NFL Network, and he'll be joining forces with the co-founder and former president of Major League Gaming, Mike Sepso. Together they'll be working with Activision Blizzard to create a new division dedicated to eSports.

This new division will become the third subsidiary of Activision Blizzard, joining Activision Publishing and Blizzard Entertainment. There are currently no details of exactly what the division's goals are; whether it plans on supporting current Blizzard eSports efforts, or creating something brand new, has yet to be announced.

While mainstream media has had difficulty with exactly how to classify eSports, ESPN has done quite a bit to help bring it to the attention of the public. DotA's The International was broadcast through ESPN, as well as Heroes of the Storm's Heroes of the Dorm tournament this year. On that note, Bornstein had this to say:

"Last year, Activision Blizzard created entertainment that was viewed and played by over 150 million people for more than 13 billion hours — ­this dwarfs the engagement that fans spend on all other sports. I believe eSports will rival the biggest traditional sports leagues in terms of future opportunities, and between advertising, ticket sales, licensing, sponsorships and merchandising, there are tremendous growth areas for this nascent industry. I'm excited to help Activision Blizzard further its leadership position in this exciting growth area."

Given that the eSports market continues to grow, and Blizzard's own Hearthstone is seeing a considerable amount of attention paid to its competitive scene, it's not surprising that the company feels the need to further support its eSports engagement. Bobby Kotick, Chief Executive Officer of Activision Blizzard, believes the right men are in charge of helping this initiative grow.

"Celebrating our players and their unique skill, dedication and commitment is the essence of our esports initiatives. There are no better leaders for this new initiative than Steve and Mike. Steve has unparalleled experience in creating a sports network powerhouse and his groundbreaking leadership at ESPN and the NFL Network shaped how the whole world experiences sports. Mike's entrepreneurial vision helped make ‘esports' a household word and he is uniquely positioned to take the experience to the next level."

We'll have to wait to find out exactly what will come from this unique partnership, but it's certainly a positive sign that things are continuing to move forward in the eSports world.