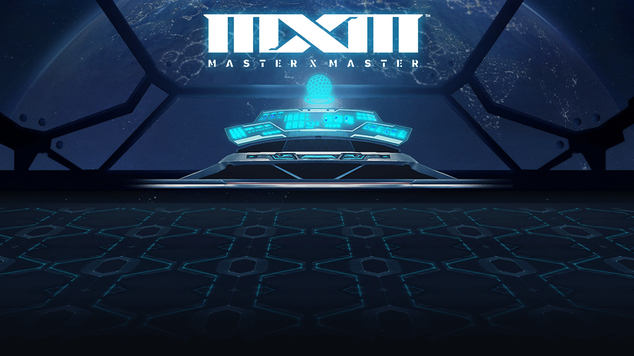 GW2 Characters Featured in New MOBA from NCSOFT
Today NCSOFT has announced its new Action MOBA, Master X Master, due out later this year. Read on for details o

2016 looks to be a busy year for NCSOFT. Hot on the tails of the recent launch of Blade & Soul, a brand new Action MOBA has also been announced for later this year. The game in question is Master X Master (MXM) which sounds to have enough solid hooks to make it worthy of note right out of the gates.

One of the more unique elements of MXM is the Tag System which allows players to quickly switch between two Masters during active play. For those of you familiar with Dirty Bomb, the Tag System sounds similar to selecting active mercs to take with you during a given match. The difference here is that you’ll be able to switch between Masters during active play rather than waiting to do so when respawning as is the case with Dirty Bomb.

In a roundabout way, the Tag System in MXM neatly helps fill a few gaps I’ve found missing in most of the MOBA genre. When looked at from one perspective, it would be similar to being able to swap between active specs at will, allowing for more well-rounded character builds to factor into play. It also has hints of the primary / secondary profession setup from the original Guild Wars, only you’ll be playing two distinct Masters rather than a single character that’s able to utilize a mix of skills from two professions.

Speaking of Guild Wars, as the title of this post suggests, characters from other NCSOFT titles including the recently released Blade & Soul and Guild Wars 2 will be included in the roster of 30 announced Masters.

The official announcement goes on to explain:

MXM is an Action MOBA with a unique Tag System, enabling players to quickly swap between two chosen Masters (characters) mid-combat. With a diverse selection of 30 powerful Masters to choose from —including brand new characters as well as a selection of known characters from NCSOFT titles like Blade & Soul and Guild Wars 2— there are hundreds of different Master combinations available, offering a new level of strategy and tactics not seen in other MOBAs. Featuring a variety of PvE and PvP modes with co-op options in both, players can challenge opponents with a deadly fusion of Masters in beautifully crafted battlegrounds.

All things considered, MXM sounds to be a far more ambitious MOBA project than we’ve seen materialize over the past couple of years, so we’ll be following its development with much interest over the coming months. In the meantime, be sure to view the official announcement trailer for Master X Master below, and you can also sign up for the MXM newsletter on the official website.

To read the latest guides, news, and features you can visit our Master X Master Game Page.