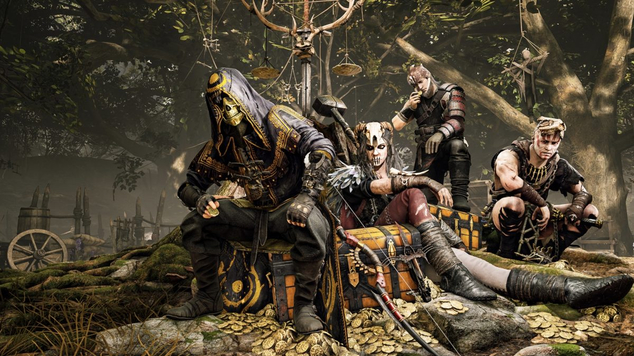 State Heist mode replaces the enemy player team with even deadlier opposition from the AI-controlled State, introducing challenging new mechanics that emphasize stealth and cooperation. Your team of four will be pitted against a far more dangerous and responsive State, with limitations on respawning for a completely new dynamic that requires a more careful and methodical approach for success.

To celebrate today’s launch of State Heist, Focus and Sumo are kicking off the Survive the State Event. Players who successfully steal the chest in State Heist without dying will receive the new Shadow Lords costume for the character they are playing -- be tenacious and get them all! Rewards will be unlocked when the event ends on August 2. 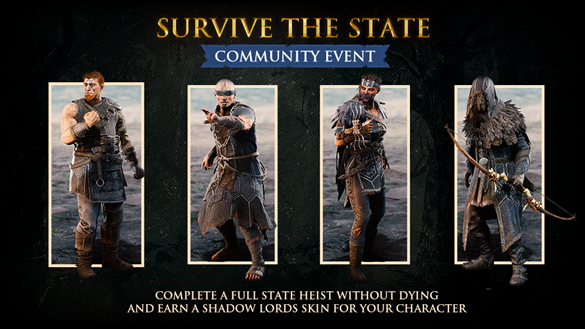 Since release, Focus and Sumo have been actively working on building the best heist experience possible by listening carefully to community feedback. The game has already received a number of gameplay updates and tweaks, and players can look forward to even more free content over the course of this year. Season 1: Samhain is just around the corner, bringing a free, game-changing new outlaw, a full rework of the winch system, tons of cosmetics and events, and many more improvements.

Hood: Outlaws & Legends is out now on PlayStation®5, Xbox Series X|S, PlayStation®4, Xbox One, and PC. You can also buy the game’s Year 1 Edition, which includes three Battle Passes due to be released post-launch. For more on Hood, visit www.focus-home.com/en-us/games/hood-outlaws-legends.