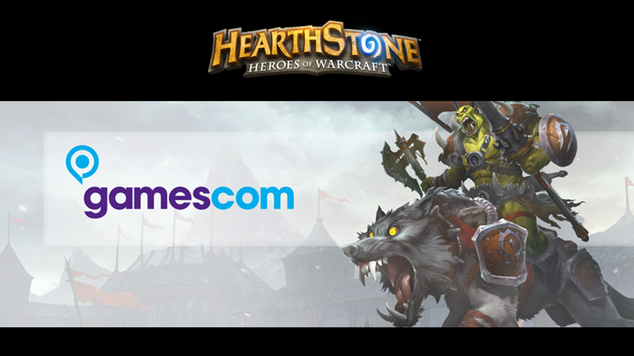 Huge Hearthstone Reveals From Gamescom
No brakes on this hype train.

After just seeing one or two new cards a day from the upcoming The Grand Tournament expansion, today has brought us a bevy of Hearthstone news from Gamescom.

Some of the new cards from TGT will have an effect that begins with "Reveal a minion in each deck. If yours costs more," followed by something occurring. Some of these are Battlecry, some are Deathrattle, and they all perform different effects if you win the "joust."

To this point, rewards for ranked play included a card back if you hit Rank 20 in a season, and Blizzcon points if you got high enough in Legend rank. There's a whole lot of space in between, and until now, the only reward was personal pride. That will soon be changing, as at the end of each season, players who move past Rank 20 will receive a treasure chest at the end of each season containing the season’s Ranked Play card back, one or more golden cards, and some Arcane Dust. The higher your rank, the better the rewards will be. To illustrate, this might be what a Rank 17 player will receive: 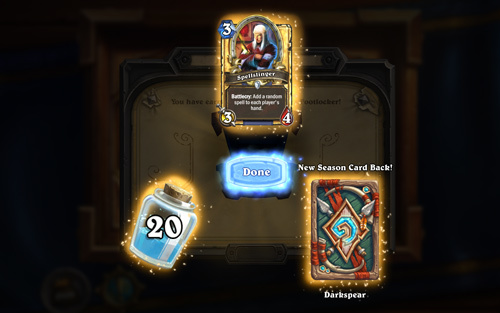 While a Rank 5 player could be rewarded with something like this: 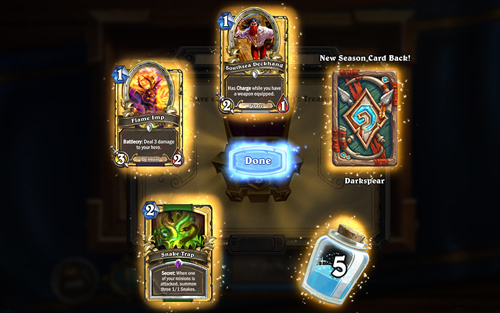 Perhaps one of the most thoughtful features is that your reward will be based on the highest rank you achieved during the season, not on the rank you finish with. So, if you're worried about losing rewards by going on a losing streak, worry no more.

A whole bunch of new cards

For those who felt like only seeing one or two new cards from TGT at a time was far too slow, you're in for a treat. ALL of these cards were revealed today: 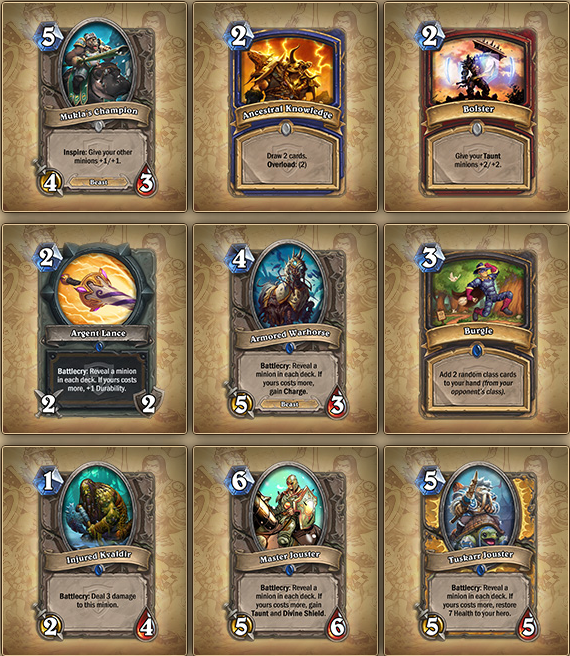 We also got to see two new Legendaries, and they could be quite impactful: 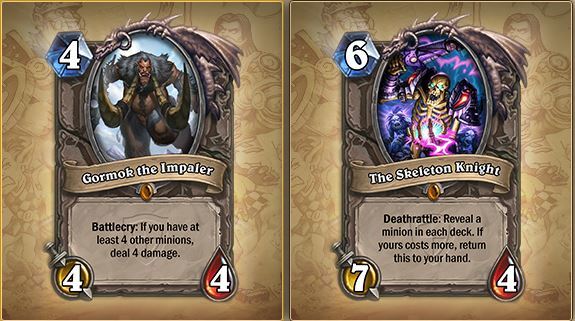 The Grand Tournament is starting to look a whole lot more exciting.