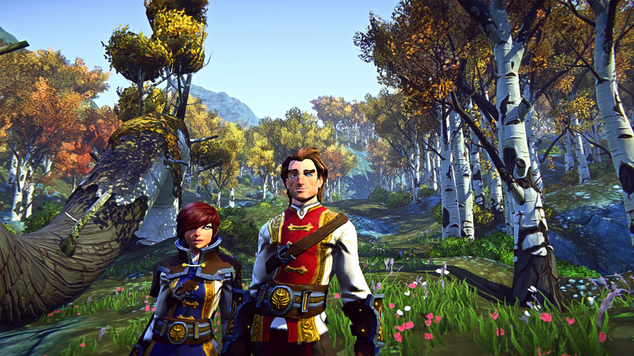 Landmark Open Beta?
All signs are pointing to Landmark Open-Beta being right on the doorstep, at least for those who have been foll

It hasn't been confirmed but there are a multitude of key requirements previously described by the developers for moving into open-beta being satisfied in Landmark's major upcoming update at the end of this month. It is quite possibly the biggest update the game has ever received (even bigger than Alpha to Beta and the SOELive Combat updates). There are far too many changes for me to start listing any details here, but I will at least list the general categories that are seeing significant changes, revisions, and evolutions. If you want to read the full list of upcoming changes you can find that on the game's official forums.

Crafting and Harvesting are a core element of Landmark and are seeing heavy enough revision in this update that it took several full forum posts to cover all the gameplay changes. It's a massive list to read, but if you've been following the game, is actually quite a pleasant surprise. The majority of updates and changes have to do with simplifying the gameplay experience in almost every way - making the game intuitive and accessible as ever before.

They're actually pulling out a lot of the complex systems (that are ultimately intended for EverQuest Next) so that Landmark can feel more like a game of its own and less like the Frankenstein of systems and elements from a unique parallel development process between these two very different game concepts. This list below is extremely brief, as each of the following bullet points contains several key points and changes that are affected by each new system change.

It should be noted that with the major overhaul to claim upkeep in one of the more recent updates, the barrier to jumping in and building should be the lowest it's ever been in this game's year-long early-access history. This bodes well for a large number of players (most all former players I've talked to) about the game not having much to offer them. Reducing the barrier to entry for building should help significantly, but the game still needs additional mobs and other purposes in the game for players to pursue than simply building and exploring, which can grow old very fast.

More than anything, I'm just happy to see Landmark moving forward into what should be Open Beta in the very near future. While it's still quite raw and nowhere close to being a true open-beta, the sooner they get Landmark into an independent state where they can really focus on developing EverQuest Next exclusively, the better.

For better or worse, I believe that EverQuest Next is the future of that studio, and whether they sink or float depends almost entirely on it. A failure of EverQuest Next (and Landmark along with it) likely means that this studio will have to move on towards catering specifically towards a very different growing audience it has found in Planetside 2 and H1Z1 - as I can't imagine that EQ or EQ2 are still bringing in much of a profit.

Either way, I believe Landmark is satisfying many of its requirements set forth early on by the developers for Open Beta. I am sure they intend to have some window of testing for this new version of Landmark prior to announcing Open-Beta. However, the insistency that the complete character/server wipe coming with this update will be the only planned one in the foreseeable future has to mean that Open Beta is either imminent or very-far away.

At this point, I'm not sure which of those I would prefer.