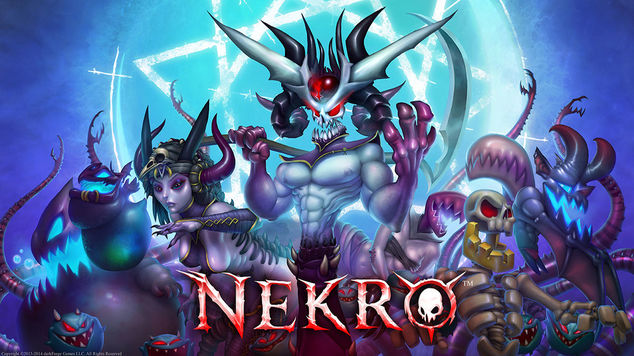 When we first came across Nekro nested within the Indie Megabooth at PAX Prime, I had already established that it was a game I was absolutely going to be playing. It’s not every day that a new title comes along that not only lets you play as a necromancer, but makes that the core focus of the game.

Currently available on Steam Early Access, a massive new content patch was just released that features a ton of new content, along with various gameplay fixes and improvements. Oh, and it also includes fried chicken!

If you’re unfamiliar with Nekro, the game blends elements of action RPG and strategy games, and allows you to customize minions to create your own person nekro army. The official website offers up some additional features of note:

The latest patch for Nekro drops a ton of new features, fixes, and tweaks, and includes the brand new General Tso’s Bootcamp and Chicken Emporium. This training ground for the Templar apparently doubles as a chicken restaurant, so you can expect much random silliness to ensue.

This patch comes with the following new features and content:

- 2 New Levels: Fight against waves of enemies in the Bootcamp Holdout to call forth the fearsome General Tso - Nekro's first true multi-stage boss.
This is one of the hardest fights in the game. You'll have to use skill, cunning and chicken to win! These new levels can be found after the High Priest of Katheros level.

- New Enemy - The Templar: Replacing the Townie is this upper level melee unit the Templar. He has huge range as well as a massive health pool. He stun locks targets in close range so it's advised to not take him in melee combat.

- New Boss - General Tso: This massive enemy wields an even more massive sword. Despite him being a melee unit, this enemy has such long range he can hit a target from half way across the map. Dealing enough damage to him in a row will snap his sword in two, cutting his damage and his range in half! 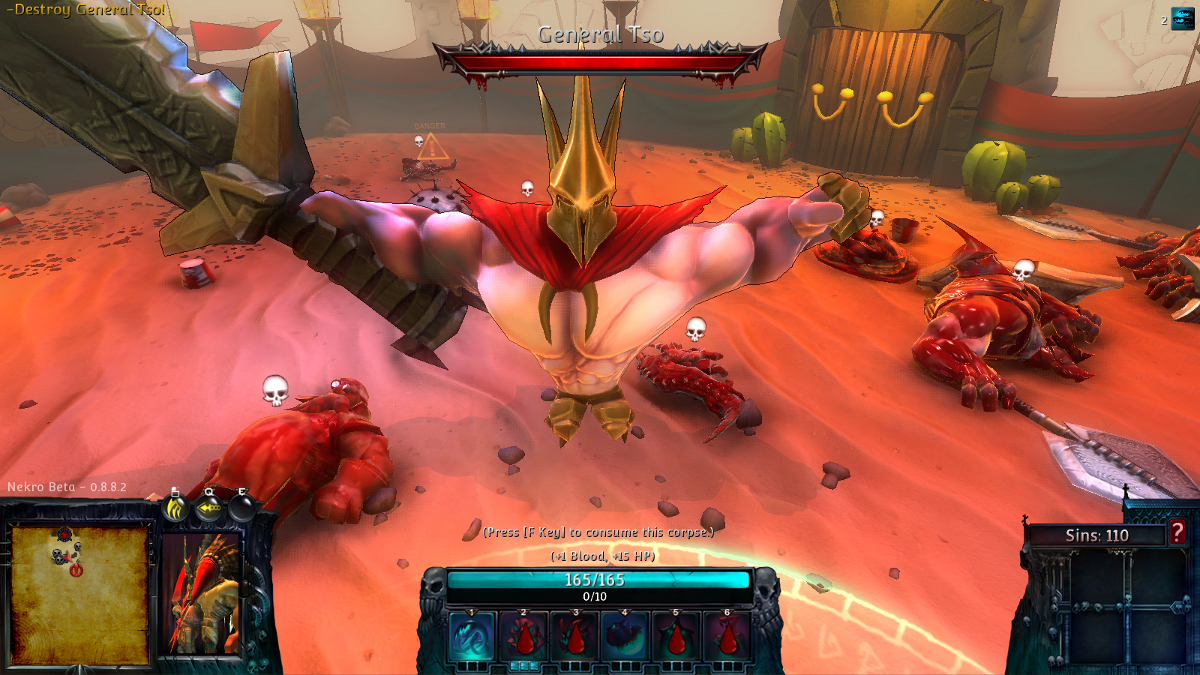 - New Trap - Spike Pit: The spike pit is a touch-based trap that deals huge damage. It's very easy to avoid, but don't get knocked into it!

- New Trap - Training Dummy: Use a Scourge on this trap to activate the trap, causing it to smash any unit around it. Though it deals only medium damage, this trap is great for zone control and combos nicely with the Spike Pit Trap.

- New Environmental Hazard - Cactus: Easy to avoid, but don't stand too close or you'll get a butt full of spines.

- New Control Scheme - Left Click to Move: Diablo fans will find this control set up very familiar as it utilizes click-and-hold mechanics to move your Nekro, no longer requiring the keyboard to move. Find this setting in the Gameplay tab of the options menu.

- New Music: We have 3 new music tracks each almost 10 minutes long!! They are themed to metal bands like Dragonforce and Wolf and have 8-bit breakdowns inspired by games like Megaman, so be sure to turn up the volume!

For more info on Nekro be sure to visit the official website, or to hop into the game head over to the Steam Store page where you can pick up the Standard ($19.99) or Collector's Edition ($24.99).

To read the latest guides, news, and features you can visit our Nekro Game Page.