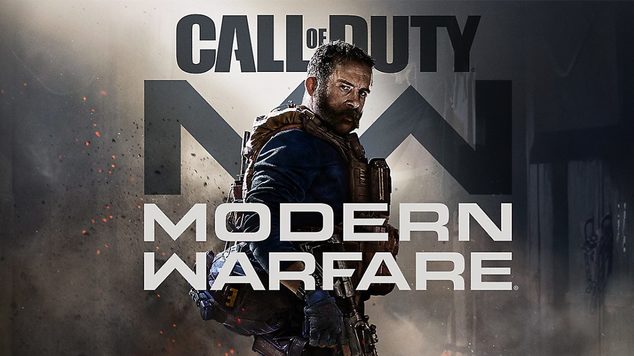 Modern Warfare Warzone has officially launched. Arriving to very little fanfare, it flooded Twitch yesterday on its arrival. With well over 500,000 concurrent viewers, and with over 6 million players dropping into the game, it’s fair to say that it’s off to a flying start.

Entering the Battle Royale genre, so late in its life-cycle - especially behind Apex Legends and Fornite - was always going to be risky. It’s especially risky if you consider Call of Duty: Black Ops, really didn’t perform well. Whether it was Radical Heights, Paladins or Battlerite Royale, there have been plenty of miss-steps.

It’s with interest, then, that Activision are trying once again to break into an undeniably lucrative market. With all eyes on its ESports potential, and arguably one of the best online casino games (in terms of revenue potential), there’s no surprise it’s a market they want to dominate.

Last year, Fornite is estimated to have brought income of over $1.8 billion. That’s a lot of money, and with its popularity down, there’s never been a better window of opportunity for a new title to muscle in. Make no mistake, the likes of Fornite and Apex aren’t going anywhere, but there’s undoubtedly room for a third and fourth contender, especially if you consider Escape from Tarkov is doing well and PUBG is still hemorrhaging players.

“Back in 2018, Fortnite managed to rake in an impressive $2.4 billion, according to The Hollywood Reporter. It is this massive influx of cash that has allowed the company to pursue the Epic Games Store so aggressively. The issue is that over the course of 2019, Fortnite only brought in $1.8 billion, a drop of 25%.”

Could Modern Warfare Warzone fill the gap? I think so.

With Streamers such as Shroud, Dr. Disrespect and Dizzy all diving onboard yesterday (no doubt paid, as part of a promo-drive), there’s already a buzz about the game. If you then throw in the fact that it does things a little differently, by implementing self-revives, a way to re-enter the arena, while loot is trimmed down and armor and health are standardized (and regenerate).

It’s refreshing to see, and is - seemingly - reaping early rewards. Critical reception has been high, Fortnite users are massively down in an already short window (around 30,000, instead of 130,000), while its free-to-play approach will always see it eclipse the likes of PUBG. Fundamentally, both Activision and the PUBG Corporation are after the same type of player, and I think it’s fair to say Warzone will massively eclipse its rival in terms of polish and content delivery.

So what does the genre hold long-term, now that we’ve a better look at the competition? Well, I think it’s fair to say as a whole, the genre will likely shrink. Not because it’s not good, but there are creeping signs that its staying power as a long-term genre are limited.

A handful of famous streamers have recently discussed their tiring of it, due to the fact it’s so RNG based (well, obviously), but also because of competitive match-making. It’s not like in CS:GO where you can rely on other skilled team-mates. Battle Royale’s are exhausting, intense affairs that are far longer time investments than a round against terrorists.

With VALORANT right around the corner, and with Beta testing to begin in the summer, is there only so far that the Battle Royale genre can go? There’s also the wider discussion of the fact that yes, it’s widly popular, but as an ESports title, it’s nowhere close to League of Legends or CS:GO. The question, then, is not only why, but who can make it into one?

I suspect a large part of its failure to really grip the ESports market is the fact most of the games available aren’t that fun to watch. It’s often a case that they lack tension, or end in tower wars and who can build higher (in the case of Fortnite). Even Apex, with its 3 v 3 team structure, still isn’t hugely exciting to watch. It’s fun, but as a viewer, it doesn’t quite get the blood pumping like LoL or CS:GO.

If any game out of the Battle Royale crop can go ESports, it’s probably going to be Warzone. Not just because it’s Call of Duty, but because it has all the hallmarks of the genre, but little nuances that make it different. The 1 v 1 battles when you die, the firearm when you land, less randomised loot and a smaller item pool. It keeps its focus on team and gunplay, and less about how much of a lucky so-and-so someone has been.

The future is definitely bright, and it’s great to see more new titles. Such competition also ensures the likes of Epic and Respawn have to continually up their game. That’s win-win for everyone, and as long as Twitch is still (mostly) all about Battle Royale titles, it can only be a good thing for those who like a flutter on competitive matches, but also the eventual ESports scene.