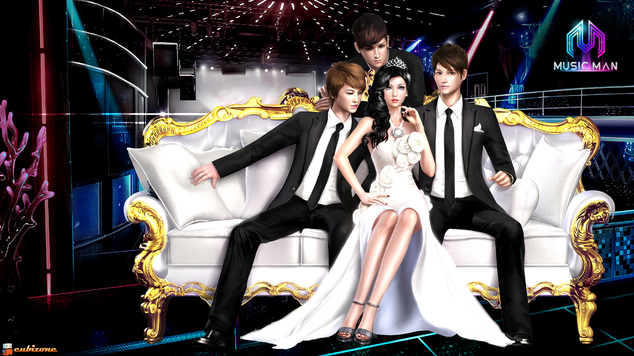 A couple of years ago during one of my pilgrimages to the fantastical video game circus known as E3, I was given a brief preview of what was easily the most unique title in the Snail Games portfolio at the event. At the time, the game was being called Music Soul, and I’ve been waiting patiently ever since for new details on the game to finally emerge.

Flash forward to the present, and we’re now able to confirm that the game has been branded Music Man Online (MMO for short, get it?) and will be entering closed beta on July 14, 2015. The test client will introduce participants to 4 distinct game modes: Classic, Rhythm, Beats, and Thunder mode. While you’re waiting for the test to begin, there is a pre-registration site which grants players who pre-register a Celebrity Pack reward.

Not sure what Music Man Online is all about? The official site describes it as:

“Music Man Online is a casual dancing game developed by Snail Games using their next generation in-house 3D graphic. The game revolves in virtual simulation in a backdrop environment where music, fantasy, fashion, and technology collides.”

In some ways, you could think of MMO kind of like ABP Reloaded, only replace all the guns and violence with dancing. In other words, it’s a modern day Electric Boogaloo.

In terms of game features, there is extensive Home System that works kind of like player housing where you can unlock various levels through active play. Homes level up as soon as you reach certain requirements, and in the meantime you’ll be able to edit things like furniture, wallpaper, rooftop, and windows. You’ll reportedly even be able to edit your lawn and participate in mini-games like planting flowers.

Be sure to check out the official game trailer for Music Man Online below, and don’t forget to check back for Ten Ton Hammer’s complete coverage from the closed beta test!

To read the latest guides, news, and features you can visit our Music Man Online Game Page.