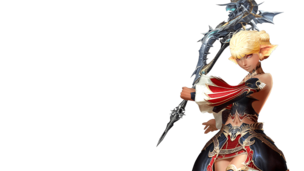 Lineage II: Vanquishing Monsters
<b>How To Rid The World of Monsters...</b><br /> <br /> Today the makers of Lineage II have issued a press re
News
Lineage II

Today, NCsoft, the world's premier publisher and developer of Massively Multiplayer Online games (MMOs), continues to build upon Lineage IIs rich six-year history with the announcement of the release date of Lineage II: Freya, the latest instalment to the Lineage II saga. Come August 24, Lineage II players will continue their journey in Aden, working their way towards the climactic battle against Freya the Ice Queen.

Beginning today Lineage II fans interested in pitting themselves against Freya prior to the patchs release can do so through the games Play Test Servers (PTS). In addition to giving players a taste for whats to come, these temporary servers will feature exciting in-game events where players can test out the latest content alongside members of the Lineage II team.

Other features to look for in the Freya update include:


Players can get started right away by visiting http://www.lineage2.com/freya to download the Play Test Server, read the full patch notes and preview the exciting content Freya has to offer. For more information on Lineage II please visit http://press.ncsoft.com.

NCsoft, headquartered in Seoul, Korea, is the world's premier publisher and developer of massively multiplayer online games, including the critically acclaimed Aion®, Lineage®, Guild Wars, City of Heroes® and Exteel® franchises. NCsoft West is a division of NCsoft that holds operating responsibilities for North America, Europe, South America, and Australia/New Zealand. More information can be found at http:// ncsoft.com.

To read the latest guides, news, and features you can visit our Lineage II Game Page.

Lineage II: Vanquishing Monsters
<b>How To Rid The World of Monsters...</b><br /> <br /> Today the makers of Lineage II have issued a press re