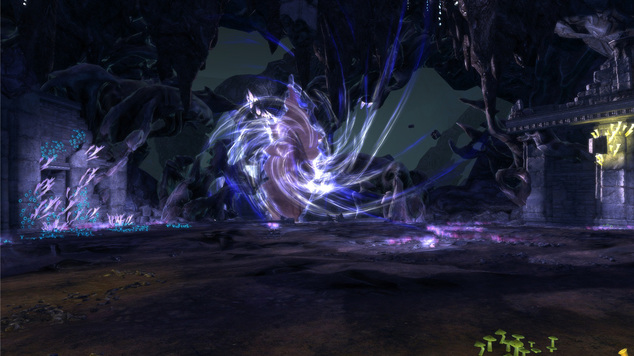 Neverwinter's Demogorgon
Alex chimes in on Neverwinter: Underdark's battlefield environment blog for the Demogorgon. Read on to find out

Neverwinter: Underdark recently posted a new developer blog dicussing the thought behind creating the enviornment for a showdown with the game's Demogorgon.

Lead artist Mike Apolis shares some thoughts and opinions about how he and his team went about creating the environment for this epic battle with one of Neverwinter's fiercest opponents yet: the Demogorgon. Below is an exerpt from the blog about the look and feel the team was trying to create in this instance.

"Demogorgon is a huge, powerful demon who is said to drive mortals insane through his mere presence. With dual tentacles on each arm, he can swing from stalactites and maneuver the dangerous caverns of the Underdark with ease. So potent is his power that he is able to project madness into his surroundings, bending and twisting the environment in unnatural ways."

"With such a frightening adversary, we wanted players to feel like they were facing an immense and powerful monster by showing evidence of his corrupting influence in the rocks and ruins of the area. To do this, we placed a large abyssal tear at one end of the arena, which is also where Demogorgon first appears.
We then filled out the area with boulders, ruins, fungus, and other Underdark details, and placed them in a way that made it look as if the environment changes the closer it is to the abyss and Demogorgon’s influence. We twisted and melted the rocks around the tear, making them look corrupt and unnatural."

"We further drove this idea by adding numerous effects surrounding the tear such as dust and debris that violently gets pulled into the abyss, and glowing cracks in the ground to add to the twisted, crumbling appearance of the environment. Even the dirt on the ground begins to resemble melted black ooze as the presence of the Demogorgon grows stronger. As you fight Demogorgon, the environment reacts and the rocks around the abyssal tear become more warped and corrupted."

"If you actually get a chance to stop and look around, you’ll notice that this area of the Underdark looks like it was once populated by large structures, possibly created by some long lost Underdark civilization. Throughout the fight, more evidence of the ambient magic of this area is revealed, as ancient glowing runes and writing appear on the old stone ruins that try to aid you in battle. Could it be that Demogorgon was drawn to this place of power? That the ambient energies in this ancient precipice somehow feed Demogorgon’s corrupting influence? Or have you already been driven mad?"

Bringing the Forgotten Realms to Life

While I haven't gotten the chance to explore every nook and cranny of Neverwinter Online, I'm always interested in how the team envisions and produces a graphical recreation of a world I've been living in for well over a decade.

As a huge fan of author R.A. Salvatore and his work in the Forgotten Realms, regions like Neverwinter, the Sword Coast, and of course: The Underdark, are all visions Salvatore helped cement into the minds of Dungeons & Dragons fans everywhere. Anything Dark-Elf related in particular has Bob's handywork all over it, so watching how developers and designers bring those already vivid worlds to life is always important to me.

This particular creature and battlefield is even more intriguing to me as (SPOILER ALERT!) the Demogorgon makes a late appearance in Salvatore's latest installment of the Legend of Drizzt: Archmage. In that book Drizzt and the Companions have a run in with this vile creature from the abyss, as they attempt to thwart the schemes of Drizzt's nefarious kin and their evil goddess Lloth.

It's always fun to watch these settings, locations, and characters get brought to life in an interactive experience. Anyone who hasn't yet had a chance to explore some of the Forgotten Realms novels and is already a fan of the Neverwinter franchise definitely needs to do so. Until then, enjoy the trappings of the Underdark and it's latest horrific defilement: Demogorgon 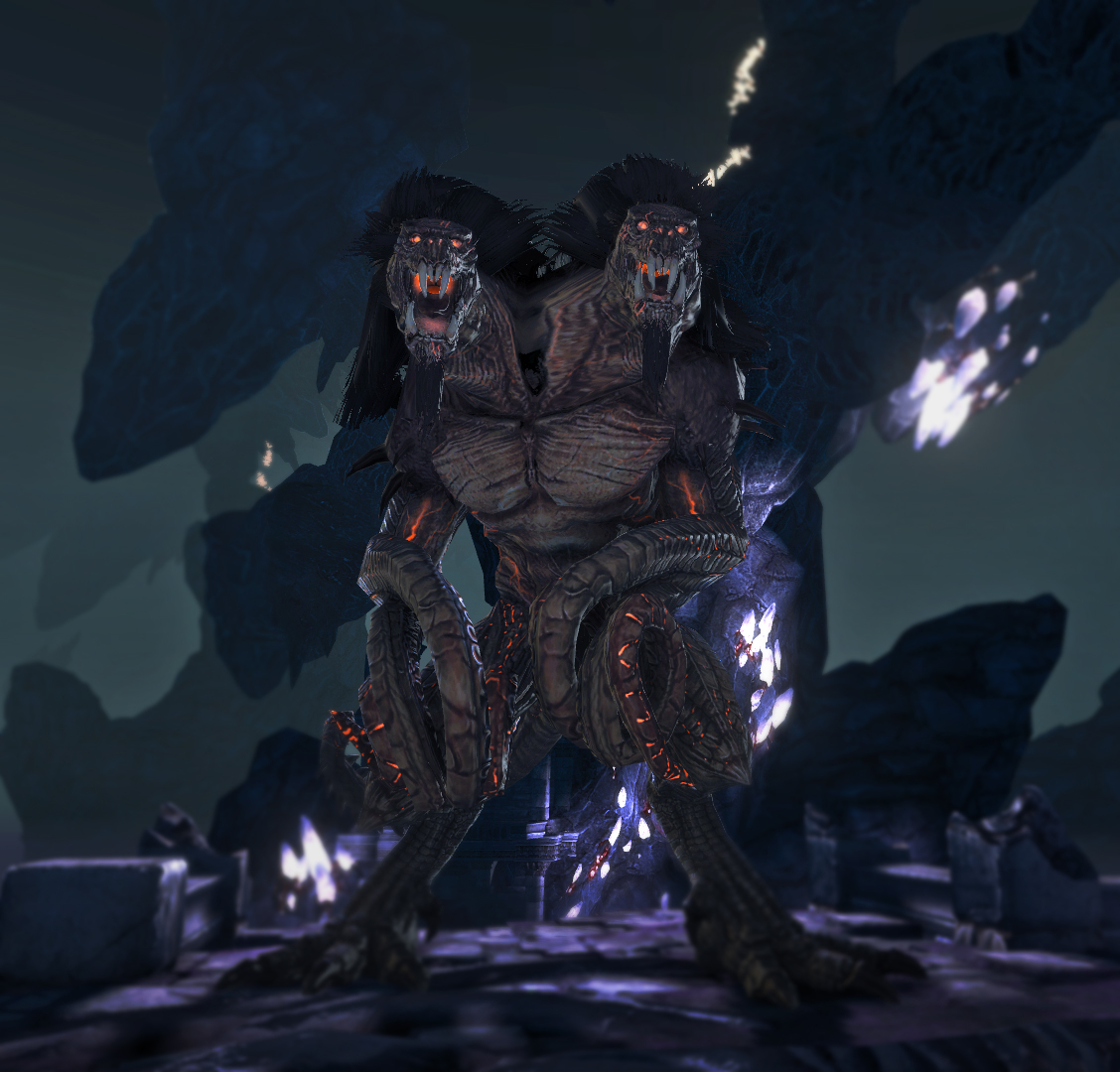