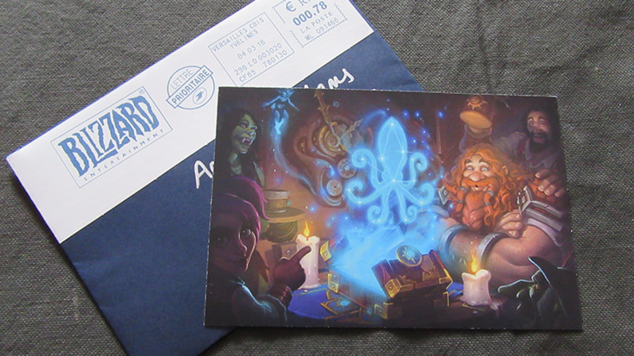 New Hearthstone Expansion to be Announced on March 11th
The next Hearthstone expansion is closer than you think.

Blizzard recently posted a tease on their Twitter that contains a date and place on which they will announce the next Hearthstone expansion. That date is March 11th and the play is the official Hearthstone Twitch channel. The last two expansions have brought major change to the game, so we can expect much of the same to happen with this third major expansion to the series that has been rolling in in the card cash since it released.

Using the numbers from the last two expansions, expect there to be upwards of 130-140 new cards added to the game, likely with all new mechanics. The Grand Tournament added the joust mechanic and a whole host of other new and unique card abilities.

In the meantime if you're still looking for some powerful deck builds, you should head to our Hearthstone section and give our gides a look. You may just find a deck that fits your fancy.