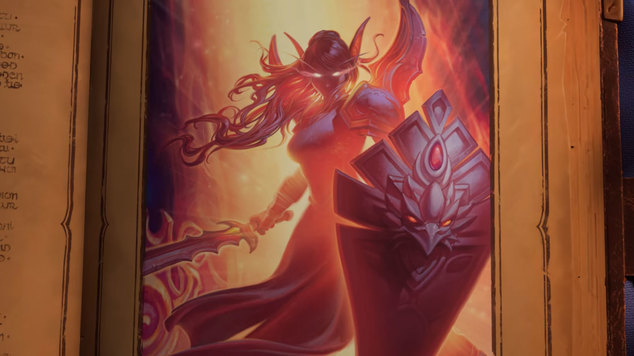 Blizzard has never been one to shy away from cross promotion between their many games, and even transferring characters between the different universes. A new hero in Hearthstone many will recognize from World of Warcraft lore, Paladin Lady Liadrin can only be acquired by putting some time in to WoW. Twenty levels specifically. Those who level a new character from 1-20 will receive a special WoW achievement that unlocks the hero in Hearthstone.

If you're one of the many players who actively plays both the games and already has a stable of lvl 100 characters, you're out of luck. Only characters that reach lvl 20 after March 11th will be eligible for the reward.

Note that while the World of Warcraft Achievement will not be rewarded retroactively, anyone who leveled a character to level 20 after 11 a.m. PST on March 11 will be eligible to receive Lady Liadrin.

Paladin Lady Liadrin of course replaces the paladin hero portrait but does not change the look of the hero power from silver hand recruits to blood knights much to the disappoint of those who know her back story.