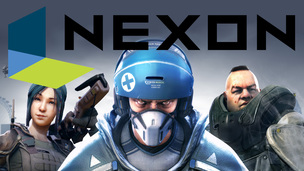 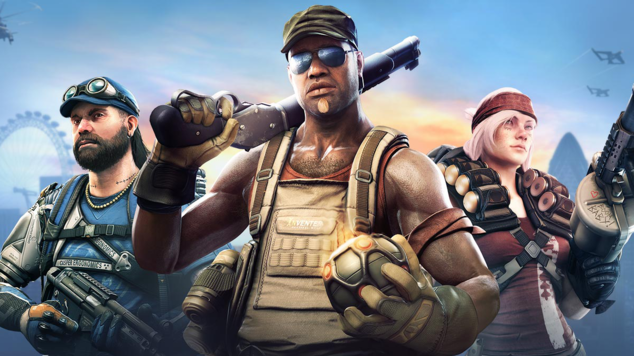 Mark today as they day where things get dirty. Nexon America, publishers of MapleStory and Mabinogi, and Splash Damage, developers of Batman: Arkham Origins Multiplayer, have announced that they have changed the name of their F2P shooter Extraction to Dirty Bomb to fit the unique atmosphere and environment of the game. This news also comes with announcements that they will be running dedicated servers in North America, Europe, Australia and New Zealand.

What is Dirty Bomb you may be asking yourself? The setting takes place in year 2020 in the beautiful city of London where the skies are grey and the grass has been obliterated. The city has befallen some horrible, irradiated disaster, and has been evacuated and abandoned. After a failed attempt to clean up the mess and decontaminate the city they had to scrap the city and leave it. That is where you come in as a mercenary of a Private Military Company to help battle out for control of the city and claim all that forgotten money..

The announcement goes on to say:

Dirty Bomb is a competitive multi-player online first-person shooter, and the first in a new generation of games published by Nexon America. Free-to-play, and more importantly, free-to-win, Dirty Bomb is a unique team-based game in which players will select from a diverse group of mercenaries, each with their own very different personalities, talents and weapons, to create specialized squads to take into the fray on a quest for riches and bragging rights.

There is no more London, folks. There is only the "Merc Capital of the World". That is what Dirty Bomb is.

Don’t be worried about playing as one of the many faceless guys that are normally part of the genre and littering the streets with their bodies. You get the choice to be one of the mercenaries who carry around some big game with their big guns. Each one has some serious, distinct firepower and abilities on top of their unique style and personality. Guns, grenades and possibly a snappy one-liner or two is what you should expect out of this team-based shooter.

Don’t think this is a new shot at shooters for the UK-based developers Splash Damage. They have released many hit titles like BRINK, Wolfenstein: Enemy Territory and Enemy Territory: Quake Wars. They have experience at this and can surely bring some fire-power (get it?) to the genre.

Dirty Bomb is currently in its closed beta state and will be ramping it up to accept more players during these next few months. To get more information about Dirty Bomb, or to sign up for the beta, head on over to their freshly painted site and get in on the reopened beta registration. Get in there guys, earn some bragging rights and make a name for yourself. Most of all just make sure to get dirty.

To learn more about Dirty Bomb and to sign up for the beta, be sure to visit the official Dirty Bomb website.

To read the latest guides, news, and features you can visit our Dirty Bomb Game Page.

Nexon Revenues Up 9% in Q3 2015
Quarterly financial results were shared with Nexon investors today, with PC gaming still leading the charge to