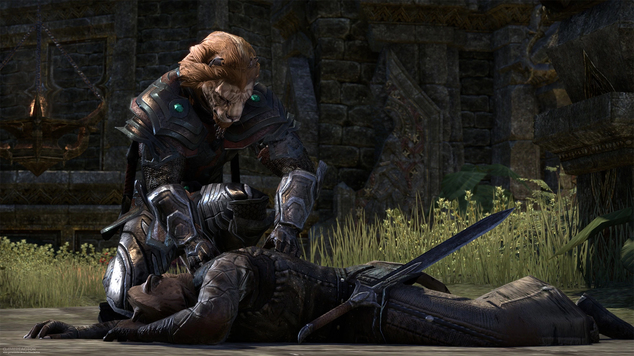 Next ESO Chapter Datamined
Elsweyr and the Necromancer are tipped to be next.

I regularly keep one eye on The Elder Scrolls Online, simply because I love its game world, but find its combat to be poor. That said, there's so much that's good in the game, I also regularly return to it, even if it's just to run around. Sadly for me, it never had a Necromancer class (a personal favorite), but according to a new datamine leak over at elderscrolls.net, that looks set to change. According to them, the Khajit homeland Elsweyr is the next location, while the Necromancer the new class. Alongside that, there's also new pets, souveneirs and mounts.

What's particularly interesting about the Necromancer news is the fact that it's considered a dark-art in the universe, and highly frowned upon (much like Vampires and Werewolves). It'll be interesting to see how their arrival into the game is dealt with.

Necromancy, commonly called The Black Arts, and called "Alok-Dilon" in the Dragon Language, is a sub-school of Conjuration. Necromancy particularly deals with enslavement and utilization of involuntary souls and their bodies. School of Necromancy is also responsible for creation of black soul gems.