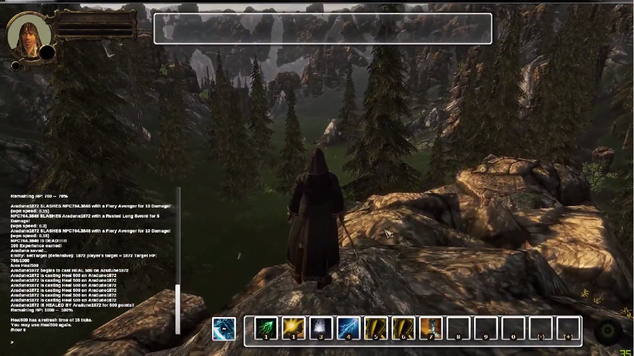 I'm not sure why I keep writing about Pantheon: Rise of the Fallen. Maybe I'm just a glutton for punishment. Maybe I just really want what got me so excited about six months ago to exist. I really want a modernized old school MMO, which I haven't had a full experience of yet. Either they still manage to look like they were made in the late 90s or they're open world PvP. I just want a modernized MMORPG with PvE as its core gameplay. It's my white whale. Lately, my enthusiasm for Pantheon has been petering off, but it's still a game I really wish would exist already, and just when you thought it was dead, it seems to come back to remind you it's always been there, kind of like that tuna sandwich you had for lunch. 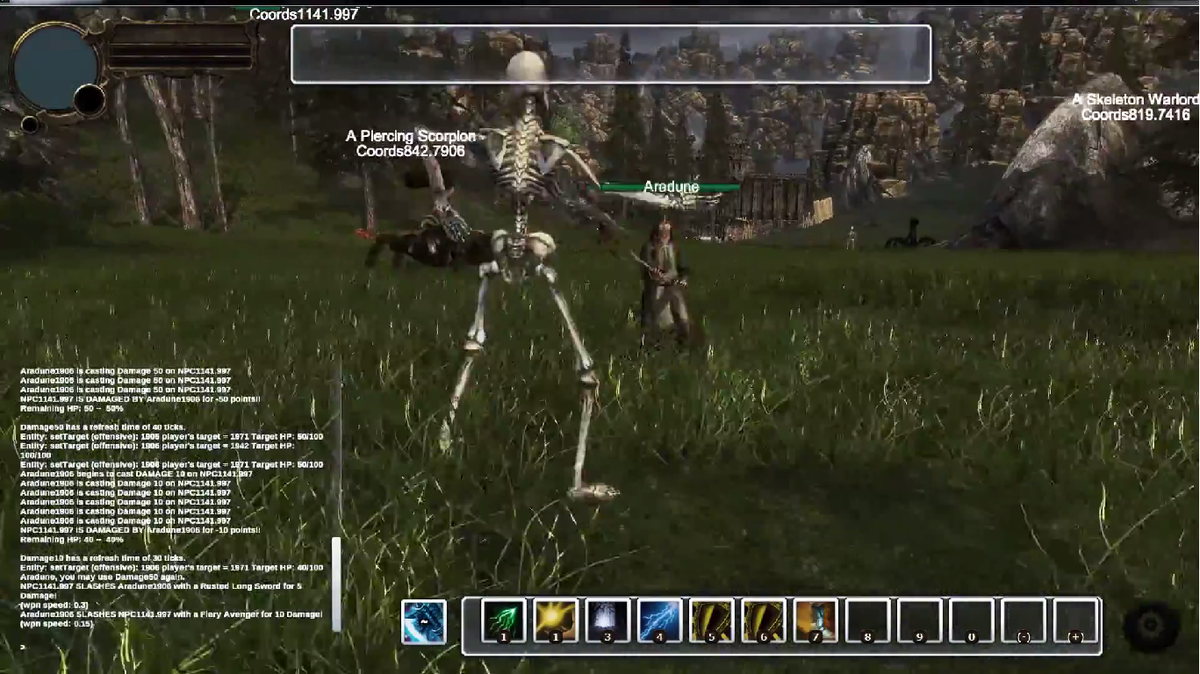 Because I pledged for Pantheon's Kickstarter, every now and then I'll receive emails informing me on updates. Usually, they're not full of much, but are at least interesting enough that I keep looking at them. Today's email, however, tells a different story. For once, my Kickstarter updates come with some meat and potatoes. Even though Pantheon's Kickstarter wasn't successful, the team still uses the campaign to continue to reach out to its community, the community that has donated over $162,000 directly to Visionary Realms, Pantheon's development team, by direct crowdfunding. 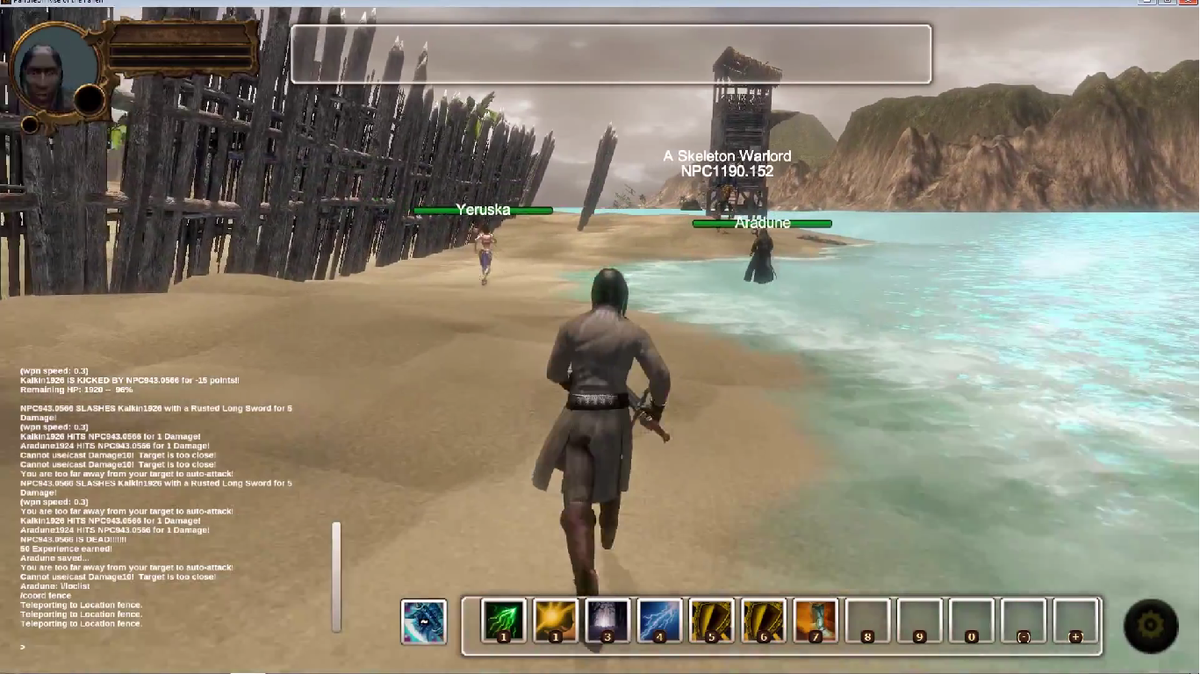 Speaking of their development team, Pantheon has moved over to a pretty much entirely volunteer team these days. Most of the core team that Visionary started out with have gone on to pursue other things. Salias and Vu were part of me being all aboard the hype train, and with their departure, I'm a little bummed. I understand people need to pay rent and have families to feed, but I'll miss them. There have been a few controversies surrounding Pantheon since its start, and the volunteer dev team is one more mark on its permanent record. McQuaid brought on friend Laurene Wells as a co-producer, which is where he got the idea for a volunteer team, as Wells “had been working on a religious niche MMO for years using a volunteer only team.” Recently, her archaic views on homosexuality, which had been posted to Facebook, have surfaced. I'd hope that someone who would say such outright hateful things about other human beings isn't really someone to call a “friend”. 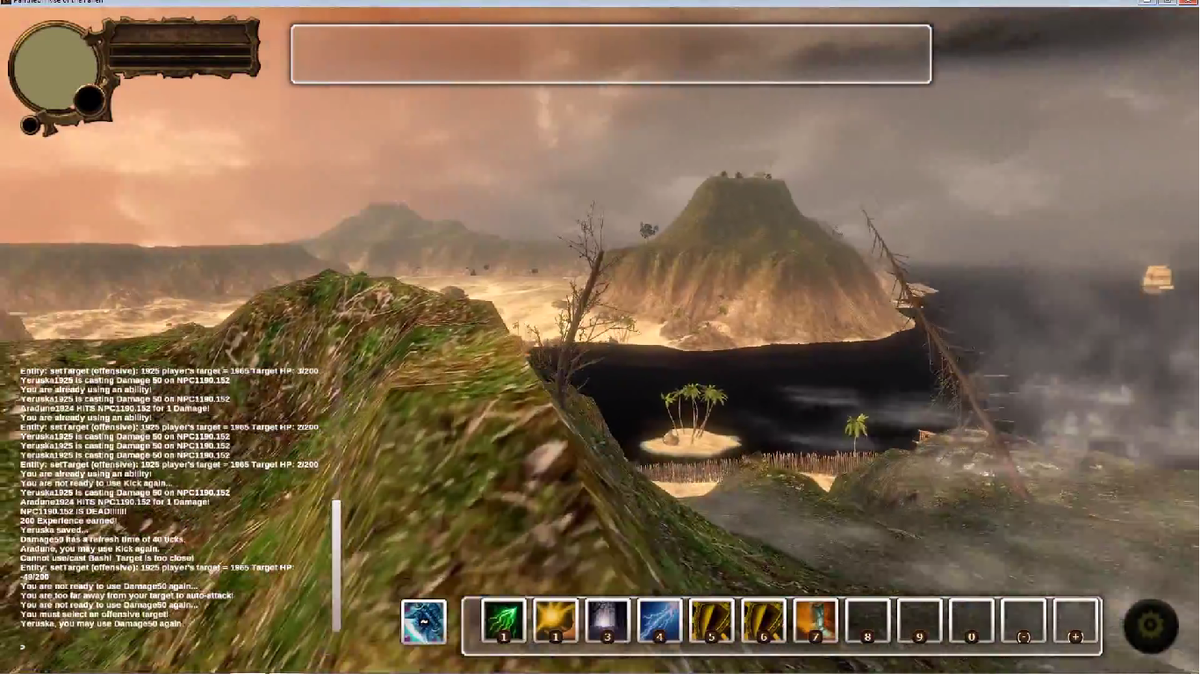 Ahhh, this part is my favorite -- look at that fog!

In the Kickstarter Update, they thank their community who have donated, and let us know that they're still searching for accredited investors (pro-tip: if you want investors to take you seriously, maybe make sure the other head hauncho making all the big decisions isn't trying to win some sort of hate speech competition). They also gave a breakdown of where the money is going to:

Crowdfunding income is used to purchase and maintain software (such as Unity) as well as to help out the volunteers we have, primarily those who don’t have a day job and work 8-12 hours on this project every day of the week. We hope by releasing these videos of our progress every 1-2 months we can reassure the community that Pantheon is indeed a serious MMO in development and making clear and measurable forward progress. To that end, we certainly appreciate any donations or pledges you can make. That said, if times are tough, at least join the community and learn about the game – we think you’ll like what you see.

The video looks pretty fantastic. I wish this had been Pantheon's Kickstarter video. The game surely would have gotten much more attention then. One interesting statement in the Kickstarter Update is the following: “Also, look at the gameplay going on in the chat window -- combat is there, spells, buffs, cool downs, auto-attack, etc. The gameplay depicted in the chat window will always be ahead of the graphics and UI depicting that gameplay (by design).” I hope the part about the chat window being ahead of everything else as far as combat goes being the design is in regards to this demo here, and isn't how gameplay will be overall. If it is the intended design on combat for release, that would make combat a bit awkward and clunky, in my opinion.

Until I heard the words that Wells had posted, I had been like a love-sick teenager batting her puppy dog eyes at the boy across the room I was too nervous to speak to with Pantheon. Now I'm torn. I've remained a fan of McQuaid's work throughout every other controversy that has come up, but rumors and using crowdfunding for a paycheck are completely different than outright hateful commentary aimed towards other people. Words like that should not be tolerated. They have no place in our society. With Wells at the co-helm, I don't think I can continue supporting a game I wanted to be a reality for so long.