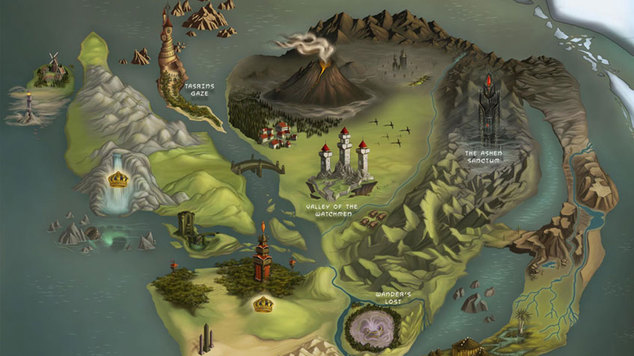 In a big shock, to me at least (I could be living under a rock), it seems that Visionary Realms (owned by Brad McQuiad) has finally gotten enough funding for their dream to become reality. It seems that the game will be reaching alpha at some point this year and launching some time in 2017, according to the press release:

The funding came from an angel investor and has allowed Visionary Realms to expand its team, build a prototype of the game, and launch two new websites to showcase both the company and the game. Additionally the funding has granted the studio enough resources to bring the game into an alpha phase, where external players will get a chance to test it and provide early feedback.

“This has been a game changer for us,” stated Chief Creative Officer, Brad McQuaid. “We’ve been able to fill in some key roles, from artists to programmers and designers. This in turn has allowed us to complete the last pieces of the prototype and we are now preparing the game for alpha. Now is when things start to get really fun — we have a playable game we can soon start to show. We can’t wait to start bringing in players to get their thoughts.”

Visionary Realms aims to begin Pantheon’s alpha phase by the end of the year, ultimately targeting a 2017 release.

Pantheon failed to acquire funding in a previous Kickstarter bid and has since been crowdsourcing a skeleton crew doing things, like keeping the dream alive, and I assume working on the game as best they can. This is a big, big thing for fans of Brad McQuaid's work (EverQuest / Vanguard) and hopefully with a playable alpha, they'll be able to secure additional funding to make the game even more boss than they're currently planning.

Early this month (a week ago actually) it seems the team had already begun to expand, so hopefully the project will continue to move forward from this point.

You can read the press release over in their news bin.