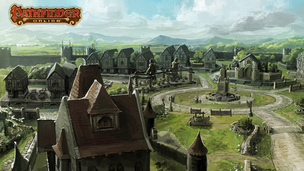 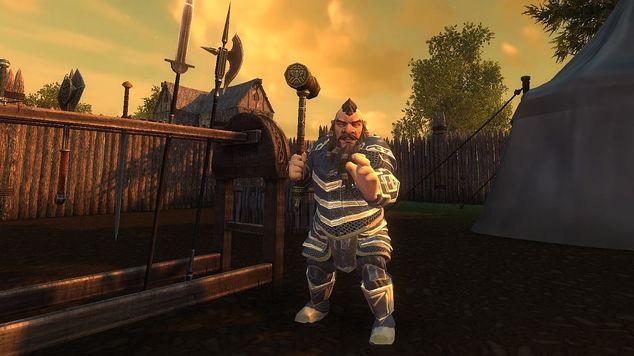 In some very sad news, Goblinworks, the studio behind Pathfinder Online, has let go all but three members of its staff which will remain in order to keep the lights on until they can secure additional investment / publishers. The vast majority of the staff have been let go, but for all intents and purposes the game will remain online. The biggest takeaway is that current subscribers are the biggest and best hope for the game to see the light of day, because they're the ones who are keeping the last three employees plus the servers in the company. The post by Lisa contains a lot of interesting language about what's really going on, but I'm at best able to speculate like the rest of the community can.

This is sad for a lot of reasons, mostly starting and ending with the fact that Kickstarter backers are going to have to bite their fingernails on if they're going to get their rewards or not, and fans of the game (those who really enjoy it) have to wonder each and every month if it's the last. Along with the fact that news like this can make people very afraid to keep supporting the game, even if their support is the only thing between the game living and failing. I was going to write a lot of negative thoughts and ideas about how this has come to be, including how the industry sometimes lets good projects die, but for now I just want to say that you can read the entire post here to get the details (they're going to continue developing the game, only three staff members, and they're looking for a publisher) but, I do want to say that if you love the game, for everything that is good and holy you'll need to keep in there and believe that someone will pick the game up at some point.

If there is a negative reaction and people pull out, then it'll just disappear. Likely, if all support fails, they'll become very unattractive to a publisher, and the only hope is someone wants their technology, not their game. That's the thing with how the industry works right, is if this isn't a viable game and it hasn't proved it has the market share, then its only value is the technology its based off of.

So with that said, if you enjoy the game, you need to support it. If you don't enjoy the game or more specifically, where the game is going in the future and the content plan, before you think of walking away, consider providing feedback. Community is everything with a game like this. One thing I do want to say is that the folks left, especially Lisa, have been on some projects that were going to not happen, especially Vampire: The Masqurade (which most of us here at Ten Ton Hammer think it's the coolest game ever), and there has been a nearly limitless cases of games flickering out before their flame ignited.

Anyway, I personally wish those who were impacted by these layoffs the best of luck and I really sincerely hope that Goblinworks can become strong enough again to bring their family back together.