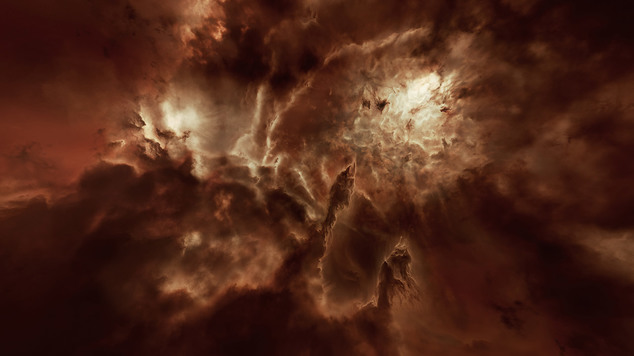 Phoebe To Change the EVE Universe
CCP says that the upcoming patch for EVE Online, Phoebe, will completely change the EVE universe on November 4.

Like I said yesterday, November 4 is turning out to be a huge date for gaming this year. The impact on this date increases with CCP releasing information for EVE Online's upcoming update, Phoebe, which they say will completely change the universe. According to the press release sent out by their PR team, there have been “leaks” coming out (their air quotes, not mine), and with that, they've put together a compendium of update info, which likely won't be complete until Phoebe launches. There's a lot contained in the news for Phoebe, with everything from invention, to skill queues, to jump fatigue and much more. The next planned update for EVE will take place on December 9, which is called Rhea.

Phoebe will usher in a new era for “nullsec” (player owned areas) as well as bring in new opportunities for exploration and evolutions to major systems like the skill queue, Invention, market trading, notifications, the sensor overlay and more.

For a quick, seven minute overview of the changes coming to EVE Online with Phoebe, CCP put together a brief video that describes many of the changes, including “a small” feature called jump fatigue. Air quotes are totally needed here, since this feature is anything but small. The gist is, the more you jump, the longer it takes to recover between jumps. While it might seem like CCP is trying to discourage jumping, the reality is that they're trying to encourage smaller scale battles, according to the video. I'll have to take the word of developers here, since I've never had any interest in EVE. This seems like a good place to throw in a disclaimer here. While I am aware that this is huge news coming to the EVE community, I don't have any experience with EVE, but I will do my best here to get the news out.

The long distance travel overhaul that includes jump fatigue is only a small slice of a much larger picture. CCP feels that Nullsec has become stagnant, so they will be rolling out several changes in at least three phases to help resolve this problem. Phase Two for addressing Nullsec issues will include changing the way organizations capture and hold areas of Nullsec, so that there can be smaller and more diverse holdings. Phase Three will roll out changes that allow for “more dynamic warfare and more granular control of territory.”

We are going to allow capital ships to use gates in lowsec/nullsec, and we are aiming to make gate-to-gate travel take less time than jump travel over distances of more than ~20 LY. We've run simulations for capital ships travelling between arbitrary pairs of systems, and settled on the target movement speed of no less than 3 minutes per lightyear for travel over 20 LY. This should allow us to bring about the main change we want to see – less sustained use of jump travel – while still preserving its value for short bursts of movement.

While these ships will have easier travel, players as a whole will begin experiencing jump fatigue on November 4, which will persist through logouts and even downtime, when it is appropriate. This fatigue will be tracked per character, and the more jumps made, the more the fatigue increases. The greater distance (light years) traveled will increase your fatigue, as well. While I could go on and on about this one change alone, I'll just refer to the dev blog that covers it, so we can get back to the rest of what's going on in Phoebe. 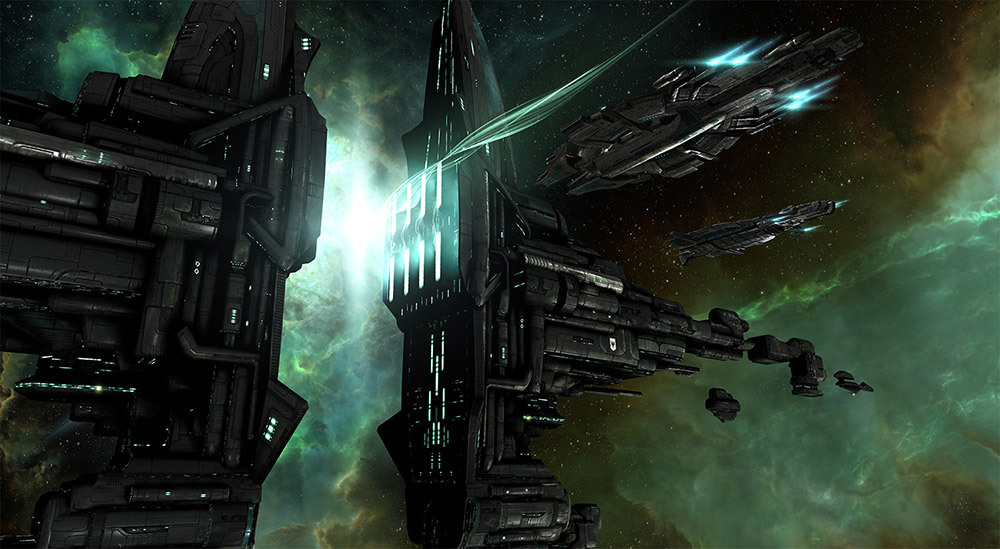 One thing several of my friends are pretty excited about is the change to the skill queue. The queue is now unlimited, since the 24-hour cap has been lifted. Queues can now be expanded as much as you want, so feel free to queue up a year's worth of skills to train if you feel up to it. One friend says this will make it so he doesn't feel the need to log in as often, but CCP will end up with his money for longer. Trial accounts, however, will remain restricted to 24 hour limits, which makes perfect sense to me. Some other nice quality of life changes coming with Phoebe include the ability to add multiple sell orders to the market at once, which has been a long-requested feature by the community. Bookmarks, where you can add in ally whereabouts and other coordinates, are now available in the overlay. Inventions get an overhaul, and reverse engineering have been merged with them. 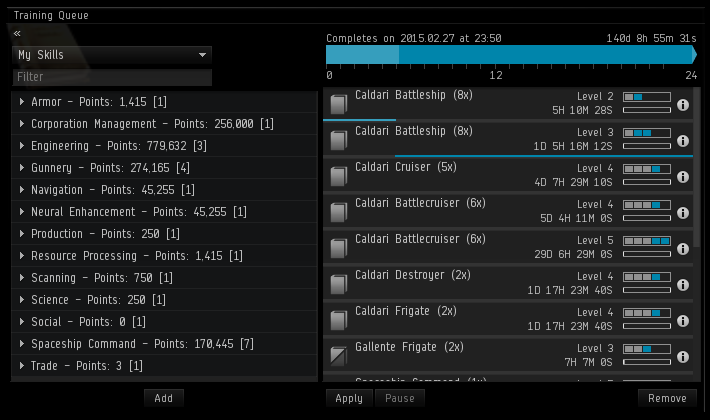 Players will see changes to exploration in EVE Online with Phoebe. These changes are being made to alleviate issues where Relic sites are worth more than Data sites, due to the amount of ISK per hour. To address this, CCP has lowered common drops in Data sites, increased the drop frequency of POS blueprints in both Data and Relic sites, increased the drop frequency of Optimized items in Data sites, and added in faction materials and industrial goods to Data site loot tables. These changes will reduce the trips you'll need to make to dump your common drops, while making both types of sites more attractive overall.

We’ve also added all of the Data and Relic exploration sites found in Null Security space to Wormhole Class 1, 2 and 3 systems. So feel free to venture forth into the deeper, darker unknown if you’re feeling dangerously loot frisky.

Expeditions, AKA Escalations, have also received a ton of changes and updates with Phoebe. The bulk of the changes people will see with Expeditions come in the form of fixes to current issues, which means that CCP will be ironing out the kinks to make the process smoother and more enjoyable overall. Messages have been added in that will alert players to Expeditions, which will be part of the new popup notifications added to EVE Online with Phoebe. Rarer Expedition types have had their trigger chances increased, as well. To get you in the mood, give the Phoebe theme song a listen. 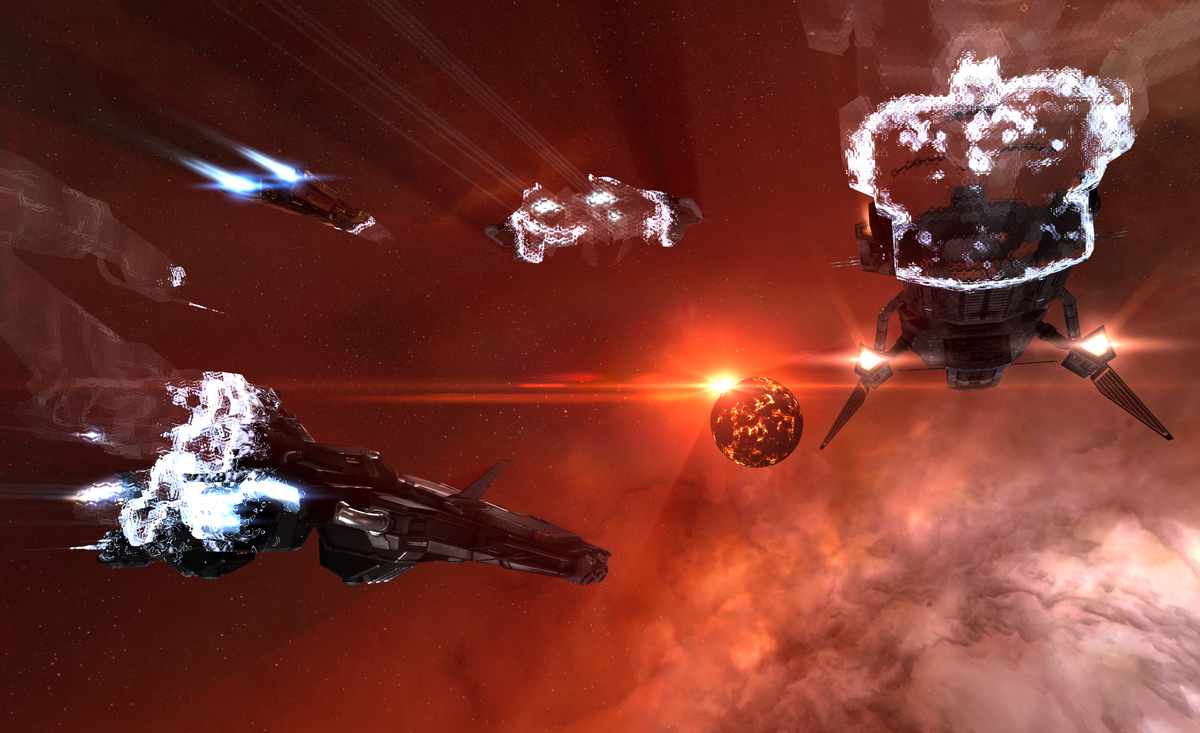 Along with the popup notifications cones the Sensor Overlay 2.0, which updates the information you have at your fingertips for everything from bookmarks to display filtering. This includes the compass we saw in the video, which will display true space north. Other visuals include new cloaking effects that will be specific to different ship types. Ships also get new turret modules. CCP will continue to pump out new dev blogs that cover the changes coming along with Phoebe, but the current patch notes (updated on October 21), can be found here.

An example of blogs that they'll continue to put out include today's blog on the new Mission Objective Guidance system. If you looked at /r/EVE you'd see nothing but the same smartass comment repeated about how no one does Missions but these changes sure look nice. This hiveminding brings a new meaning to swarming in EVE. From the outside looking in, it looks really dumb, but I'm sure there's some sort of cute inside joke that I'm just not getting. The system is being updated to give hints on what needs to be done to get to the next step or to complete a Mission, which CCP hopes will alleviate any confusion or frustrations that have come from players getting stuck while trying to work through Missions. The system is plugged into the Agent info panel, which will allow for an easy on/off switch for people who either prefer to not have the Guidance system active, or people who won't need it, such as long term veterans who've gone through Missions enough times to sleep walk through them. That is, if these people exist, because from looking for community reactions, apparently no one does these anyway. CCP_Leeloo also put up a blog that includes 146 pages from the summer's CSM9 Summer Summit notes. CSM9 Winter Summit will take place January 20-23, 2015.

As more blogs come out, and I get more comfortable covering a game that's been out for so long that I'm only just now beginning to learn about, we'll definitely be having more coverage here at Ten Ton Hammer. Have a favorite feature coming to EVE Online by way of Phoebe? Drop us a line in the comments and tell us all about it. Also feel free to let me in one what looks like a dumb meme, if there's more to the Missions spam going on in the subreddit.