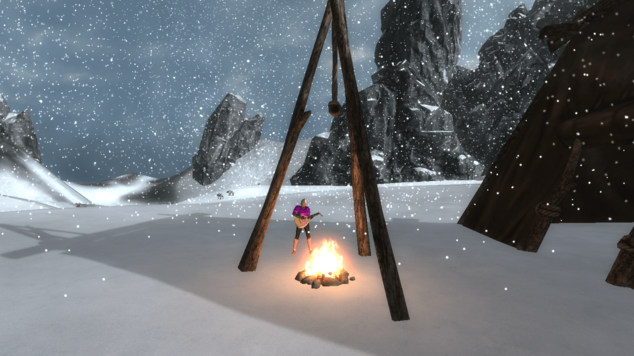 Yesterday, Project Gordon updated their game client, which is still in the pre-alpha stage of development. Their Kickstarter campaign is nearing its end and, since they are so far from their funding goal, it looks like it won't be successful. There's still a couple days left and time for miraculous donations to come through, but even if the funding doesn't happen that way, I hope the development team doesn't give up. We all know that Star Citizen was ridiculously successful with its Kickstarter, but let's be honest here. This case is an outlier and not the norm.

Dear Project Gorgon Devs, please go the route that Trials of Ascension is going with direct donations straight to the site, which will let players grab some neat in-game items. Games like Shroud of the Avatar have similar rewards packages to Kickstarter tiers that fans can purchase to contribute to the development of the game and grab Kickstarter tiers they missed out on. The Repopulation has had two highly successful Kickstarter campaigns, each for small chunks at a time. I think using the combination of direct donations through the site along with small ($25,000-$40,000) Kickstarters for bridge funding are the way to go. Rather than trying to do everything at once, set reasonable goals and let your community see where their contributions are going. This is something else that Forged Chaos is doing with Trials of Ascension, which I think is pretty awesome. 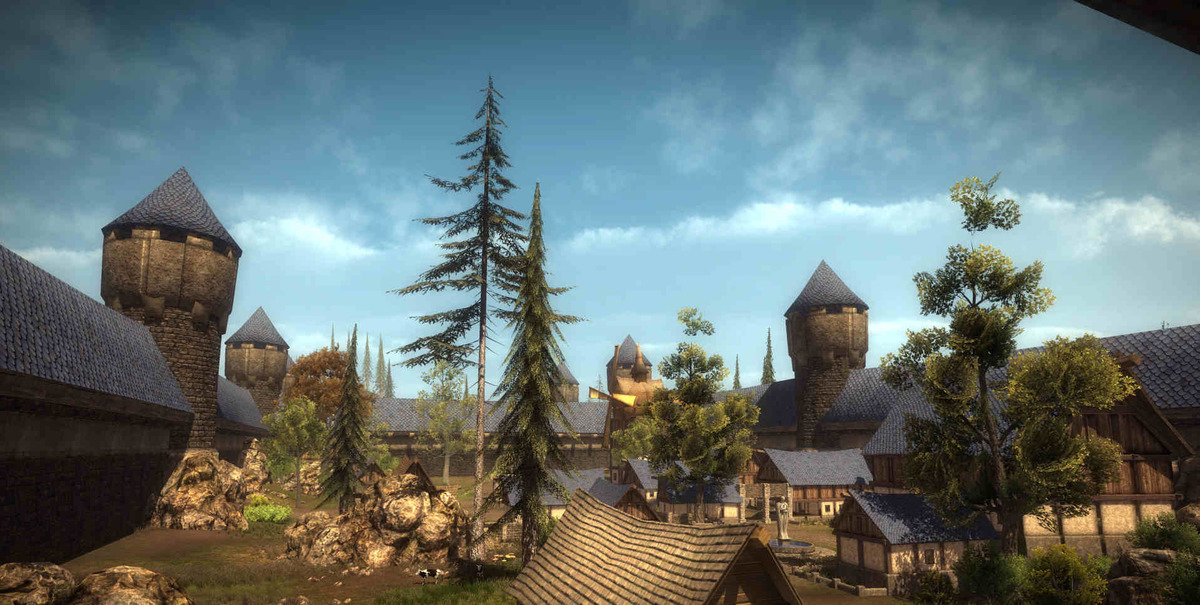 Enough about other games; back to Project Gorgon. Project Gorgon's pretty new, but one thing that I think is pretty neat is that even while it is so early in the development stage, anyone can play the game. No login is even required, but if you find yourself enjoying the game, creating a login (you can do this from directly within the game, while you are playing) will mean you can come back to your character later. This is highly encouraged if you want to help out with testing and give feedback to the team. Just keep in mind that Project Gorgon is in pre-alpha, so you will not be logging in to play a polished or complete game. If you want to experience a modern game with an old school feel, though, Project Gorgon will be your jam. I've played it a couple of times so far and I'll say that it's pretty fun. I'm still in the tutorial cave, stuck on a puzzle and in no hurry to get out. I hear you can even revisit it later on, which should be pretty cool.

Project Gorgon doesn't have any set classes. You start off with unarmed skills and you end up with a sword pretty early on, so these are your two basic fighting skills to raise up. Also pretty early on, you learn about some of the crafting professions. If you end up with some friends, there are also group areas in the tutorial cave area that you can team up and fight. Or, you'll be like me, thinking you have a grasp on the game and just die a whole bunch while exploring this area. I am enjoying running around the area with no hurry to get out, because there are plenty of things to do, like see what happens when I raise my faction with Lawara and figure out her note so I can bring down that silly red wall. 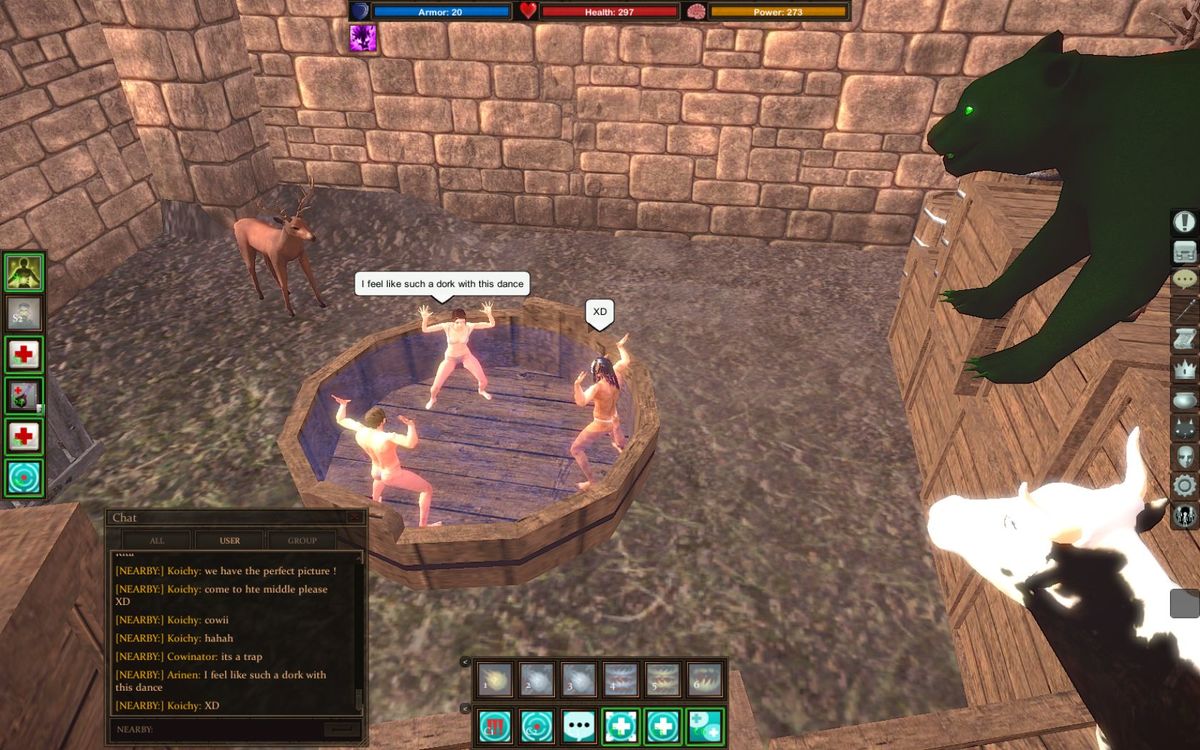 Project Gorgon, where you can fulfill all of your hot tub RP needs while cows judge you

In yesterday's patch, a level 30 area was opened up that players can explore. In it, players can learn two new skills: Hammer and Druid. These two new skills are probably only slightly less rough than the new zone (sorry, the patch notes do not say the name of the zone, only that it is accessible from the docks on the Serbule map), which is written as a “preview” rather than a new zone added in. They say it's in the super early/rough stages, but it's never too early to get to testing. The new area does not have a map yet, which can make navigation rough. Or just adventurous! With this patch, Elite mobs are also added into the game. Whether they're dispersed throughout the world or only in the new area is unknown.

I looked everywhere possible (forums, Project Gorgon's subreddit, Twitter, Facebook), but I couldn't find the notes for yesterday's patch anywhere. Luckily, I noticed the update while logging out, so I managed to take a screengrab. Besides what I wrote above, the rest of the updates (copied verbatim) include: 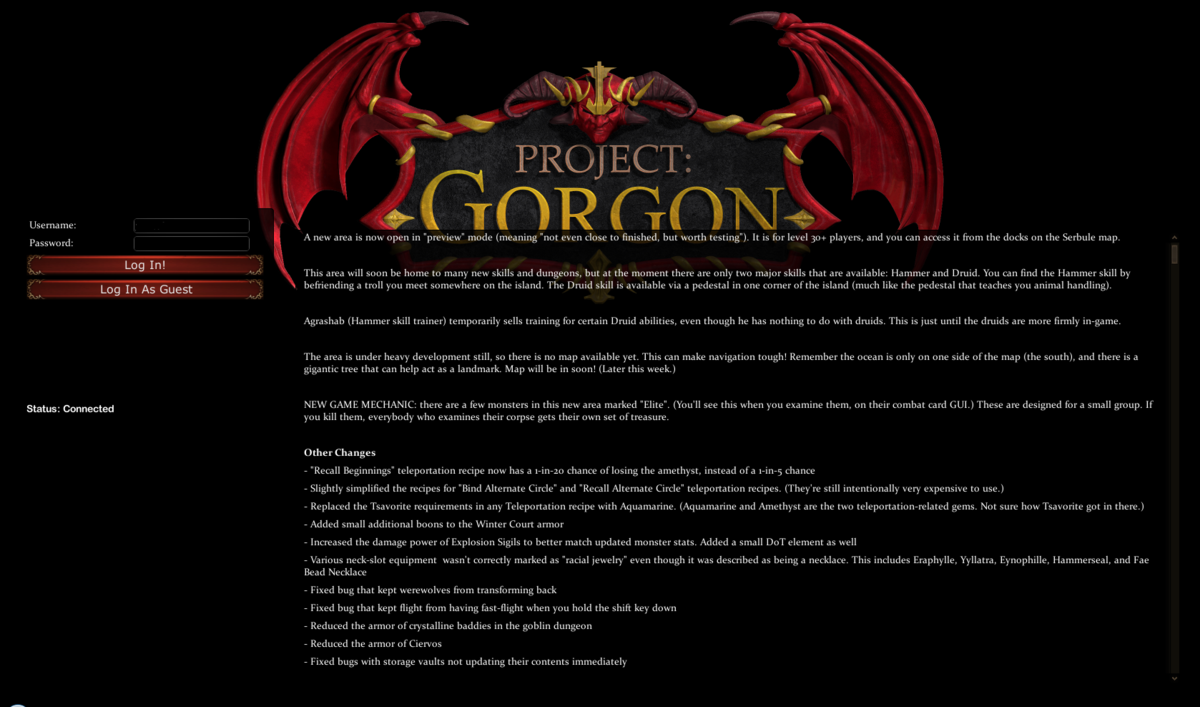 While I do enjoy a polished game, I also find a lot of enjoyment in playing games when they need player testing to figure out bugs and to give feedback. Testing can be a lot of fun, and it's something I've enjoyed doing for many years now. I'm looking forward to poking around in Project Gorgon and to see how the game unfolds. If you see Vendolyn running around, being a complete newbie (also plenty of fun) and probably dying a ton, feel free to say hi!