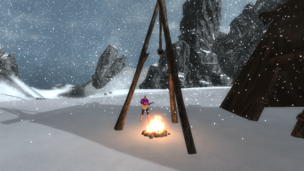 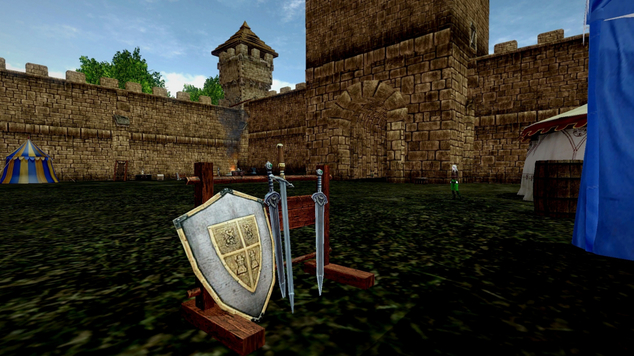 It has been some time since we last reported on the development of Project: Gorgon, but today we have some exciting news to share with our readers. An official Kickstarter campaign for the game has sprung to life, and is already just shy of the halfway mark towards the funding goal within the first few days of the campaign.

All things considered, the funding goal for the current campaign is very sensible and one that I anticipate will easily be surpassed as more and more MMO gamers become aware of the project and show support over the coming month. At $20,000 USD it is still a decent chunk of change, but ultimately a very low goal when you consider the size and scope of MMO development.

For those of you unfamiliar with Project: Gorgon, it is being developed by a dynamic duo of veteran MMO developers who have experience working on many titles you are no doubt familiar with. Project leads Eric Heimburg and Sandra Powers have an extensive and impressive resume when it comes to past MMO projects, including Asheron’s Call 1 and 2, Star Trek Online, EverQuest II, and more.

One of the things that sets this game apart from many other MMOs we’ve seen over the past decade is that Eric and Sandra are attempting to avoid many of the common pitfalls we’ve seen other veteran MMO developers fall prey to repeatedly over the past decade. As noted in a recent discussion on our forums, it is all too common for the wrong lessons to be learned from previous eras within the industry, while largely ignoring the reasons why MMOs were so compelling in the first place.

To help explain why Project: Gorgon will be different, the official Kickstarter campaign begins with a quote from living legend Richard Garriott which sets the tone for what you can expect as a backer for the project.

"While most recent MMO's have chased the EQ/WOW models, it's great to see games like Project Gorgon, pursuing the more open world and sandbox style that I think is underserved to gamers."

Mind you, EQ was originally far more of a sandbox MMO than where it ended up years later, and far more so than EverQuest II or the multitude of theme park games that followed in the wake of World of Warcraft’s success. Still, the point being made here is that Project: Gorgon will be forging its own form of sandbox gameplay rather than simply rehashing a decade plus of the same tired MMO formula.

It’s exciting to see a return to many of the concepts that helped make MMO’s and their predecessors so immersive and compelling in the first place. Here are just a few examples noted that players can expect to see in Project: Gorgon.

To read more about the project and decide if backing it is in your future, be sure to visit the official Kickstarter campaign page.