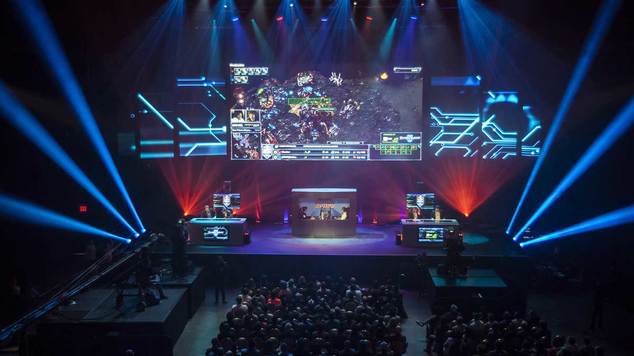 Red Bull Battlegrounds, famous for its Starcraft II championship will be adding Dota 2 to their stable in 2015.

It's the fourth season for Red Bull Battlegrounds, but the first that will include Dota 2.

Five teams, the champions of weekly group battles within their respective regions (North America, China, South East Asia, EU and CIS) will battle it out at the Grand Finals.    You won't have to wait long as the Grand Final is slated for May 10th at the Warfield Theatre in San Francisco.

But first, the five regional champions will meet up at the Red Bull Studios in Santa Monica on May 5th  to determine who will move on to the Final.

"Bringing a new element of strategy to the circuit, in the Playoffs round, each team enters the ring with three lives. Contenders will have one opportunity to choose which opposing team they will battle, fanning the flames of long standing rivalries – and perhaps creating new ones, in this first for the professional Dota 2 arena."

The two teams left standing will head to San Francisco.

But there is even more...

The weekend will kick off at the AFK Lounge in San Jose, where Red Bull is sponsoring a 100 player LAN Pro-Am.

Back To Where We Began

Once the Dota 2 festivities come to a close the details of the 2015 Red Bull Battlegrounds Starcraft II Championship will be announced.

Tickets to the Dota 2 event can be purchased at: www.redbull.com/battlegrounds