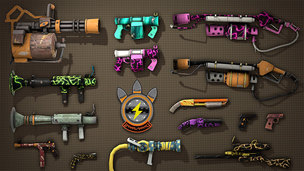 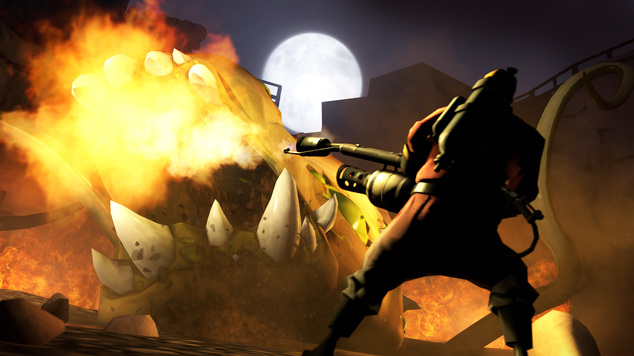 Team Fortress 2 is probably my favorite game that I'm completely horrible at, but that doesn't stop me from playing it anyway. Scream Fortress, which is TF2's Halloween event, is right around the corner, and with that comes a new blog post from Valve discussing the changes that come with it this year. Each year around this time, the dev team over at Team Fortress 2 takes time to reflect back on how the event went last year, what needs improving, and how they can make this year even better. Team Fortress is a pretty fun game by itself, requiring very little bandwidth on your end, unless you want to commit more time and effort, and there are a lot of little fun things that keep people logging in. Like hats. I have no hats, but that's okay. I'm terrible and I'm perfectly fine with that. I am tempted to buy a Balloonicorn, though. 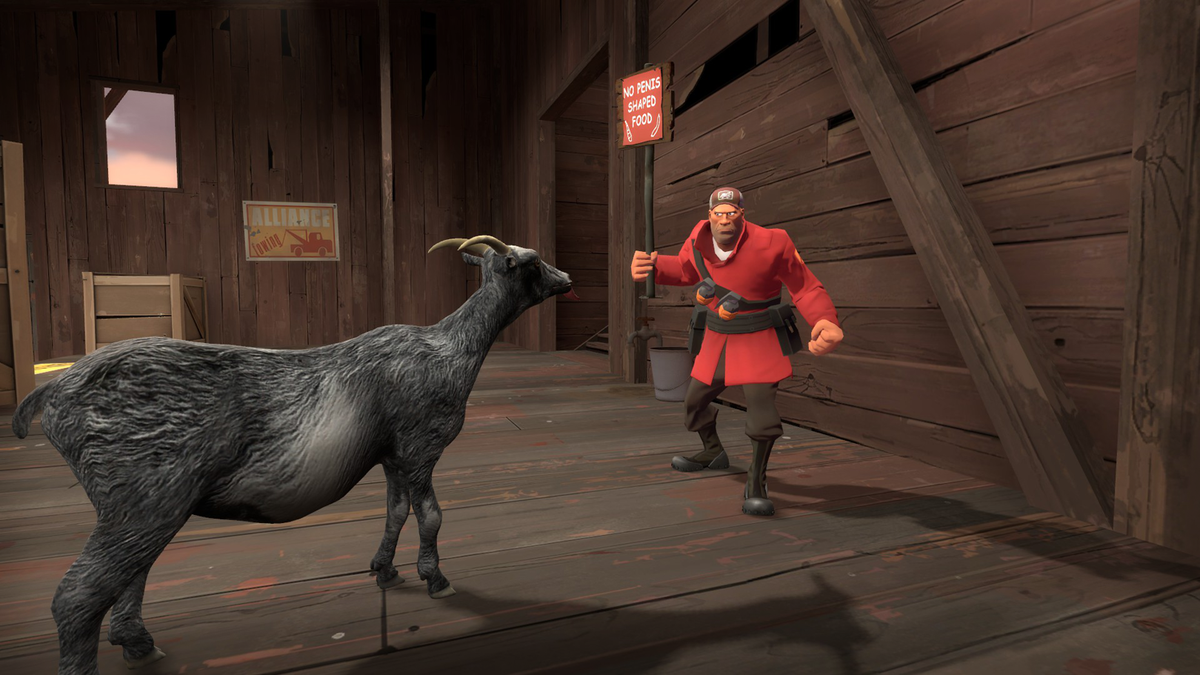 Horza said my TF2 stuff needed more goats, so this one's for you, Ian.

The biggest challenge the team has had to face in the Halloweens of past has been the gifts that come with the events. Valve wanted to have fun extra little rewards during the event that were thought to serve as bonus items. What they ended up with instead was a focal point for players, which sometimes ended up being at the detriment to other players. The big question here is, how does Valve go about creating a fun, extra reward system that will benefit all players enjoying the Team Fortress 2 Halloween event? Obviously, they don't want people sitting around idle on custom servers until gifts spawn.

A large majority of the gifts last year went to a very small percentage of the community, which drove the median number of gifts claimed per account to five. This year, in order to create an environment that's fun for everyone, so anyone participating can receive gifts without the worry of whether or not they'll be bullied out of spawns, Valve will be giving each player a gift bundle just for logging in during the event. The bundle will come with a random sampling of content, and another bundle can be earned by obtaining special achievements available during the event.

As before, we're continuing to iterate on gifts for this year's event. In line with our original goals of giving all participating players some free Halloween content without affecting the core experience, this year we'll be giving every player one guaranteed gift bundle just for logging in during the event. This bundle will contain a random sample of some of this year's content, including some that would otherwise only have come from crates. To keep some of the fun of getting multiple gifts through the event, all players can earn a secondary bundle by completing some of the event achievements. Put together, these two bundles will grant more items per player than the median five gifts from last year.

Valve is hoping this new system will help spread the love for everyone, so there aren't a very limited number of accounts that managed to get over 500 gifts, while the Average Joe sat in the corner playing with his ball and five measly gifts. On the 23rd, “Classic Scream Fortress” went live, which allows players to play through Scream Fortress maps of days past. The main event, Scream Fortress 2014, is expected to go live at any time this week. In the past, it's gone live at least a couple of days before Halloween, lasting through the first week of November. If you're playing Team Fortress 2, be sure to let us know what you've gotten this year through your gift bundle! Also let me know if you ever need a terrible teammate who has no idea what she's doing.

To read the latest guides, news, and features you can visit our Team Fortress 2 Game Page.

Team Fortress 2 Gets Gun Mettle Update
Your favorite hat swapping game just got a little more like CS:GO with it's latest update.