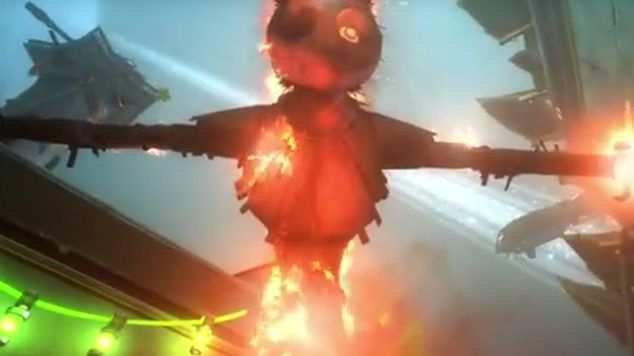 Shade's Eve, a WildStar Halloween, Comes Oct 19th
WildStar, which is now free-to-play, is going to get spooky on October 19th with their upcoming halloween event

The Cassian holiday of Shade's Eve is taking planet Nexus by storm in WildStar, starting Oct 19th this Halloween themed event will kick off.

Shade's Eve has cultivated a special significance on planet Nexus, as there are obvious parallels between the original settlers of Cassus, and those brave souls who have made the journey to the Eldan homeworld. Superstitious types whisper about the dangers of exploring a hostile alien world, where archaeologists might unearth some strange and virulent disease as they delve into the forbidden secrets of the Eldan. Perhaps Jack Shade really is out there somewhere, waiting to emerge from the darkness once again...

I don't have too much on what's going to happen. Looks like public events, daily quests, spooky themes, and other standard spooky event type stuff. A new seasonal instance should come along, called Quiet Downs, and it should be open to any player above level 10 (with level scaling). This is the first of the new WildStar: Reloaded events, a winter holiday themed event is coming next, after a Hoverboard race sometime on the 21st.

WildStar is free-to-play now, so if you're interested, dip in on the 19th and see what spooky thrills is happening.

You can read the full lore details here.