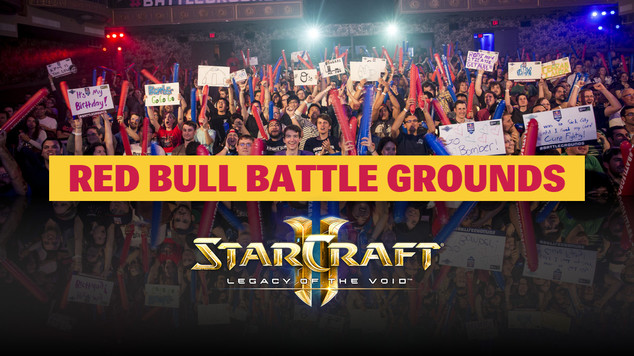 As the hype continues to build for Legacy of the Void - the third and final major campaign installment for StarCraft II – the Archon game mode is set to take center stage in the Red Bull Battle Ground tournament series, with qualifiers kicking off this weekend in Toronto. One of the things that makes Archon Mode unique (apart from this being the debut for the mode in a professional environment) is that it is a 2v2 mode. While I’m far from being a SC2 expert, I do anticipate that 2v2 will be a major attraction for fans and could help to rekindle massive interest in the event on the professional level in North America.

The Qualifier Schedule has been announced, leading up to the playoffs at the end of August, with the Grand Finals slated to take place on September 19 in Washington, D.C. All qualifiers are set to be broadcast live on the official Red Bull Battle Grounds website on the dates listed below.

According to the official announcement:

“Some of the top names in competitive StarCraft II are expected to compete in the Grand Finals on September 19th, including reigning champion Bomber who will return to defend his crown. Calling the action will be veteran shoutcasters Kevin "RotterdaM" van der Kooi and Nathan "Nathanias" Fabrican, with a host of other eSports celebrities on hand.”

Single day passes for the event are available now, so be sure to visit www.redbullbattlegrounds.com to snag yours while supplies last, along with additional details on the tournament series.