Ubisoft Pushes The Crew Launch Window Back Deep into 2014
<p>Ubisoft pushes the release window for its online open-world driving game back into its next fiscal year.</p
News
The Crew 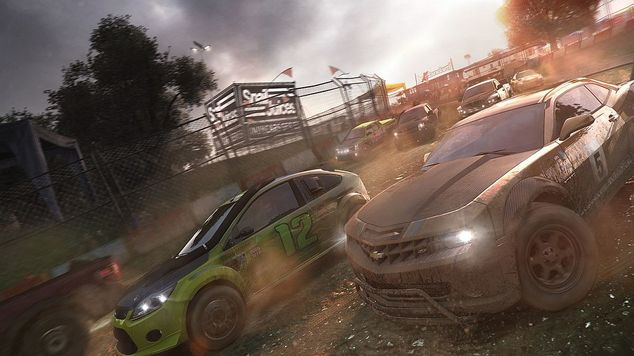 The Crew: Wildrun Beta to Begin October 15th
The Crew, an MMO racer, is having its expansion/DLC launch into bet October 15th, with a racing competition and

Mark your calendars, if you've ever played The Crew, you'll get to play the beta on Oct 15th ~ Oct 19th, while others will need to wait in a line and register. The beta isn't going to have an NDA, so you can talk about it freely, and it seems to be rather open for everyone, which will give players a great chance to test it for bugs and value as they look to increase their game with the latest DLC/expansion/update/whateverpeopleclassifythesethings.

The entire map will be available for you, and we urge you to go exploring to experience the new graphics as well as the weather system!

On top of that, you’ll also be able to test out the FreeDrive Stunts and FreeDrive Challenges features with your friends.

Finally, the Summit will be available for you in its first edition granting you access to brand new events, challenges and rewards!

The Summit is a competition that'll be running awarding medals and having a finale. Additionally, all the new vehicles and stuff should be available in the event. The Crew is an MMO racing game launched late last year, it has a persistant world and RPG like elements, but it is a racer. Oh it has a story too. The expansion will hit November 17th. Until then, get into the beta and try out the new content!

You can read more about the update here.

To read the latest guides, news, and features you can visit our The Crew Game Page.

Ubisoft Pushes The Crew Launch Window Back Deep into 2014
<p>Ubisoft pushes the release window for its online open-world driving game back into its next fiscal year.</p