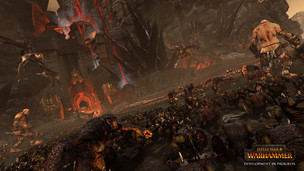 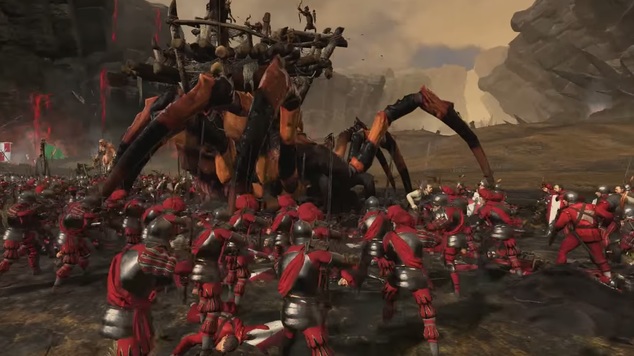 Total War: Warhammer is still months away from it's April 2018, 2016 release date, but already the trailers are coming out at a steady pace with loads of new in game footage to feast your RTS loving eyes on. The newest one features Grimgor, the infamous war boss whos always looking for the next fight.

And while the touch on Grimgors story is great, the eye candy of the clip is the brief look we get at the detailed and awesome looking campaign map, complete with a preview of several of the dwarven and orc general avatars.

From the frozen north to the human cities of the south, the campaign map looks like it will be just as pretty as the battle map. Of course a lot of this is rendered as an "in game cinematic" so you have to take it with a grain of salt.

This epic in-engine cinematic trailer will take you on a fly through of that campaign map for the first time, hinting at the shear range of cities and terrain you can aspire to conquer– from the Badlands in the South to the Chaos Wastes in the North.

Total War: WARHAMMER Set for April 2016 Release Date
Fans and followers of the Total War franchise have a lot to be excited about this week, as the official release