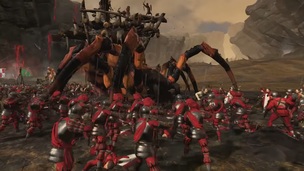 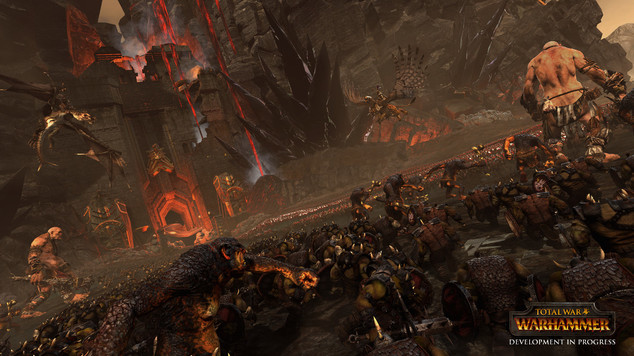 This coming Friday a new trailer is set to be released for Total War: WARHAMMER that will be the first to feature full in-game footage. The announcement also comes bundled with the news of a brand new video series for the game, titled ‘Total War: WARHAMMER Introducing…’ that will provide an exclusive look at some of the battlefield units players will come across from the Warhammer universe.

To kick the series off, a new video has been released featuring the Demigryphs which are part lion, part eagle, and totally badass. The official announcement for the video describes them as follows:

"Part lion and part eagle, these noble monstrous cavalry are ridden by only the most renowned knights of the Empire. Clad in ornate plate armour, their densely muscled frames enable them to thunder into combat, tearing their foes limb from limb and spreading fear among the enemy ranks."

Be sure to check out the full video below, and fans are also encouraged to subscribe to the official YouTube channel for the game to be ready for the first in-engine trailer to hit this Friday, July 17th.

Last, but certainly not least, following the video below we’ve also added some concept art for various units that you’ll definitely want to check out – enjoy!

Total War: WARHAMMER Set for April 2016 Release Date
Fans and followers of the Total War franchise have a lot to be excited about this week, as the official release