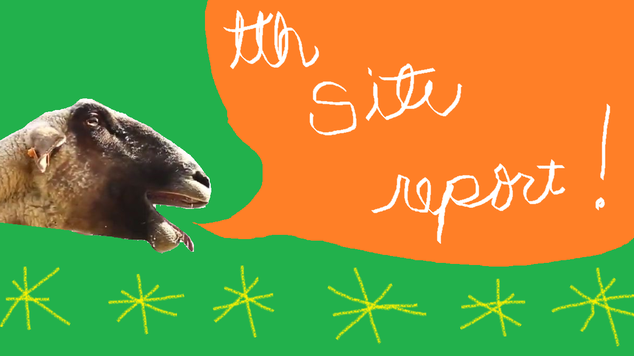 Last week, the team went into what the implications of EverQuest Next failing could be. After this conversation, Fil started thinking about what happens from a player perspective when you become invested – emotionally or otherwise – in a game, only to have its doors close. I just know I wouldn't be here if it weren't for Vanguard.

In Part 1, Veluux goes over how much MMOGs have changed over the years, and how they're continuing to change. This one discusses World of Warcraft and how studios are finally starting to pull away from “WoW clones” and get back to innovation.

This week on Landmark's Extreme Homes, Shayalyn takes us on a tour of homes and other builds that use Landmark's already gorgeous landscape. As someone who picks mountainous terrain in order to carve balconies, caves and pools into, I can really dig this week's episode.

Here's Part 2 of Veluux's lore review for the Arch Mage, which once again, has tons of spoilers if you haven't read the ebooks. If you haven't, he gives a handy link to SOE's page for them. If you have gone through them already, read on!

This week, Fil profiles Darrin McPherson, a Lead Designer for EverQuest Next. Learn all about McPherson's start and the journey that brought him to SOE and EQNext.

This week, our wise druid is asked about the lore reboot for EQNext. As someone who's been frolicking through Norrath for the past 15 years, I can understand the hesitation. Some people weren't happy with the direction that EverQuest II's lore took at the beginning, in its alternative universe. I see Next as a whole new opportunity, especially since the lore here takes place well before the Norrath we originally started with. We get to build Qeynos! If you need an introduction to EQNext's lore, check this dev diary out:

Week 9 for EU started off with Alliance still holding the first place spot and feeling pressure from Fnatic. However, as we continue through the week, Alliance manages to give themselves a more comfortable lead, Fnatic still has a cushy second place, and Millenium is tied for third with Supa Hot Crew. Over on the NA side of things, Week 9 started off with LMQ in first, Counter Logic Gaming a couple points below for second, and Cloud 9 HyperX with Team SoloMid staring each other down at third. At the end, though, we see LMQ hold onto first, while second place becomes a contested three-way tie between Cloud 9 HyperX, Counter Logic Gaming and Team SoloMid. So, what does this mean for your fantasy league standings? Better check out Justice's update to find out!

eSportsMax saw the most coverage this week from The International, Dota 2's annual championship. Start off by checking out the photo gallery for the event and then check out some of the articles, like highlighting Newbee (article 1, article 2), participantinterviews (Aui_2000 from Cloud 9 and March, MVP Phoenix Team Captain), to day two and day three wrapups. Want to get an onlooker perspective? Have a look at this video interviewing fans:

And in other news...

If you missed anything from DreamHack Valencia, here's a good recap. Need more Naxxramas in Hearthstone news. (The answer is yes, we all do.) Here's ESM's take. Because esports isn't immune to drama, here's an episode of Dynasty for modern times. IEM Shenzhen also happened this week. Have a look at who bested in Hearthstone and Starcraft II tourneys. Speaking of Hearthstone, WEC had qualifiers for their card slinging prize bucket of cash. Lastly, you might have noticed a fancy-pants man wandering around the Red Bull Battlegrounds. Want to meet the man behind the moustache? Sure you do, so click here.

After reading this guide, I feel like I'm quite prepared for my first LAN party, considering my PC monitor is 22” and my TV is a whopping 26”! In all seriousness, though, if you've always wanted to travel to a big con, like Dreamhack, but didn't know how to even begin to prepare for it, Jared's article will get you going in the right direction.

So, why should you know how to last hit, you ask? More gold, obviously! Learn all about the fine art of last hits in Dota 2 right here.

News for Heroes of the Storm, Blizzard's MOBA based on their Warcraft universe, doesn't get as seem to happen as often as its other titles. Maybe they just need a Naxx adventure? In the meantime, learn all about Blackheart's Bay, the map and what to expect.

If you're like me, you're trying out Hearthstone just to get to experience Naxxramas all over again in a different medium. Or, maybe you just want to make sure you fully know what you're getting into as you head off into Naxx, even as a seasoned player. Either way, this guide is handy!

After you fought your way through The Arachnid Quarter successfully, you'll now have access to the Heroic version of the wing. Heroic mode means higher difficulty and the bosses being able to have more abilities. Be on your best game following these tips.

Having trouble with Anub'Rekhan in Heroic mode? This guide goes in depth on what to expect and how to squash this spider once and for all. >8< spider power

After you showed Heroic Anub'Rekhan what a real phylumist is, it's time to dance with Heroic Faerlina. Reading this guide, the Grand Widow isn't that much of a challenge if you know what's coming.

Finally, we come to the last boss in Naxxramas' Arachnid Quarter: Maexxna. You've already defeated her in normal if you're now in Heroic, so you already know what to expect from her basics. Learn all about the besting her heroically.

One time, I had a guy hit on me by telling me about how he was “almost diamond” because, I mean, who wants to talk to some filthy bronze league scrub, right? If you want to impress all the ladies, then you'll want Jared's article here so you, too, have some great opening lines to really get all the women interested in you.

Are the achievments in Season 2 harder or are they just more of the same ol'? Are they another boring grind that gives little satisfaction or is the sense of accomplishment greater? Do the achievements for Season 2 progress in difficulty?

If you're like me, you're a resource hoarder. Logging back into WoW after 3+ years of inactivity, I found my banks full of...I have no idea, but that stuff looks important, OK?! If you want to have your Guild Wars 2 bank not be like my WoW one, here is a good guide on how to turn those space-hogging materials into in-game cash.