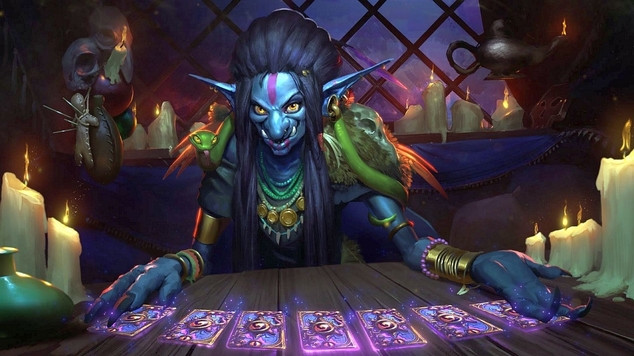 Whispers of the Old Gods Release Date Leaked set for April 26th
The release date for the next Hearthstone expansion has been release unintentionally.

Thanks to some fine sleuthing via the Hearthstone Reddit community, the release date for the next Hearthstone expansion Whispers of the Old Gods looks to have been uncovered. The date of April 26th was revealed when someone tried to purchase the Curse of Naxxramas from the online store, at which point they received the following message.

Starting April 26, 2016 cards from this set will only be playable in Wild play format (which includes the following game modes: solo play, Adventures, Arena, and some Tavern Brawls). You’ll no longer be able to purchase this adventure unless you’ve already unlocked at least one of its wings, but you’ll be able to craft cards from this set using Arcane Dust.

The date lines itself up with Blizzards statement that the expansion would be coming sometime in late April or early May, and April 26th just so happens to be a Tuesday which any Blizzard fan will tell you is a popular day for the publisher.