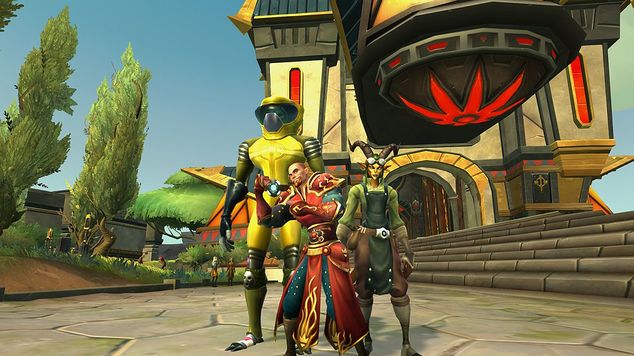 WildStar Adding Additional Realms to Help Alleviate Congestion
To help alleviate some of the lag players are experiencing, WildStar is working on adding additional temporary

In one of the smartest launch day solutions I've ever seen, Carbine is going to add four additional realms to WildStar to temporarily help alleviate congestion. At some point later on, these realms will be merged back into the megaservers, but for now they'll help alleviate a lot of the stress the main servers are experiencing. They've been working hard on reducing lag, communicating with players, etc. and now they're taking action even further to help with queue times and the such:

While we're making progress, it’s clear we need to do more. In the next 24 hours, we’ll be adding new hardware that will enable us to open up four realms across the United States and Europe. Adding these realms will significantly increase the amount of players who can get into WildStar. We believe that this will address the issues above, dramatically improving the game experience, reducing lag, and improving queues. Once we have resolved the current issues, we plan to merge these additional realms.

It’s important to us that every player has an amazing time on Nexus. We are focused on delivering that experience.

These servers will be merged back into the megaserver alleviating the worry that these will grow into stagnate servers. This is a temporary measure to help with queue times and lag, and as I mentioned in my previous post, it's difficult at launch to bring on a ton of hardware for a rush that'll last at most two weeks for literally any game. Think of this as a grocery store checkout situation. Four lines are open and the lines are really long, so they're going to open up four more lines. When things get less busy, they'll close those four lines and everyone will use the four that are always open.

This is a temporary fix. I don't believe they'll be offering transfers or cross-realming, as these servers are to just let you play during this high volume launch time. They'll merge back into the existing servers. So if you're impatient and want to play now, or never have made a character before, these servers are hyper viable. I'm really, really happy with this approach, actually.

Anyway, you can read about the update here.