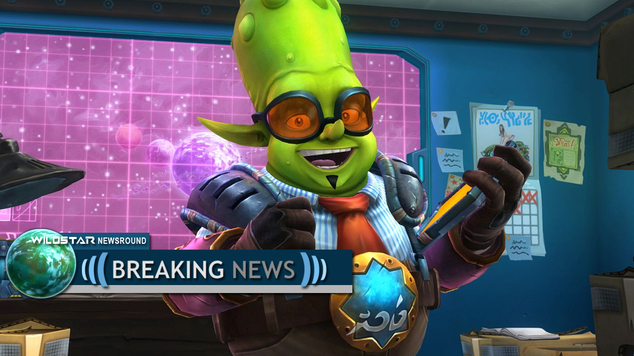 Phew! What a busy 7 days on Nexus that has been! First things first, the Strain Ultra-drop has arrived and brought with it a whole host of goodies. You can view all our initial coverage here, the Dev Speak here, some information on where to start here and lastly, the patch notes here. If you haven’t played any of it yet, you really should. There isn’t much to do in the patch if you haven’t reached maximum level besides typing /strain but if you have, Blighthaven absolutely has to be visited: it’s one of the best zones in the game right now.

Over on WildStar Fans and if you aren’t yet level 50, they’ve a video tour of Blighthaven. The video sums up the zone perfectly so it’s well worth a look.

Next on the list is the official update on the war on botters. Gaffer took to Reddit to have a chat about what’s happening and what the results are, so far. From what Gaffer had to say it sounds as though the bot clean up operation is going well and that Carbine have plenty in the works for making identifying and removing bots even easier.

The main upcoming fix for us is going to be reporting tools integrated with our back end processes letting you easily submit reports and our CS teams to easily field them. Those should be coming online next week if they make it through the QA process - this basically mirrors what we were able to do for zone spam (which got cut down efficiently based on a similar system). A few addon developers have worked on the ease-of-reporting part of this in the interim (thanks guys, it's appreciated).

Alongside Gaffers Reddit post he’s also made a news entry over on the official forums discussing WildStar’s launch and the accomplishment as well as the difficulties that Carbine have faced. There’s still talk of bots and the need to use the 2-Step Authenticator but also plenty of bug fixes and optimisation improvements.

It's been a pretty busy time and we're pretty happy with where things are at, while (always) being transparent on what we want to do better.  We want to thank you all for your time on Nexus, for helping new players get acquainted to the game (they're the hardcore of the future) and for sharing ideas and thoughts with our dev team on how to make our game even better.

If you fancy yourself as a bit of a writer and want to get more involved in the WildStar community, WildStar Core are currently looking for guest content.

There’s a new hotfix from Carbine today that’s supposed to have fixed the Rated Battleground Queues as well as some minor fixes to performance. I’m not sure to what degree its fixed it as I’m currently sat in an 8 minute queue that has lasted 55 minutes. The full notes are below:

From Reddit I’ve picked out a discussion on PvP. As it currently stands PvP has some serious issues in Arena with Warriors (DPS) and Medics (Shield Surge) being far too powerful. In addition, the fact gear still hasn’t been fixed (another month to wait!) and only two Battlegrounds is enough to put many people off the game mode entirely. There’s some good discussion and suggestions in this thread.

There’s another great discussion on PvP here, more aimed at match-making and how it’s fundamentally broken. It’s always interesting to read about other peoples solutions to problems and there’s plenty here.

Next up is a discussion on Trigger Fingers. I was fortunate enough to have bought mine for 6 Platinum where as it’s now up to 15 or 20 Platinum on some servers. For an AMP that’s mandatory for the class it’s incredibly expensive but is absolutely worth the cost. As to whether or not it should be easily obtainable (or easier) - this is up for discussion.

Lastly, Taugrim has an awesome post about Keybinds. It was published about 15 days ago now but I still see a lot of people asking about keybindings and what’s best for WildStar so I think it’s well worth a read if you’re struggling or want putting on the right path.