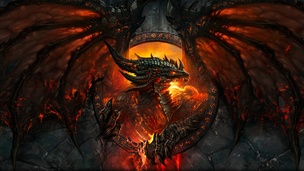 Blizzard has released the four videos that will serve as TV commercials for World of Warcraft's latest expansion, Warlords of Draenor. 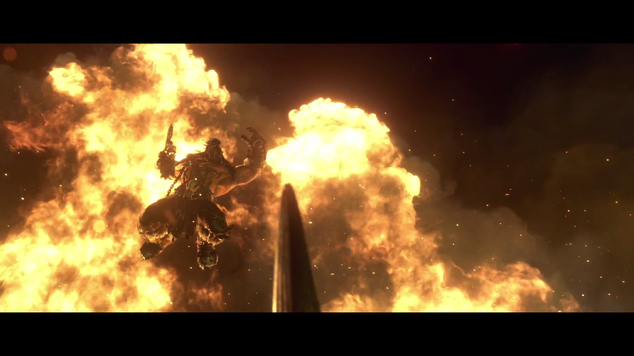 Blizzard has posted the new commercials it will be buying airtime to show off to remind us all that World of Warcraft's latest expansion, Warlords of Draenor, is just a brief few weeks away. These are all brief clips that show very little gameplay. I'm not sure if it's a plus or a minus that not one contains Mr T proclaiming that he's a Night Elf Mohawk. Of the four commercials, the first one listed in the announcement is entitled “Grommash Death Stare,” which is pretty much all it is. Just a silvery orc breathing heavily. I'm pretty sure that anyone bleary eyed, barely surviving late night TV coming across Grommash won't be having dreams of candy, rainbows and unicorns.

Next up is “Bond of Iron,” which is twice the length of the death stare at thirty seconds. I'm pretty sure that Blizzard can't be all serious all the time, so the second trailer has what looks like a movie critic quote float across the screen, attributed to Chieftain Blackhand, “Our bond is iron.” “We will be conquerors,” says Warchief Hellscream. Others might not see this as humorous as I do, but I find the humor subtle and enjoyable. It's definitely a nice break from that creepy Grommash starin' me down. Is this the part where I let it be known that I find David Lynch to be hysterical and admit how often I laugh watching his movies? Maybe my sense of humor is off.

The third commercial in the series, “Iron Horde,” is by far the most hysterical to me. I think it's the grunty orc voices shouting about how awesome they are that just does me in. I have a feeling that loudly proclaiming that you and your orc horde will never be slaves is some sort of doomsday foreshadowing that I wonder if we'll see throughout the storyline in Warlords of Draenor. I didn't get that far in my brief foray into beta, which I'm okay with. It'll make leveling through it enjoyable, since I won't have gone through the quests enough times to sleepwalk through them.

“Conquerors,” the final commercial, is fifteen seconds in length like “Grommash Death Stare.” By the time you get to the final video, it doesn't hold the same appeal as the others, because by now you know it's clearly made from recycled footage. It's a chopped up version of “Iron Horde” and is severely lacking in the humor I found, or any other sort of oomph it could have had. Even when I wasn't busy giggling at the orcs thinking they could conquer things, “Iron Horde” had a bit of magic that made me excited for Warlords of Draenor's impending launch. “Conquerors” just doesn't do it for me and feels like filler after going through the other three commercials. I understand that the masses will not be viewing all of these videos back to back, since they are meant to be aired separately as TV commercials, but still. “Conquerors” is the only one that doesn't have its own identity, which kind of ruins the rest of the videos for me. Maybe I'm overreacting and just need more coffee. It is Monday, after all.

One thing all of the commercials share in common is that they all remind us that the Warlords of Draenor release date is November 13, 2014. Most of them also show us the level up animation when they mention the level 90 boost that comes with the purchase of the expansion. I'm still debating on what to use my boost on. I have an 85 Druid and an 84 Priest. Obviously my boost will be used on a healer, but do I go Paladin, Monk or Shaman? Decisions are tough, my friends.

Be sure to drop a line in the comments over which is your favorite Warlords of Draenor commercial Blizzard put together to advertise the new World of Warcraft expansion! While you're at it, I'm totally open to hear your opinions on what healer class I should use my boost on.