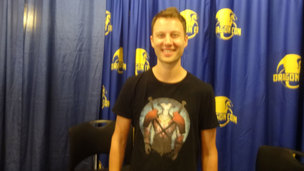 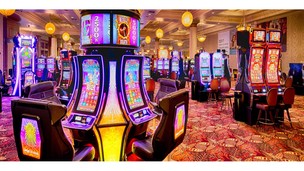 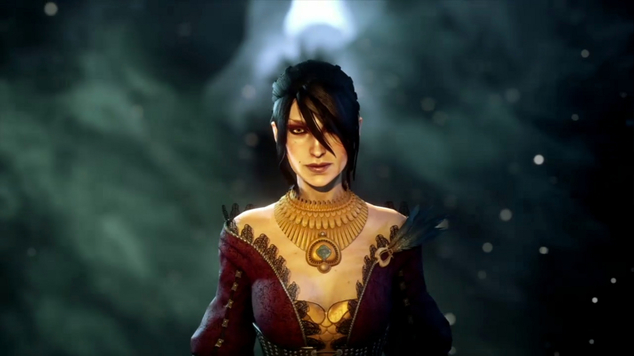 A Closer Look at Crafting in Dragon Age Inquisition

With the release of Dragon Age: Inquisition just over the horizon, excitement is beginning to build to a deafening crescendo for what is bound to be the biggest RPG of the year. This third installment in the series packs in a lot of what was great from the first two games, but will expand and improve upon core systems in meaningful ways.

This week we jumped at the chance to sit in on a roundtable discussion with Inquisition Producer Cameron Lee, who was awesome enough to field a number of our questions on crafting and customization. In many ways the two go hand in hand, as the crafting system will provide ample opportunities for players to continue customizing how their characters look and function long after you’ve left the character creation screen. 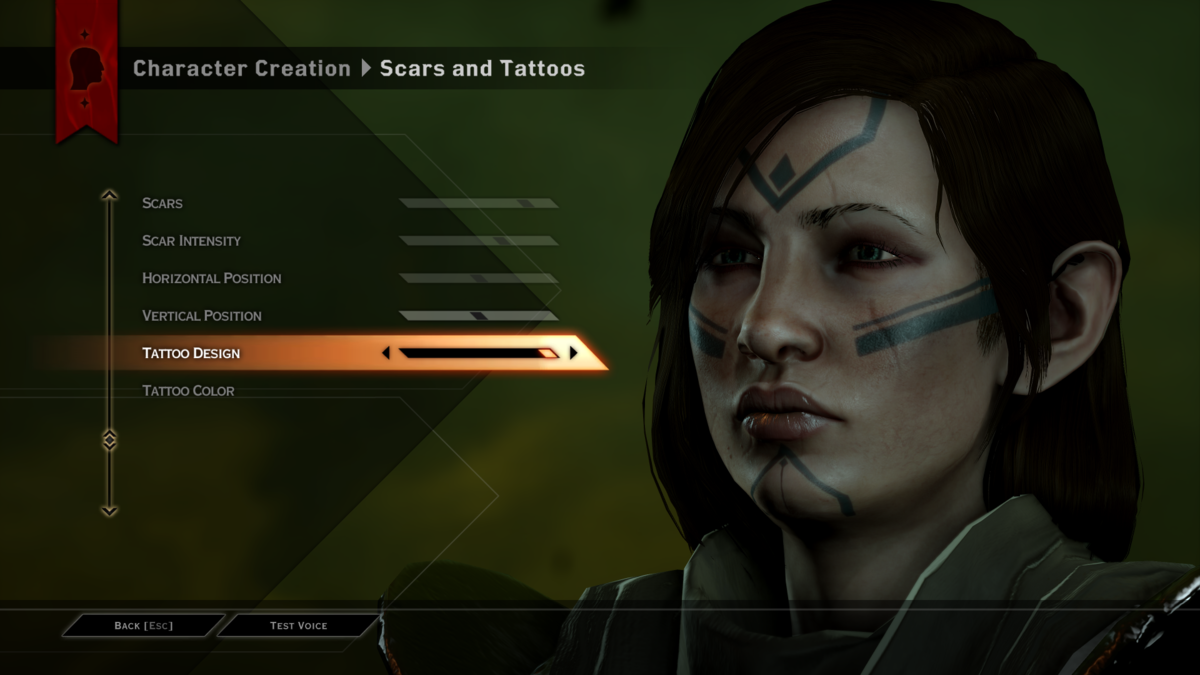 I’ll openly admit that I’m a major fan of crafting systems in MMOGs, but am among those gamers who are perpetually frustrated that crafted items are most often nowhere near the top of the itemization totem pole. I’ve also witnessed how this leads to some very specific emergent player behavior in most titles, regardless of how robust or engaging a giving crafting system may be.

As a result, crafting then tends to be one of the more polarizing gameplay systems, right up there with PvP battlegrounds and mini-pets. In other words, either you enjoy the crafting system and take personal interest in creating items for yourself or other players, or you largely skip over crafting entirely in favor of combat. Somewhere in between those two extremes, many gamers will use crafting as a means to an end by creating throwaway items to use while leveling up, or simply buy their way through advancement once they’ve reached the level cap and can afford to do so.

Being twice removed from the pressures of itemization systems focused on an artificial endgame progression system, Dragon Age: Inquisition will offer up a crafting system that not only provides plenty of depth, but rewards those players who opt to use it with armor and weapons that are equal to or greater in power than items you’ll simply find out in the world.

As Cameron explained, BioWare has also attempted to remove some barriers for entry with crafting in Inquisition by including upgrade slots to both found and crafted gear. For example, even if you’re not the type of player to nerd out on gathering materials to create a new sword from scratch, you’ll likely come across a kick-ass sword in-game that you can then upgrade with various parts like a new hilt. While there will be some items that won’t have upgrade slots, those will be pretty rare. Otherwise, just about any armor or weapons you obtain can be modified. 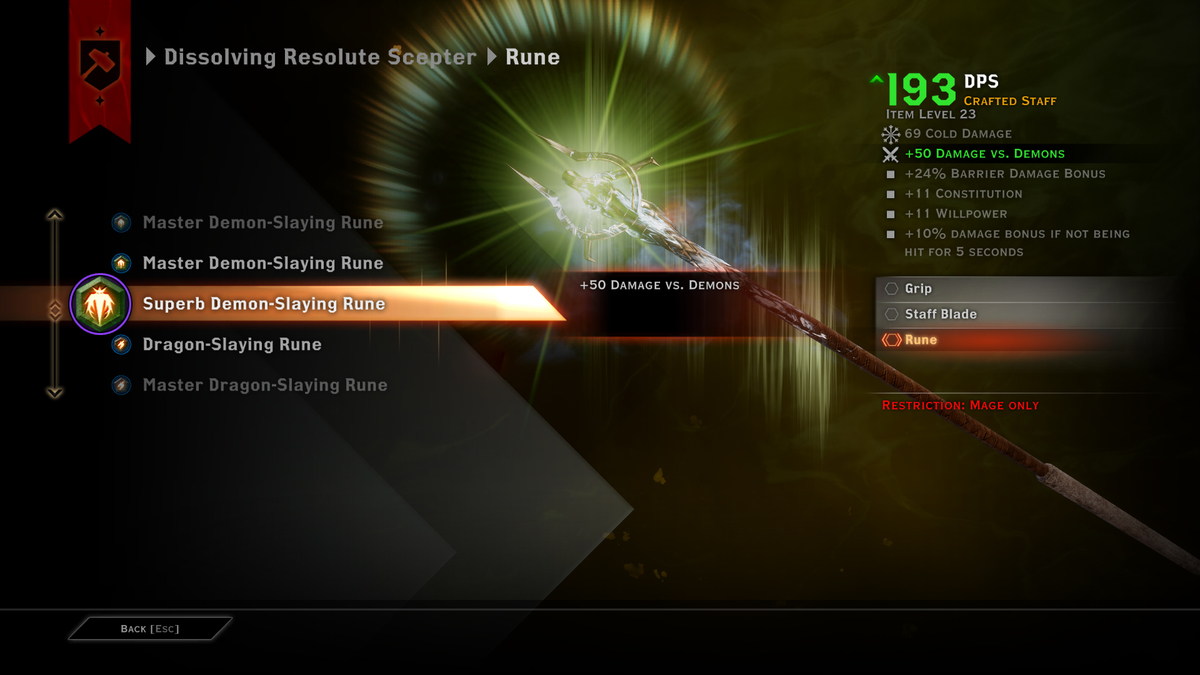 Crafting items will require schematics which will be found by players in a number of different ways throughout the game. Once found, you’ll be able to reuse the same schematic as many times as you like and produce different versions of an item based on which materials you use to create it. This will also have a direct impact on the look of armor or weapons which will take on visual characteristics of the specific materials used.

So in the sword example above, a sword crafted using iron is going to have a very different look compared to one made using gold from the same schematic. The overall shape of the item will be the same, but it will be obvious that different materials were used.

The potential for a given item will also be somewhat decided based on how many available material slots are contained within the schematic you’re using. This concept should be somewhat familiar to MMO gamers, and is part of the backbone of what sets something like a legendary item apart from more common items. 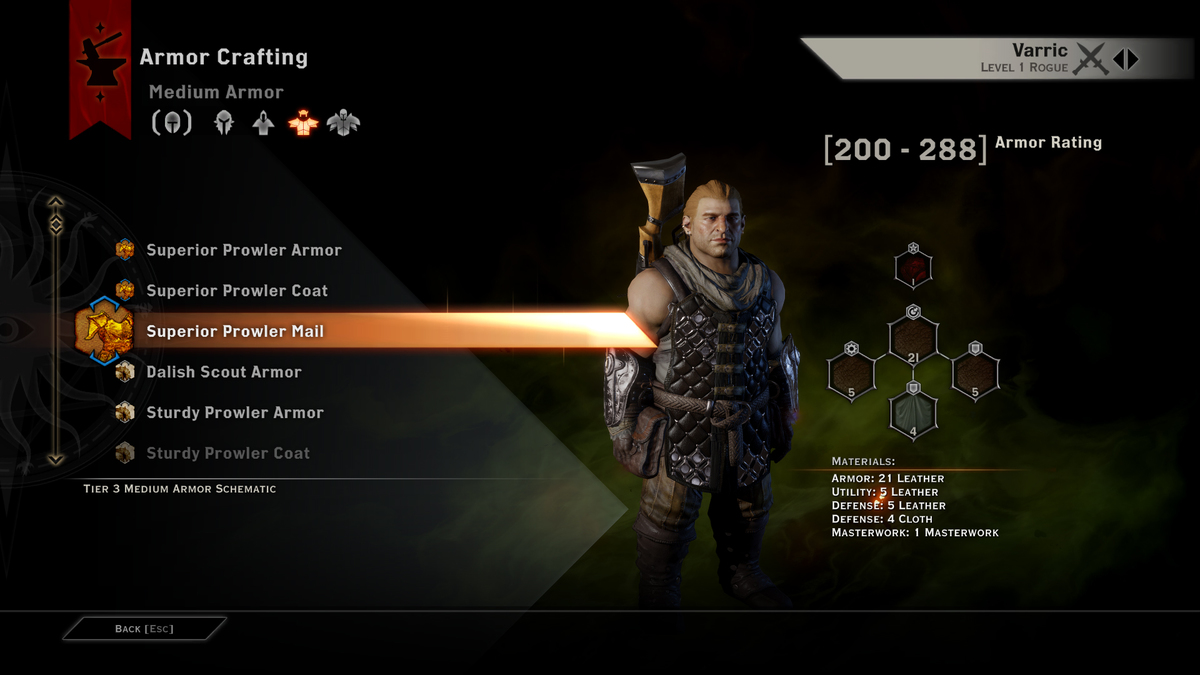 In the case of legendaries, while some will be found through normal gameplay, in terms of crafting they will require a powerful schematic with numerous slots and metals that can go into it. One of these will be a Masterwork slot, and will allow you to create very different versions of the same item depending on what material is used.

Of course, customizing your character extends far beyond the crafting system in Dragon Age: Inquisition. The next article in this series will take a closer look different aspects of that spectrum, from character creation to talents, and even some tips for the min/maxers out there who want to make their inquisitor into an unstoppable juggernaut.

In the meantime, our friends over at BioWare also provided the following infographic on customization and crafting in Dragon Age: Inquisition that offers up some additional insights for fans. 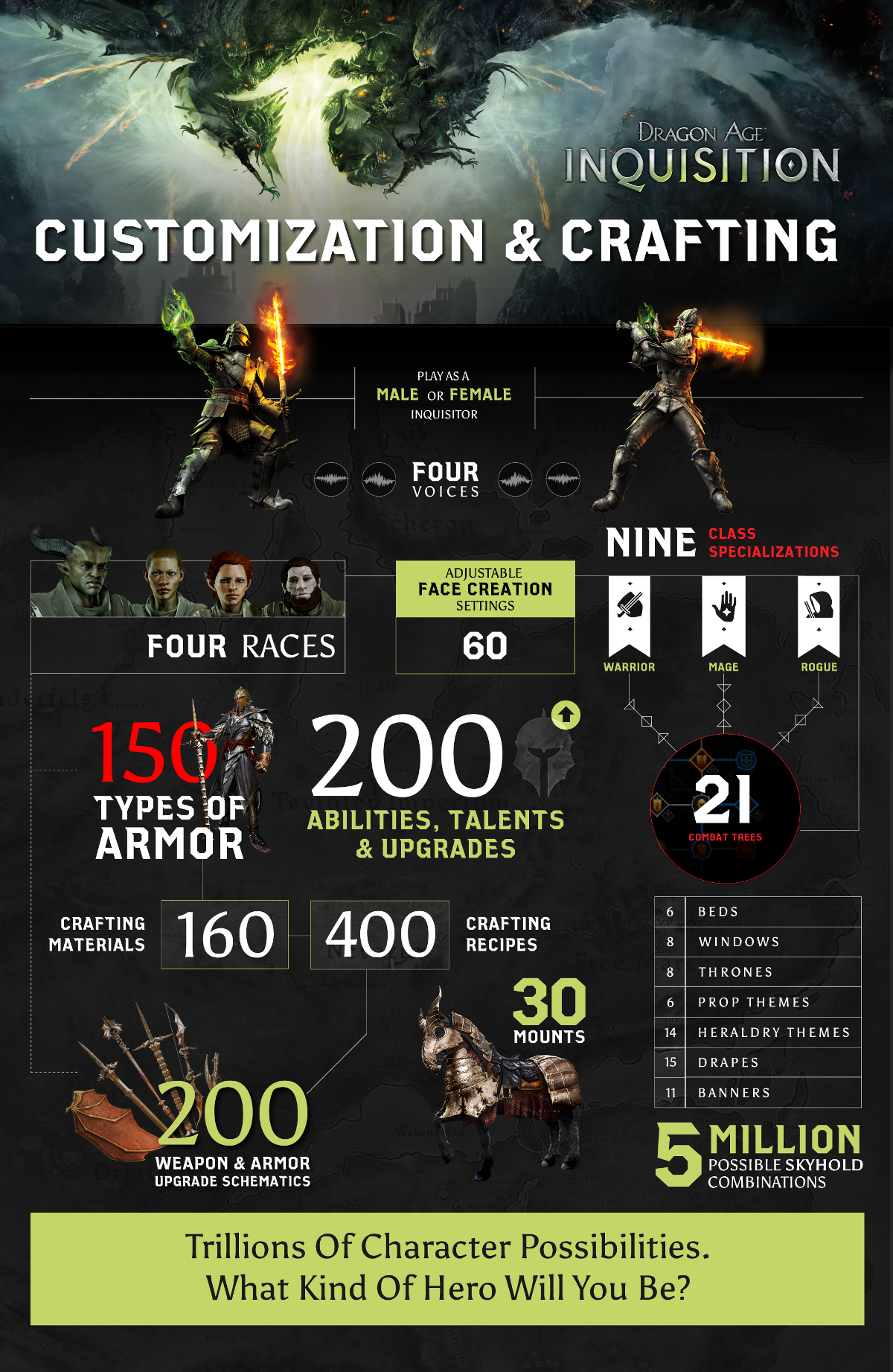