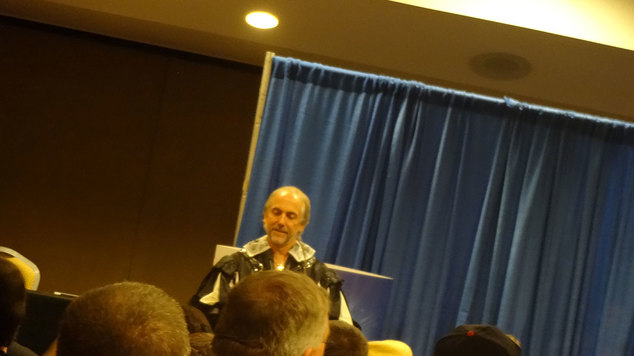 An Hour with Lord British Recap from Dragon Con 2015
We sat down to listen to Richard Garriott de Cayeux, aka Lord British, share tales and adventures from his life

One of the most fun panels of my life (this is super subjective, mind you), literally, was “An Hour with Lord British” which involved Richard Garriott de Cayeux, aka Lord British, just talking about how he made video games, his love of space travel, and a few cool things about geocaching and his house. While not specifically about Shroud of the Avatar, I think a lot of the stories are really cool and I really want to share them with everyone, even if most of it has been known.

The panel started off with a full house and it remained full until the very end, when Garriott’s fans had to be ushered out as they wanted to hang around and chill with Lord British himself. No one really left during the entire panel, everyone sat stuck to their seats listening to every word. He began by explaining that he only attends conventions where he’s invited, to save the money of his backers, which we’ll actually be discussing in our interview series with Lord British himself. 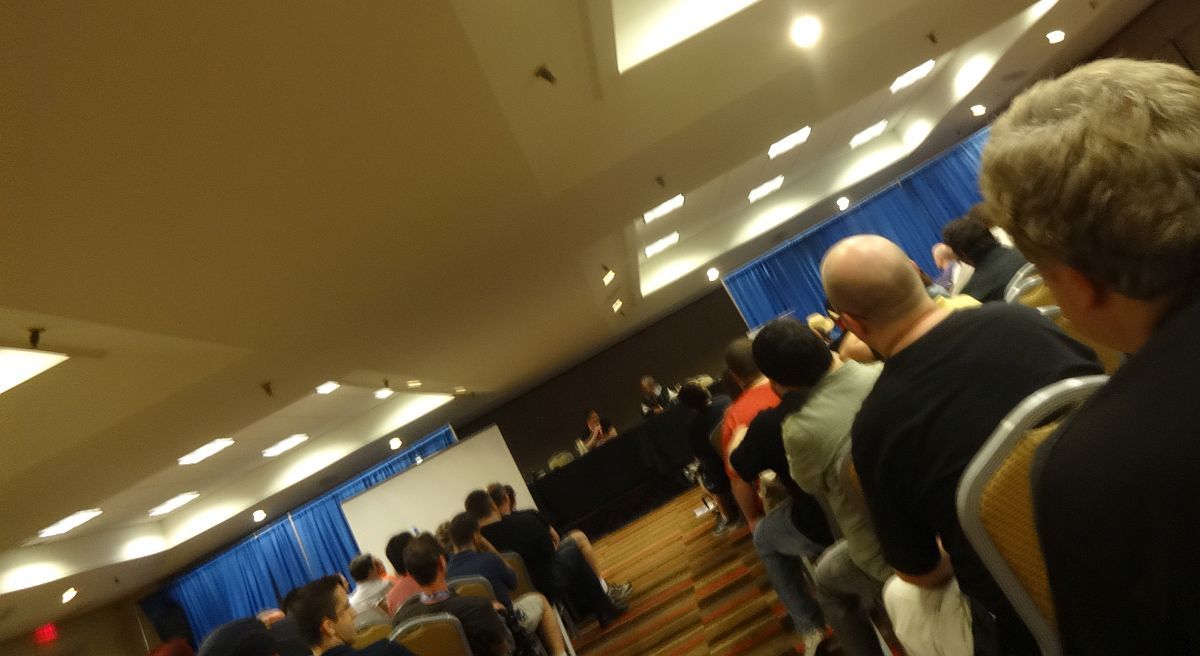 We’ll start off with his first major story, how he got involved with video games. Garriott is self-taught and basically the pioneer of RPG games on the computer. When you play any RPG, you can pretty much thank Garriott for it (my bragging, not his), but his interested in science started at a really young age. In Kindegarden he won the science fair project at analyzing the Cicada killer wasps / hawk (sphecius speciosus). He was interested in Dungeons & Dragons since its foundation, when it was just three books (1974, OD&D as it is referred to now, was a set of three books in a box set) and became obsessed.

In high school, he worked on computer games, even on teletype machines where you had to print out each and every action on a printer. It wasn’t until the Apple II came out that he thought hrm, maybe we can do something with graphics. He reverse engineed a game called Escape! To figure out how to make his game. Each game up until this point was D&D1, D&D2, D&D3, etc. When he reached the point he was adding graphics, he was at D&D28, he then added a B to the end.

At the time, he was working at ComputerLand, where the store owner encouraged him to sell the game. He named D&D28b Akalabeth and sold it. It was way better than other software at the time and he put it in a ziplock bag and had his mom draw cover art for it. It sold alright in the store, but a copy made its way to California Pacific Computer Company, where they flew Garriott out and offered him $5 for each copy sold.

Garriott, within 7 weeks, received $150,000. CPCC published the first Ultima, known as Ultima I, but when it came time for Ultima II, Garriott had a very selfish request. He wanted a box and a cloth map, which was too expensive for them to do. He shopped his game around until he got to Sierra, who agreed with his insane request.

Yes, as usual, you can thank Garriott for literally every small thing that computer gaming had, from boxes and cloth maps to RPGs and beyond.

He eventually landed at EA and, at the foundation of Ultima Online, wanted to make one of his Ultima games to have Internet access. EA said no, and at the third pitch he literally threw a temper tantrum to get the additional funding, kicking and screaming, not taking no for an answer. They relented, and he began work, but they ran into a problem – the game was too big to download over the Internet. So they needed to send CDs out, but they couldn’t afford it.

So he made a website. Yes, EA.com’s first website was made by Garriott in order to let people buy $5 copies of what would be Ultima Online, the first AAA MMORPG. 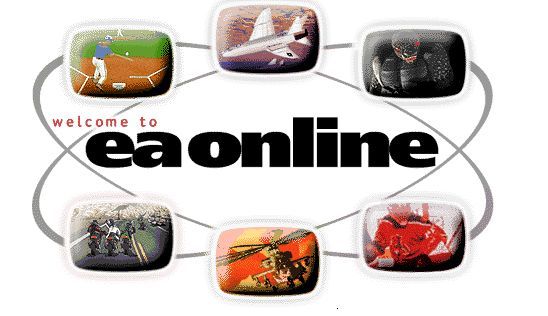 I'm not supposed to put text under an image like this, but you know what, man this brings back memories. Who remembers Multiplayer Matchup?

From there we know most of the story. Ultima Online was a great success and is still looked at as a model for a classless system, player housing, and so much more.

There are three other interesting points in this story. Let’s go into Garriott the astronaut.

Garriott really, really wanted to go to space. Actually, mention Garriott’s name to anyone and the first thing they’ll mention is “space.” He’s spent his life savings multiple times just to attempt to go to space, eventually succeeding on the Soyuz TMA-13/TMA-12 missions. 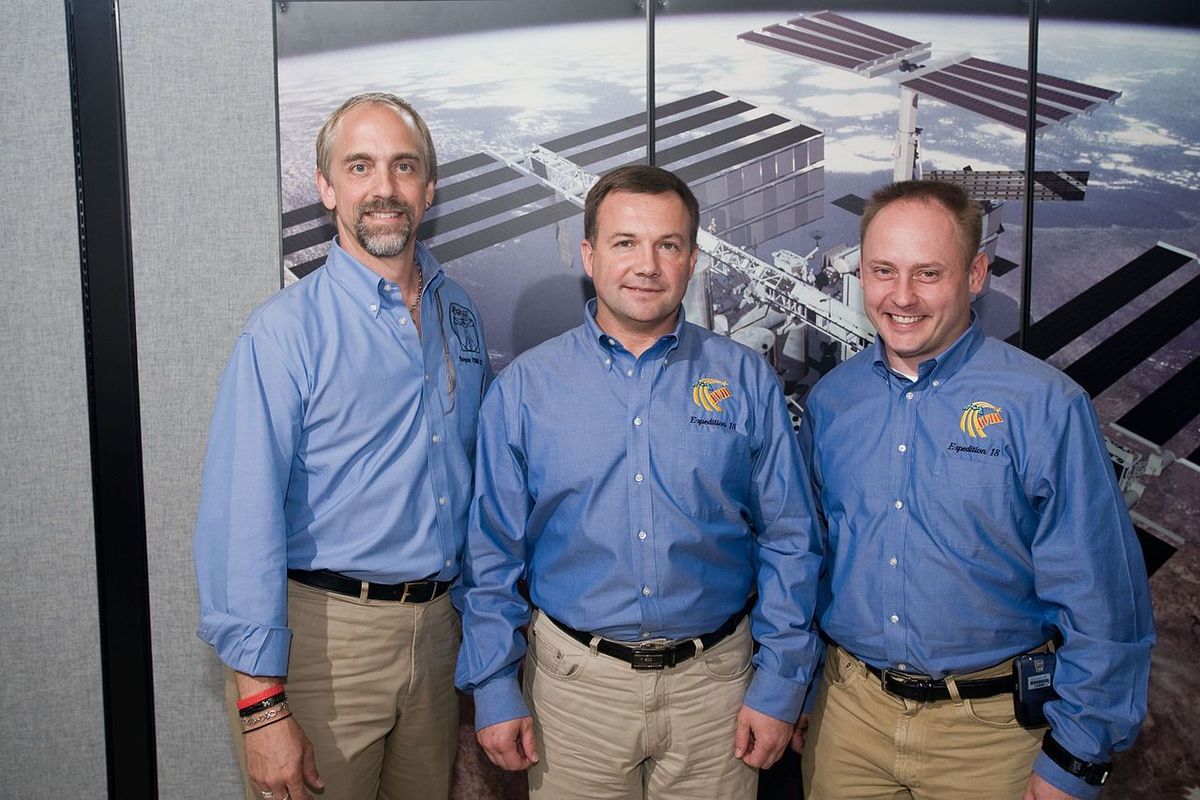 Now, let’s talk Britannia Manor. One thing I really regret is getting Garriott to talk about the time he held off a deranged fan with an Uzi, which is like one of the coolest game development stories I can think of, but alas.

Richard Garriott loves keeping Austin Weird, and Britannia Manor III has a lot of cool things going for it. Like, for instance, a bed that lifts up out of the roof, he drilled through the ground to build an elevator down to the lake, secret passages, and so much more. The most interesting part is the Necropolis of Britannia Manor III, which is a haunted geocaching location.

One day at work, someone was like oh hey there is a geocache next to your house and Garriott was like woah, that’s kind of creepy. He got really interested in it, and eventually helped build out the Necropolis, with all kinds of spooky skeleton things and even a quarter smasher to commemorate the journey.

He’s also working on a personal transit system for Austin. His originally though was gondolas, that wouldn’t increase traffic, which would take you directly to your destination, and on demand. They’d be raised off the ground, interconnected grids that would push them onto other lines, and you could take on anywhere. They weren’t pretty and every expensive. He’s now looking at personal rapid transit as  a method, considering his first attempts were blocked by the rail industry’s investment into Austin.

You need applications powerful enough to compel a purchase, according to Garriott, and VR won’t take off until there is powerful enough software to make the VR experience desirable. An example given was Guitar Hero, which engaged players to purchase plastic guitars and other assorted things. Another example he gave is that you can’t play a really good game of virtual tennis right now, but if you could, there would be a lot more interest in VR.

There were a few other comments in the Q&A, like he would love to redo Ultima 4, Underworld can’t use Ultima’s name (but it has his blessings), and his snake symbol is from an episode of Doc Savage with the snake cult.

That’s about all from the Hour with Lord British panel. We actually had the chance to sit down and talk with Richard Garriott about Shroud of the Avatar while at Dragon Con 2015, look forward to that coverage coming soon.